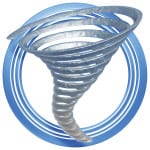 In observation of Severe Weather Awareness Week, tornado sirens all over the state of Ohio blasted in a statewide test at 9:50 a.m. on Wednesday, March 6. As the sounds of sirens all over both Williams and Fulton Counties sounded off, The Village & Wauseon Reporters turned to our readers, asking if they had heard the test. Responses were split with exactly 50% answering yes, they had heard the test and 50% answering no, they had not. This split was regardless of where readers were located when the test sirens sounded off with readers from the same towns answering differently.
[emember_protected custom_msg=”Full content protected for online subscribers.  Purchase a one week subscription from the top menu bar for just $1.99 to read all online content (full access).  Longer subscription plans are also available.  Subscriptions cover our costs to attend local events; bringing forth Hometown News Coverage to our communities.”]
While tornadoes can occur on any continent, the United States has far more occurrences than any other country with an average of over 1,000 tornadoes a year. China comes in a very distant second with an average around 100. A good many of these tornadoes occur in what we know as Tornado Alley – a stretch of land that reaches from Texas to western Ohio. With more than 900 tornadoes occurring since 1950, Ohio ranks 17th among the 50 states and incurs an average of over $21 million dollars in damages by tornadoes each year.

Why, then, does only half of the population hear the sirens sound?

Part of the answer lies in the fact that the sirens are designed as outdoor warning sirens that are meant to warn people outside of threatening weather and to encourage people to take cover and go indoors and turn on their local radio or television stations for further information. The other part of the answer lies in that many villages, especially smaller villages, have only one siren located in town. Populations outside of the city limits are unlikely to hear the sirens, which on the calmest of days can only be heard a few miles away.

As one of our readers noted in her reply, sirens designed to only be heard outdoors with a small radius do little good during the night when people are sleeping inside. The good news is that the atmospheric conditions needed to produce tornadoes are far more common during the day than during the night so nighttime occurrences of tornadoes are extremely rare. With 59% of tornadoes in the state of Ohio occurring during the months of May, June, and July, readers are encouraged to tune in to local radio or television stations during daytime hours if they are outside the radius in which a siren can be heard or if they are going to be inside during any time that they are going to be somewhere where they might be unable to hear the warning sirens.

Readers are also encouraged to familiarize themselves with the different types of alerts issued in regards to threatening weather conditions:

Readers should also note that along with the statewide testing of tornado sirens, both Williams and Fulton Counties tests their sirens on a monthly basis. Williams County tests on the first Monday of every month at 11:00 a.m., Fulton County on the first Friday of every month at noon. The sirens are all activated locally through the 911 Dispatch Centers.[/emember_protected]