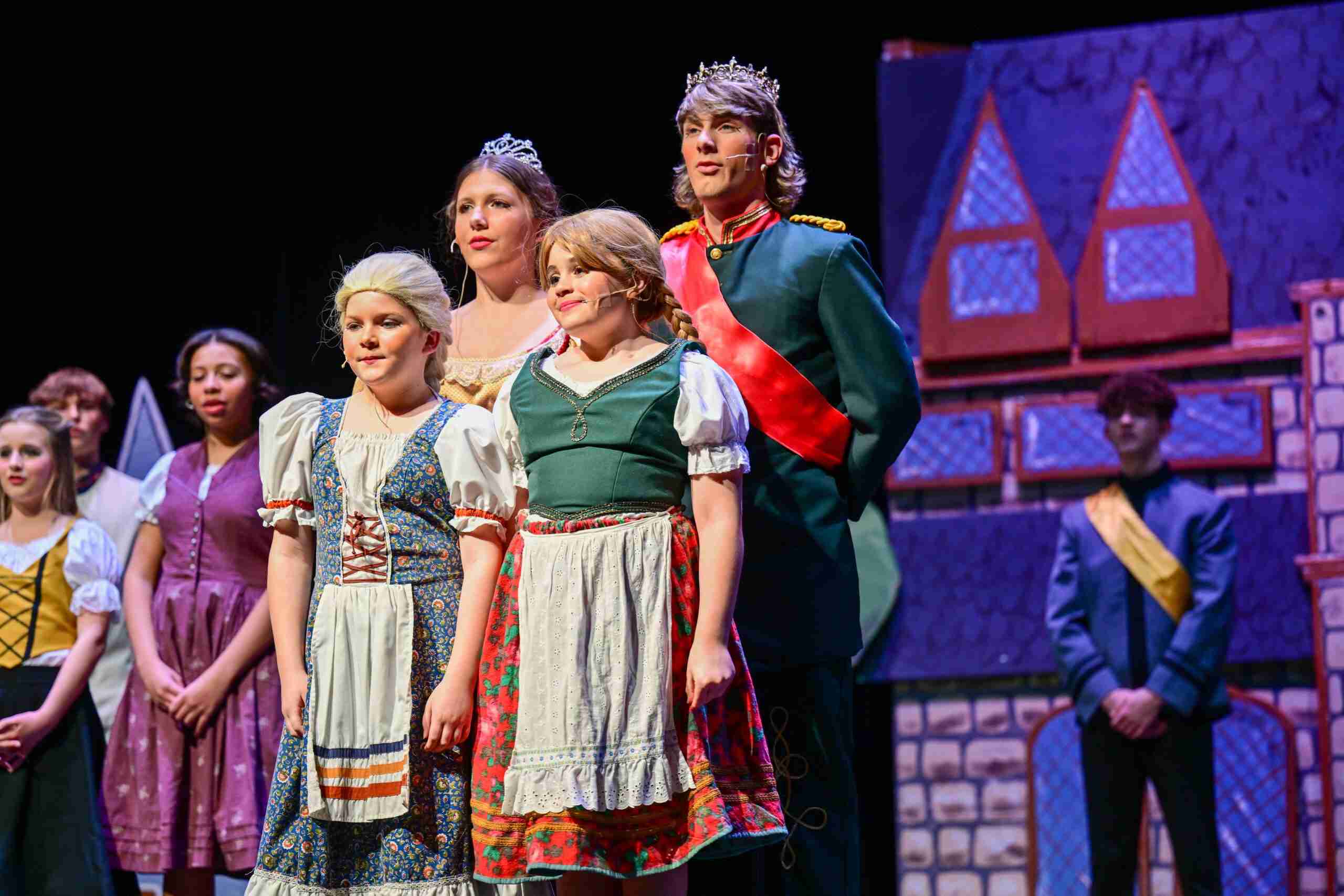 Swanton High School students have proudly performed Frozen Jr., a musical based off the Disney animated film Frozen and Broadway show of the same name.

Showtimes for the performance ran from March 31st to April 3rd with each performance taking place at 7:30 p.m. except for the 3rd which took place at 2:00 p.m.

The musical followed the original movie very well with original music also being played by the school’s pit orchestra. The show started out with the King and Queen of Arendelle and the younger versions of Anna and Elsa.

Through the story, as Elsa and Anna are playing, her magic accidently strikes Anna in the head. Her parents take them to see the mountain trolls who are able to heal her, but in doing so remove any memories she may have of the magic her sister possesses.

As the story progresses, we see the two characters grow up and hear the iconic song, “Do you want to build a snowman.” The pairs parents are then lost at sea leaving Elsa to inherit the kingdom.

During her coronation as Queen, her magic is exposed, and she runs away in exile. Anna leaves the kingdom in an attempt to find her sister meeting other characters along the way such as Sven, Kristoff and Olaf.

The sisters eventually reunite and work to fix the kingdom which has been frozen with a blizzard that Elsa’s magic has caused. The musical was performed wonderfully.

The singing done by students was superb and the music created by the orchestra was excellent. Set work done was also good with some sets that were used being somewhat large in size.

Comedic moments also took place during the musical with the sound of children’s laughter filling the auditorium at times.

In the program handed out to those who came to see the musical, Director Julie Zedlitz had a message to numerous people, but also included a message to the cast of Frozen Jr. that read the following.

“I want to thank you for going above and beyond, showing up for rehearsals day in and day out, and have shown responsibility and commitment to this production.”

“I know it is a lot of work and takes up much of your time. Thank you all for sacrificing things to make this production one of the best. It makes me proud to call you my students.”

“Thank you from the bottom of my heart! These are the memories you will keep forever!!” 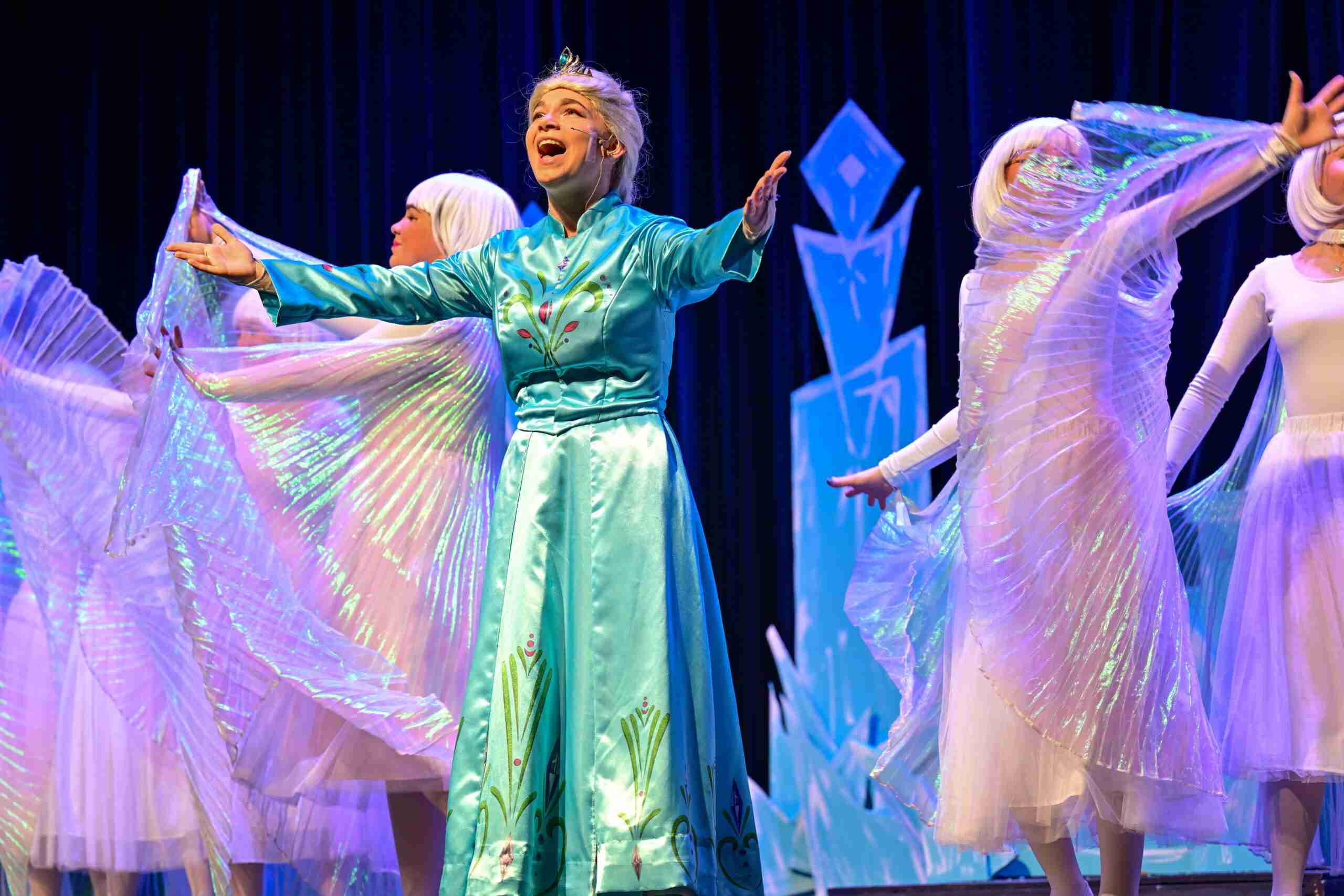 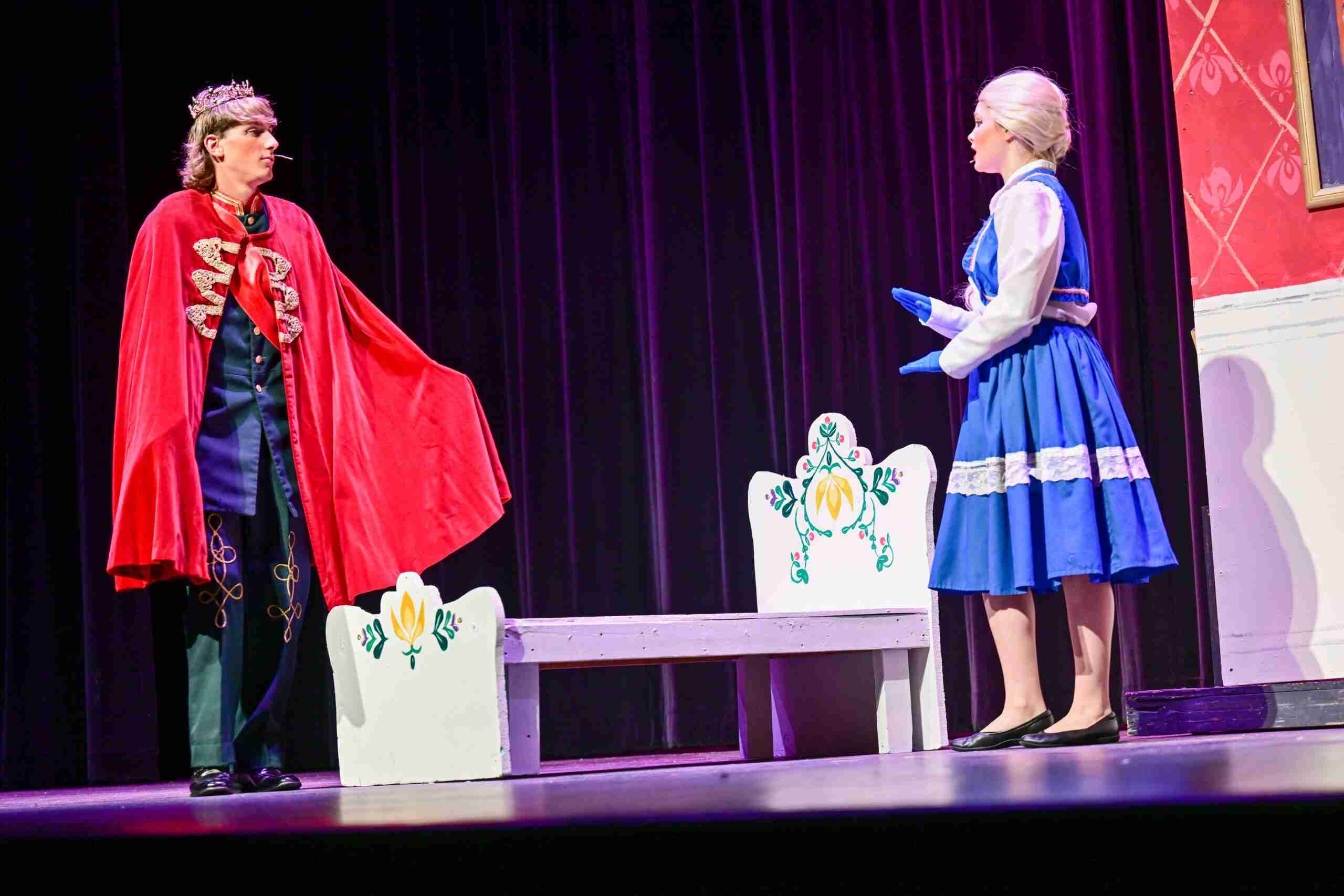 MIDDLE ELSA… Middle Elsa, played by Emma Swick, stands with King Agnarr, her father, as they discuss her magic. 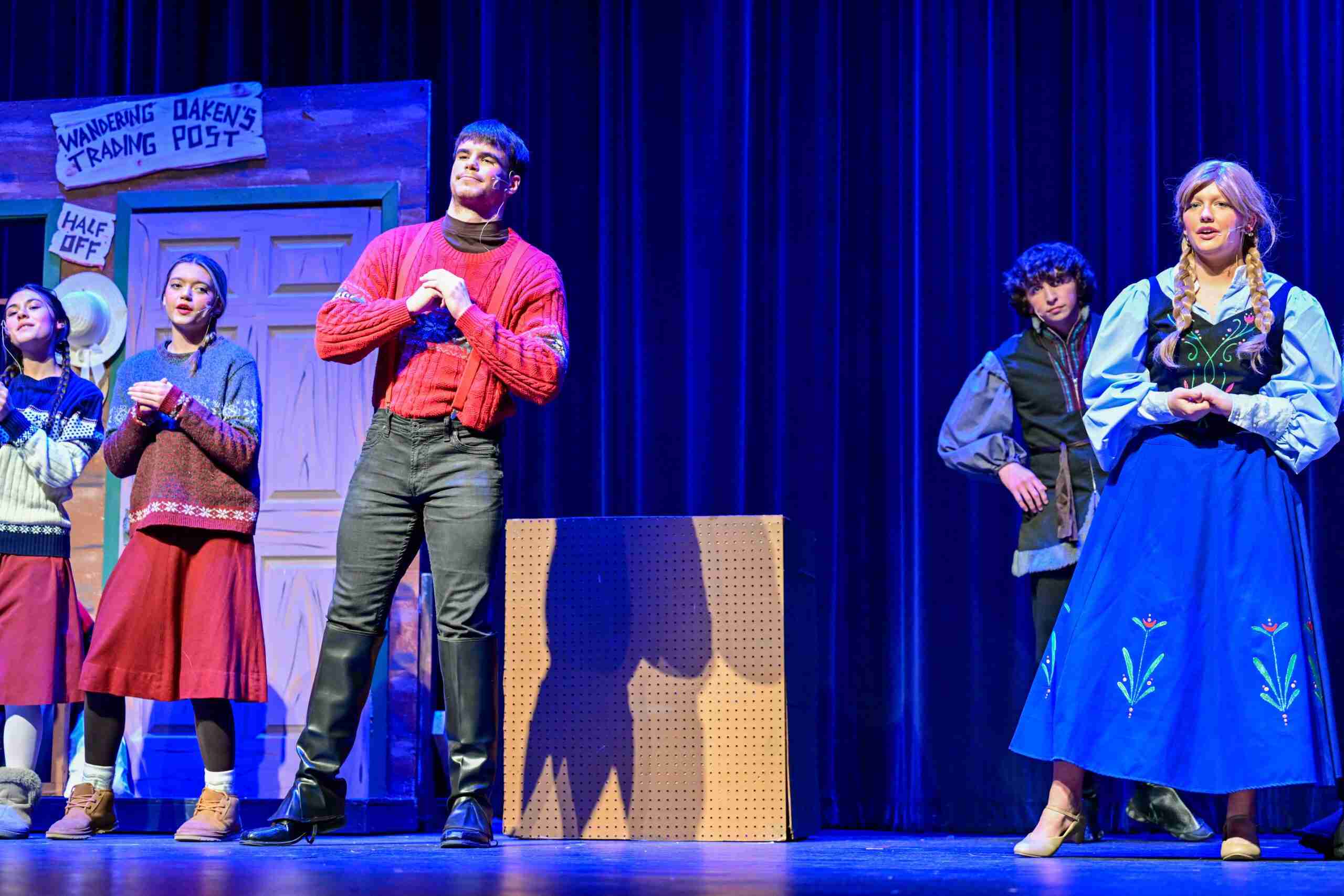 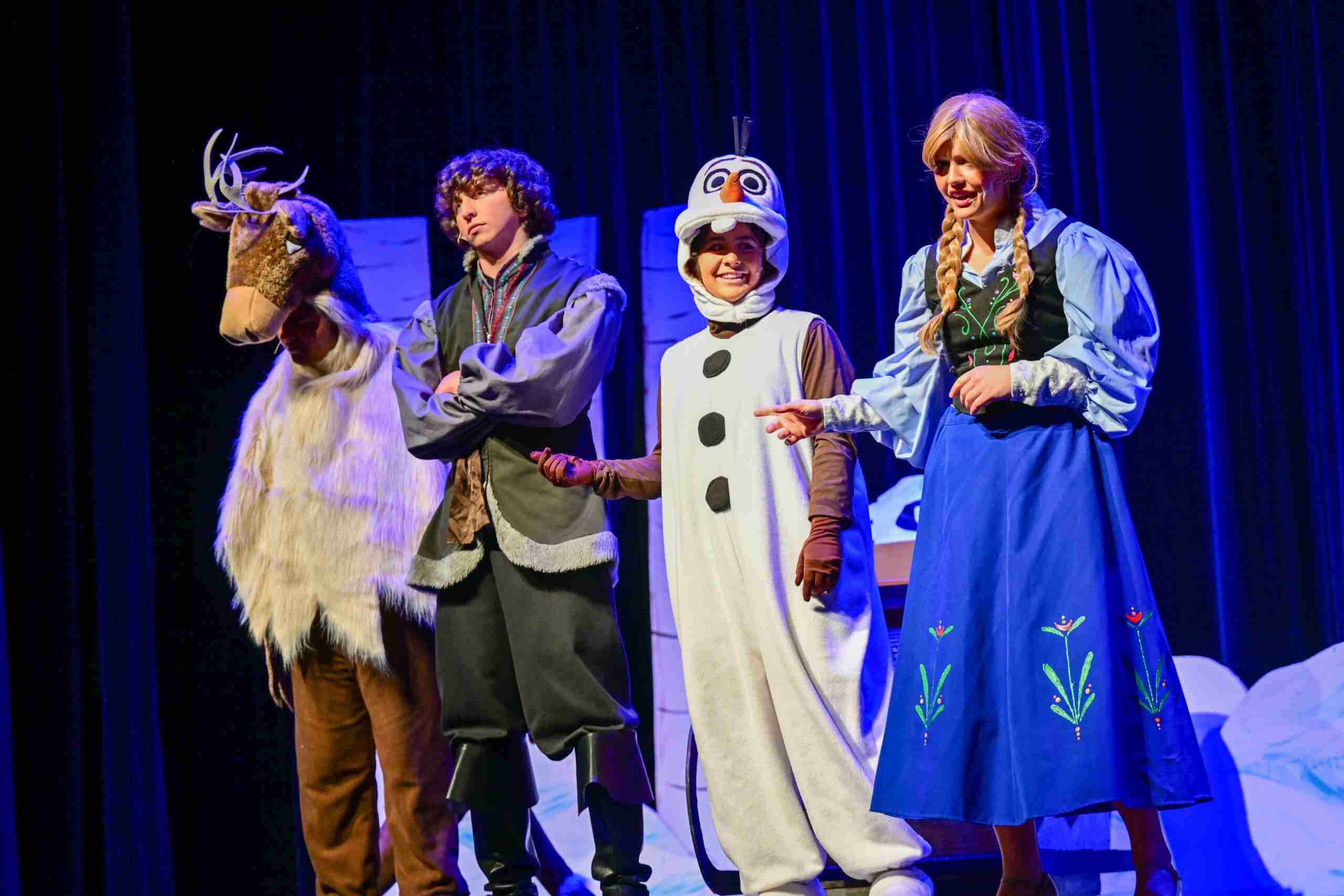 SNOWMAN… Princess Anna, played by Jayden Hendricks, Kristoff, played by Kaden Curtis, and Sven, played by Aeden Kirtz, meet Olaf, played by Alaina Pelland. He was created and given life by Elsa’s magic. 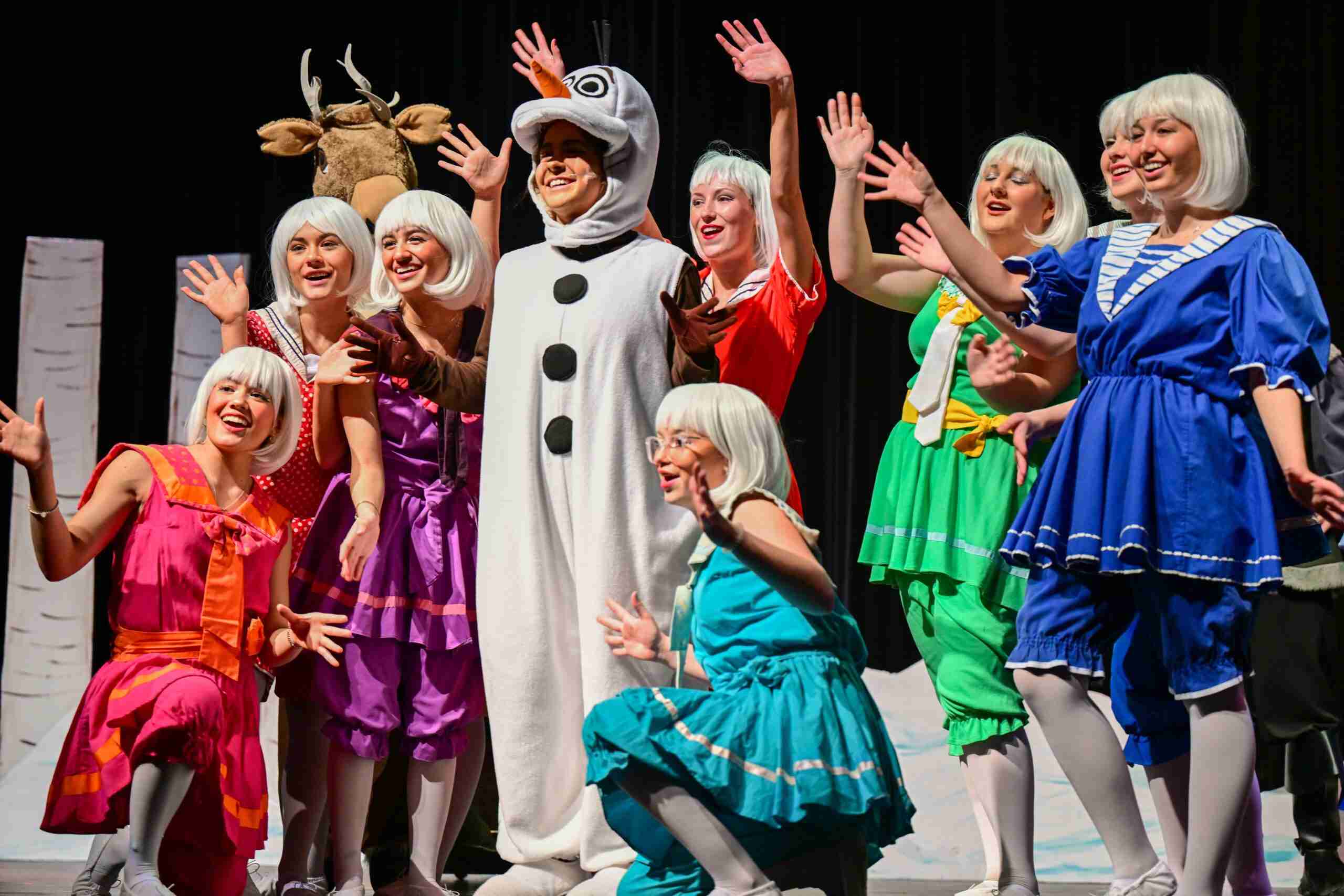 SUMMER… Olaf sings a song about the wonderful things to do in summer.