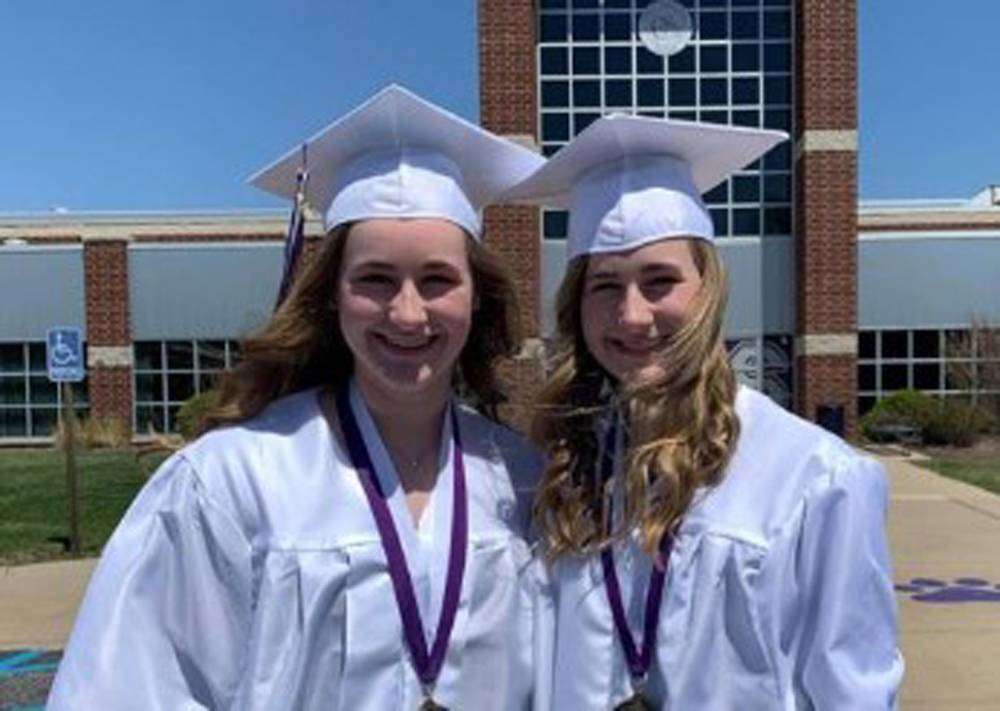 The Swanton Lions Club has awarded their two $500 Lions Scholarships to Olivia and Alexis Bergman, 2020 graduates of Swanton High School. The Bergmans, who happen to be identical twins, submitted applications with exemplary resumes that could not be topped.

In addition to academically finishing first and second in their class to be named Valedictorian and Salutatorian, the students personified the motto of Lions International, “We Serve” by each volunteering approximately 180 hours of service to their school and their community while in high school.

This Fall, the Bergman twins will be headed to Grace College and Seminary in Winona Lake, Indiana where they will be continuing their education and competing on the Lancers’ softball team.