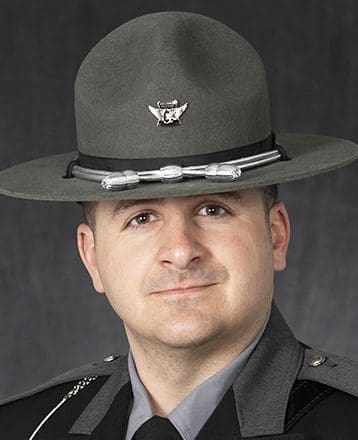 SWANTON – Ohio State Highway Patrol Trooper Mitch F. Ross has been selected as the 2022 Trooper of the Year for the Swanton Post.

The selection of Trooper Ross, 32, is in recognition of outstanding service during 2022 at the Swanton Post.

Trooper Ross was selected for this honor by his fellow officers and leadership team to represent the Swanton Post.

The selection was based on his leadership abilities, professional ethics, enthusiastic work attitude and courteous treatment of others.

Trooper Ross joined the Ohio State Highway Patrol in 2017 as a member of the 161st Academy Class and was assigned the Swanton Post.

He is originally from Delaware, Ohio, and graduated from Buckeye Valley High School in 2009.

Trooper Ross also earned his bachelor’s degree in 2013 from The Ohio State University.

He was named Swanton Post Trooper of the Year in 2020, and is a recipient of the Patrol’s Physical Fitness and Safe Driving awards. 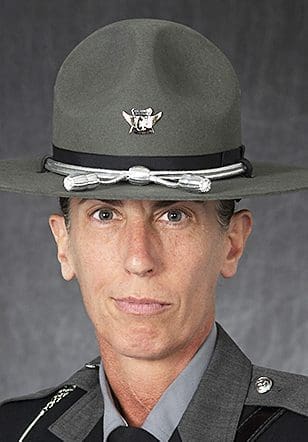 (Toledo) – Ohio State Highway Patrol Trooper Dana R. Skinner has been selected 2022 Trooper of the Year at the Toledo Post.

The selection of Trooper Skinner, 48, is in recognition of outstanding service during 2022 at the Toledo Post.

Fellow officers stationed at the Toledo Post, chose Trooper Skinner based on leadership abilities, professional ethics, courteous treatment of others, enthusiastic work attitude, and cooperation with supervisors, peers and the public.

Trooper Skinner is now in contention for the District and State Trooper of the Year Award, to be announced at a later date.

Trooper Skinner joined the Ohio State Highway Patrol in 2001 as a member of the 138th Academy Class.

She earned her commission in April of the following year and was assigned to the Piqua Post.

During her career, Trooper Skinner has served as a Field Training Officer and has also been awarded the Division ’s Physical Fitness and Safe Driving Awards.