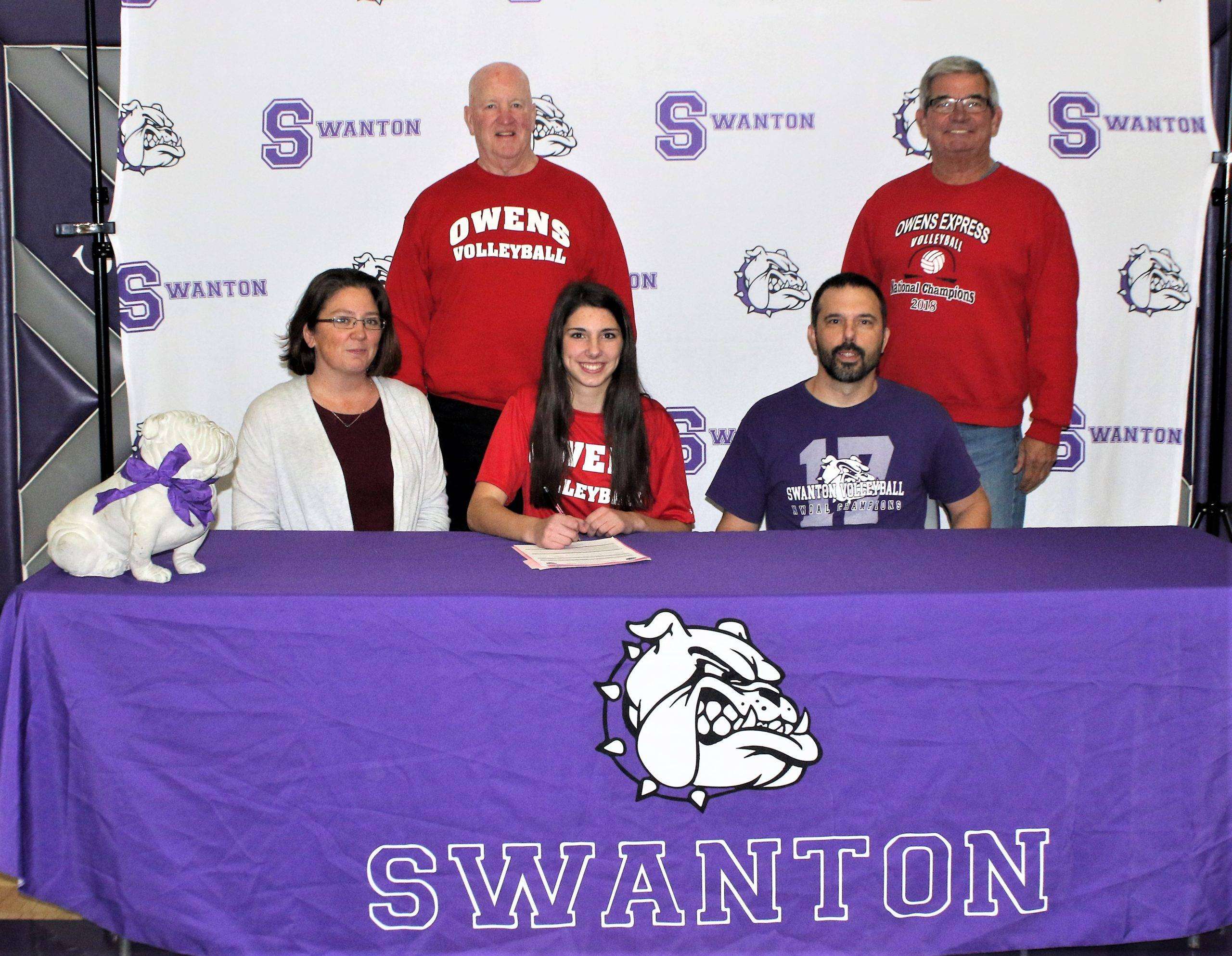 “It’s pretty awesome. She’s come a long way,” said Swanton volleyball coach Kyle Borer speaking of his senior standout who was also First-Team District Seven and Honorable Mention All State. “She’s taken a big step this year to earn what she has gotten. We’re going to have a tough time replacing her. That’s for sure.”

While playing for the Express, Alexis will be under the tutelage of head coach Sonny Lewis who is in his 19th year at Owens and has never had a losing season during his tenure. “I think this will be a very good environment for me and I loved the coaches when I talked to them the first time.” Said Alexis. “This is the best place for me.”