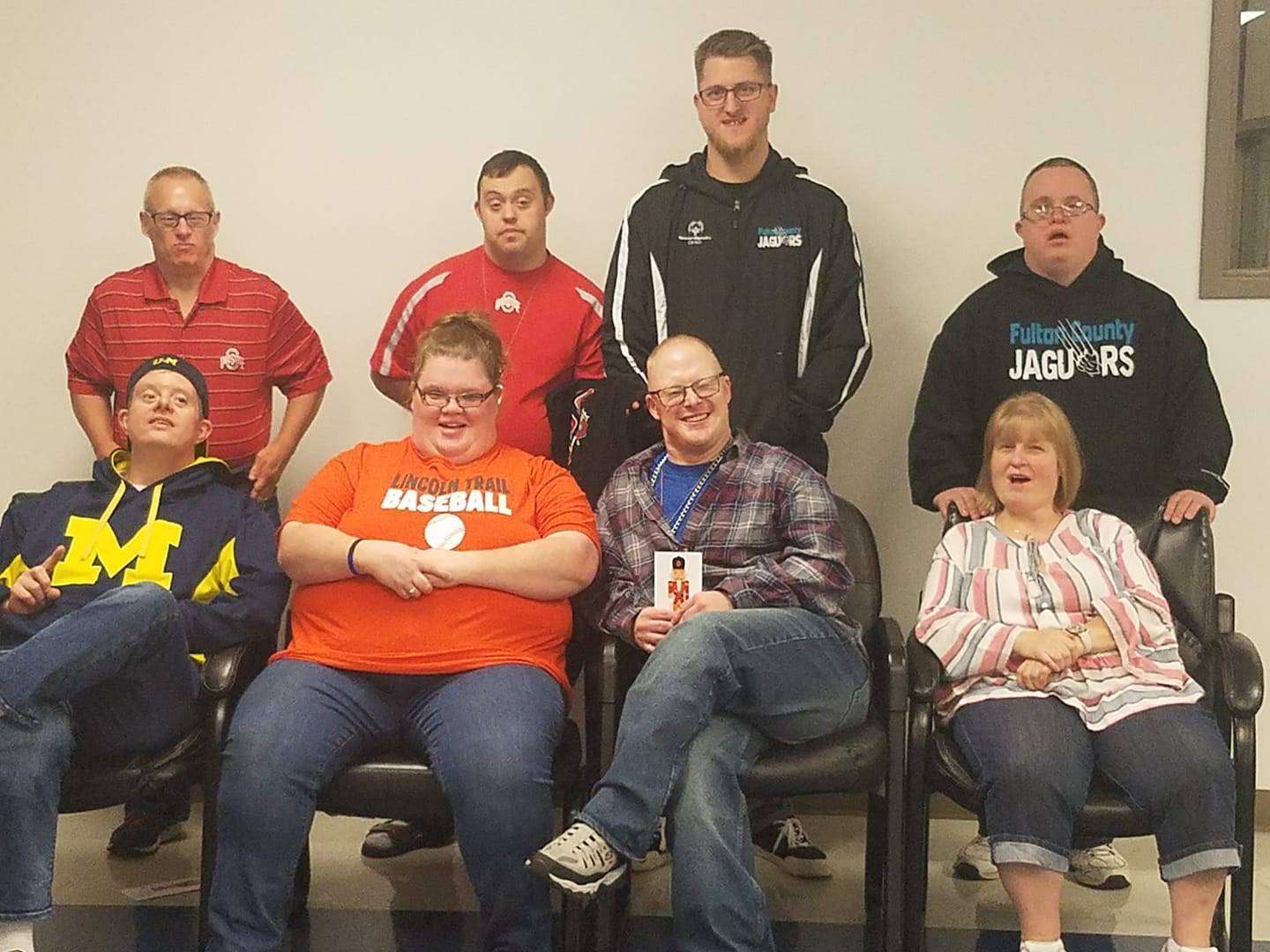 There is something new coming for the 2019 holiday season…something big. Triangular Processing of Wauseon is excited to announce the inaugural Fulton County Festival of Trees, which will take place at St. Caspar Catholic Church in Wauseon with events from November 20 to November 23. While it is a fundraiser at its core, it is a high-end event like no other in Fulton County.

“The primary focus of the fundraiser,” said Kathy Shaw, Executive Director of Triangular Processing, “…is to help provide services to individuals with developmental disabilities. One piece of how we do that is through our vocational services. There are all kinds of changes in state regulations of how those services are provided. Some of those are Medicaid rules, some of those are department rules, and some of those are Department of Labor rules. And for a lot of different reasons, there are some programs like ours that pay what they call ‘piece rate.’

‘We do not pay piece rate; we pay everyone that works here minimum wage or above. There are some subsidies that we do to wages, so some of this money will go to those subsidies. Then some of the money will go to activities and programming, and community events for the individuals we serve.”

The Festival begins with an invitation-only Tree Lighting Ceremony on November 20, sponsored by Farmers and Merchants State Bank. Kathy explained, “Well, the Tree Lighting Ceremony is really the kickoff ceremony, and it is designed around the individuals, their families and community members who want to support them. And the whole idea is to just create a festive environment.

We’re going to have music and entertainment, and the trees will be lit and shown off for the first time.” The evening of November 21 will see the second event in the Festival, the Christmas Fest Community After Hours Social sponsored by First Federal Bank. “That is open for networking opportunities for people in all of Fulton County,” Kathy said.

“It’s kind of mirrored a little bit after like a Business After Hours. The whole theme of the event is The Nutcracker this year, so we’re looking forward to the Christmas Fest. They’re going to have German-styled appetizers and that kind of thing, so it should be fun.”

Sponsored by North Star Blue Scope, the Sugar Plum Ball will be staged on the evening of November 22. “The Sugar Plum Ball is kind of a culmination event,” Kathy said. Chris Emerson is going to be the emcee of the event, and Venyx is going to be the entertainment. It’s dinner, dancing, nice food, and we’re going to auction off trees and items, and again hopefully raise some money to help the folks. And then the Breakfast with Santa that’s on the 23rd, that is geared around the kids.”

“The last couple of years we’ve done an event that we called Cocoa with Santa, and that was kind of a lead up to this event. This will be on a larger scale, and again, it’s all about an experience for the kids. Crafts, see Santa, get your picture with Santa.” Andres O’Neil and Lowe will be sponsoring Breakfast with Santa, along with Shultz Huber and Associates.

Fundraising Christmas trees and wreaths will be available. Kathy explained, “It’s an opportunity for folks to buy a tree, and they can either decorate it themselves or have our committee decorate it, and then that’s what’s auctioned off at our event. So by purchasing a tree, you’re really sponsoring the tree. Some businesses are choosing to sponsor a tree and decorate it in a theme that’s reflective of their business, and some people are choosing to do a tree and they are just focusing on a Christmas theme itself. We’ve got everything from fish trees, to outdoor trees, to Princess trees.”

“That’s where you can opt to either decorate the tree yourself, or have the committee do it. And if the committee does it, there’s a charge because we purchase the materials to put on the tree. The idea is that these are going to be trees that are pretty significant in the presence that they make, and it’s hopefully pretty high end for folks.”