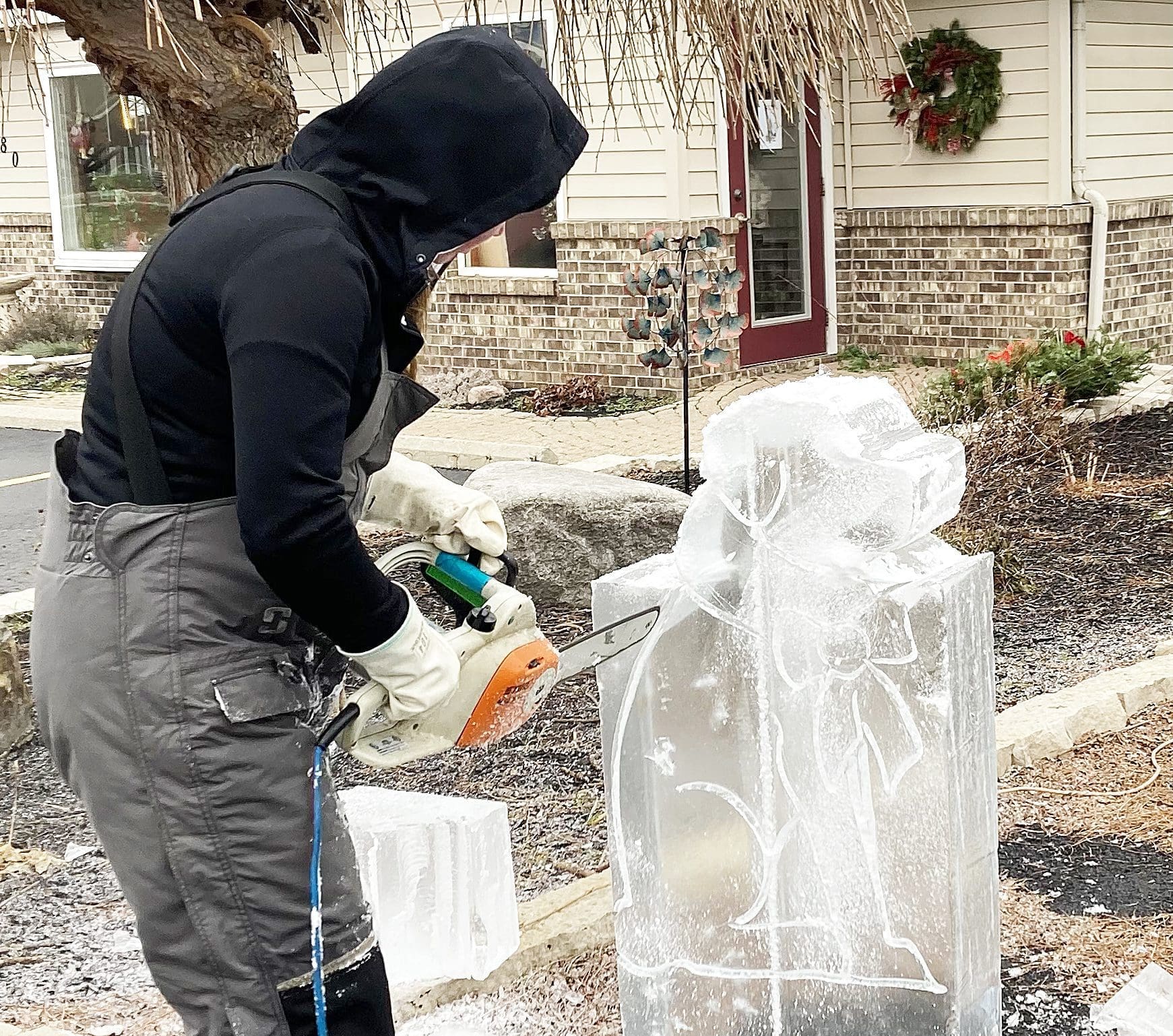 ICE CREATIONS … Four carvers from Ice Creations in Napoleon made 32 sculptures for the 2-day event. (PHOTO BY AMY WENDT, STAFF)

On Friday, December 16, and Saturday, December 17, Wauseon was transformed into a winter wonderland while residents were treated to ice carving demonstrations at 32 various locations in the downtown area and on Shoop Avenue.

The 2nd Christmas in Wauseon Ice Sculpting Event, which was sponsored by the Chamber of Commerce, featured four artists from Ice Creations of Napoleon.

Rather than holding the demonstrations in one isolated location such as a park, Chamber Director, Bill Drummer, explained organizers opted to have sculptures placed at businesses and restaurants where there is more foot traffic throughout the day.

On Saturday morning, the Grinch and Cindy Lou Hou made an appearance Downtown.