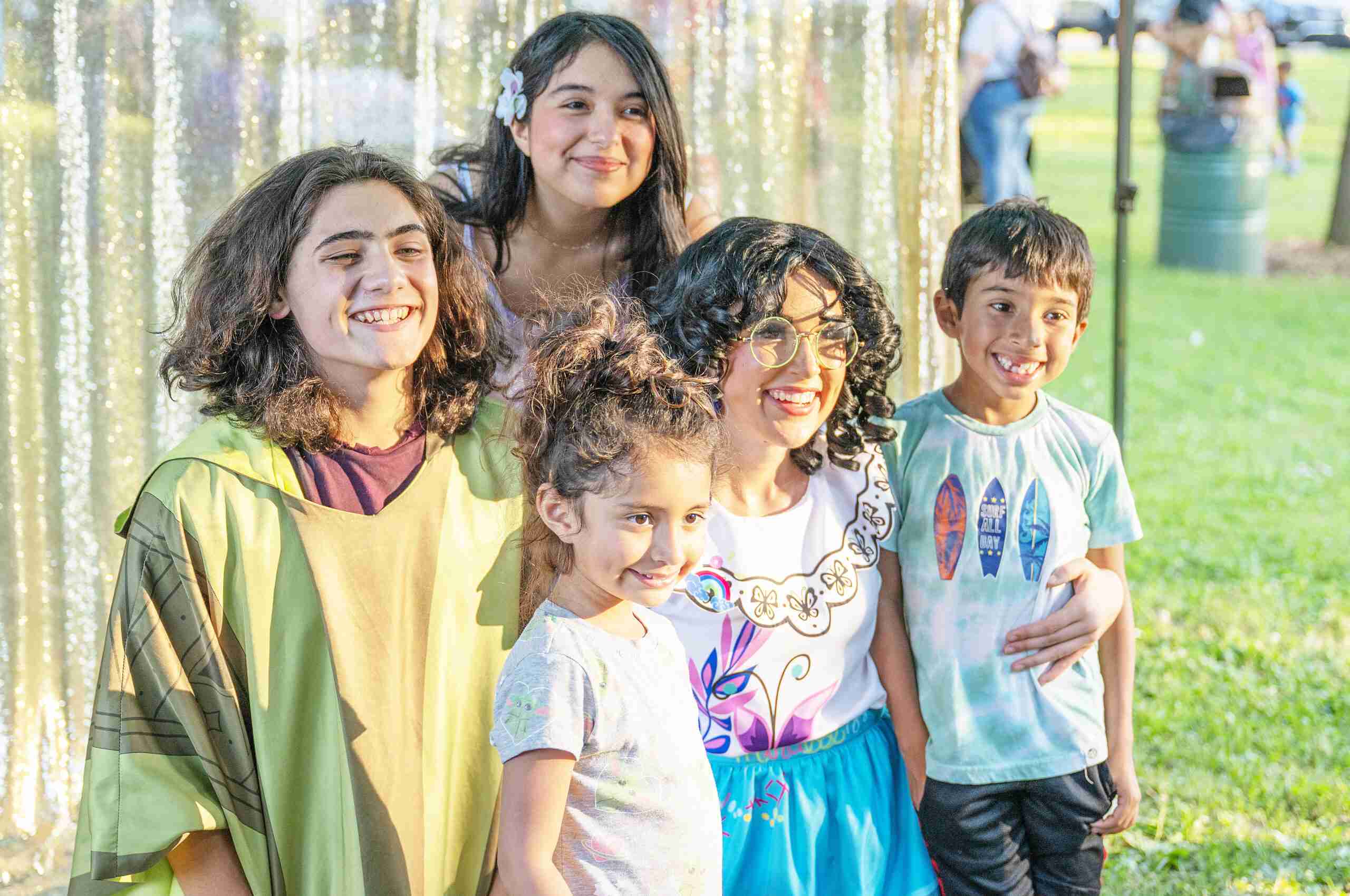 CHARACTERS … Encanto Characters Mirabel and Bruno sit with children for a picture at the photo booth. (PHOTOS BY JACOB KESSLER, STAFF)

The Wauseon Chamber of Commerce hosted their annual Movie Night in the Park event at Reighard Park. The event took place on Thursday, July 21st with everything starting around 7:00 p.m.

The movie playing this year was the Disney movie “Encanto,” which was made possible by Sara’s Garden.

Before the movie, characters Mirabel and Bruno greeted each of the children with a hug and took them over for pictures at a photo booth.

Later the characters were able to come out in front of the screen to sing some songs from the movie.

The free to the public event also included free popcorn from the F&M Bank and free ice cream provided by Tiny’s.

Magician Dr. Ken Ladd was also present to show magic to the children as they waited in line to see the characters, and also put on a show later that evening.

The annual event has been missing for the past couple years due to COVID but was thankfully back this year to the delight of all the parents, grandparents and children who came.

The night saw many people come to experience a night of fun during a great family friendly event. 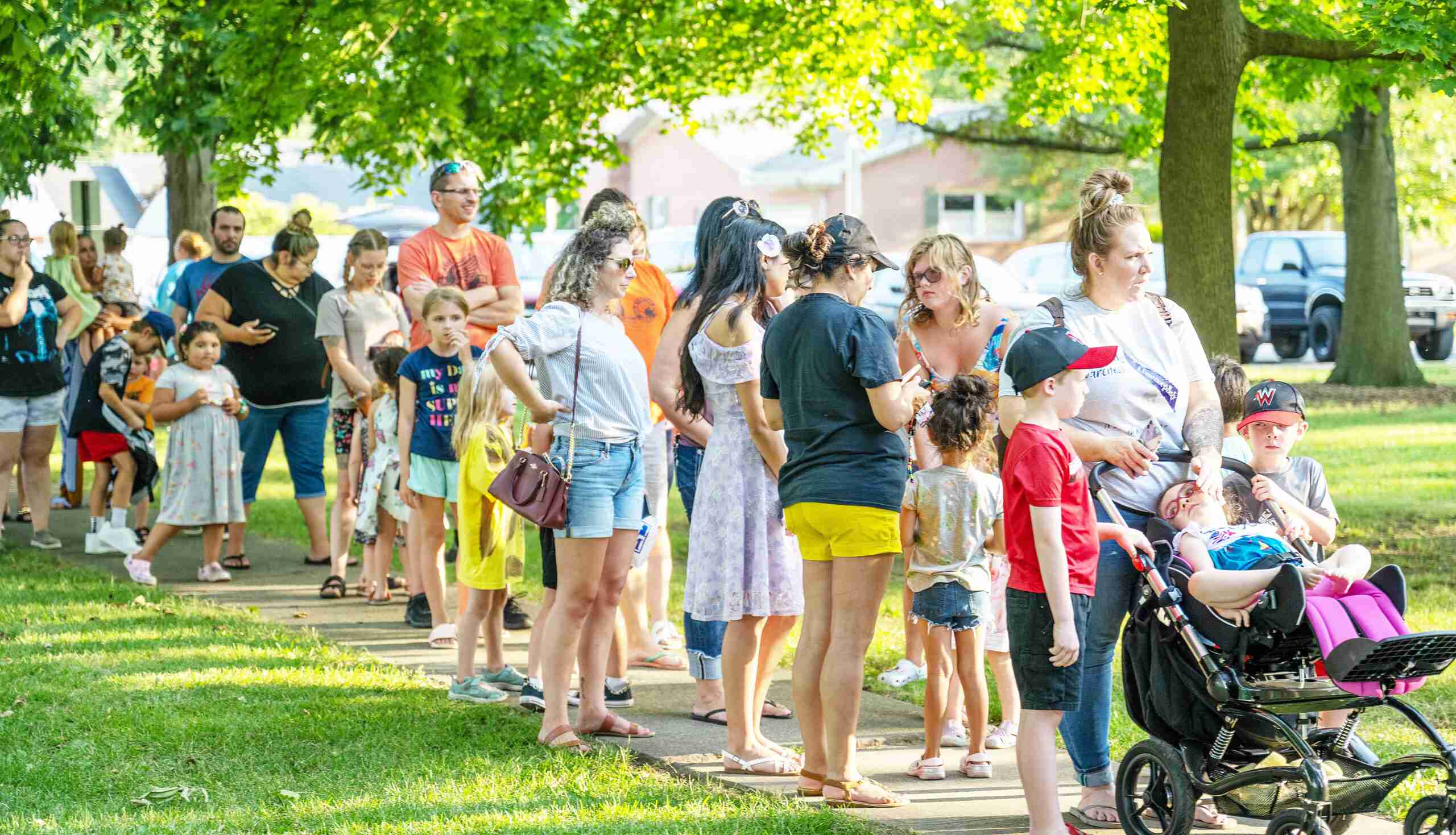 LONG LINE … A long line was present for over an hour as more and more children came to meet characters Mirabel and Bruno. 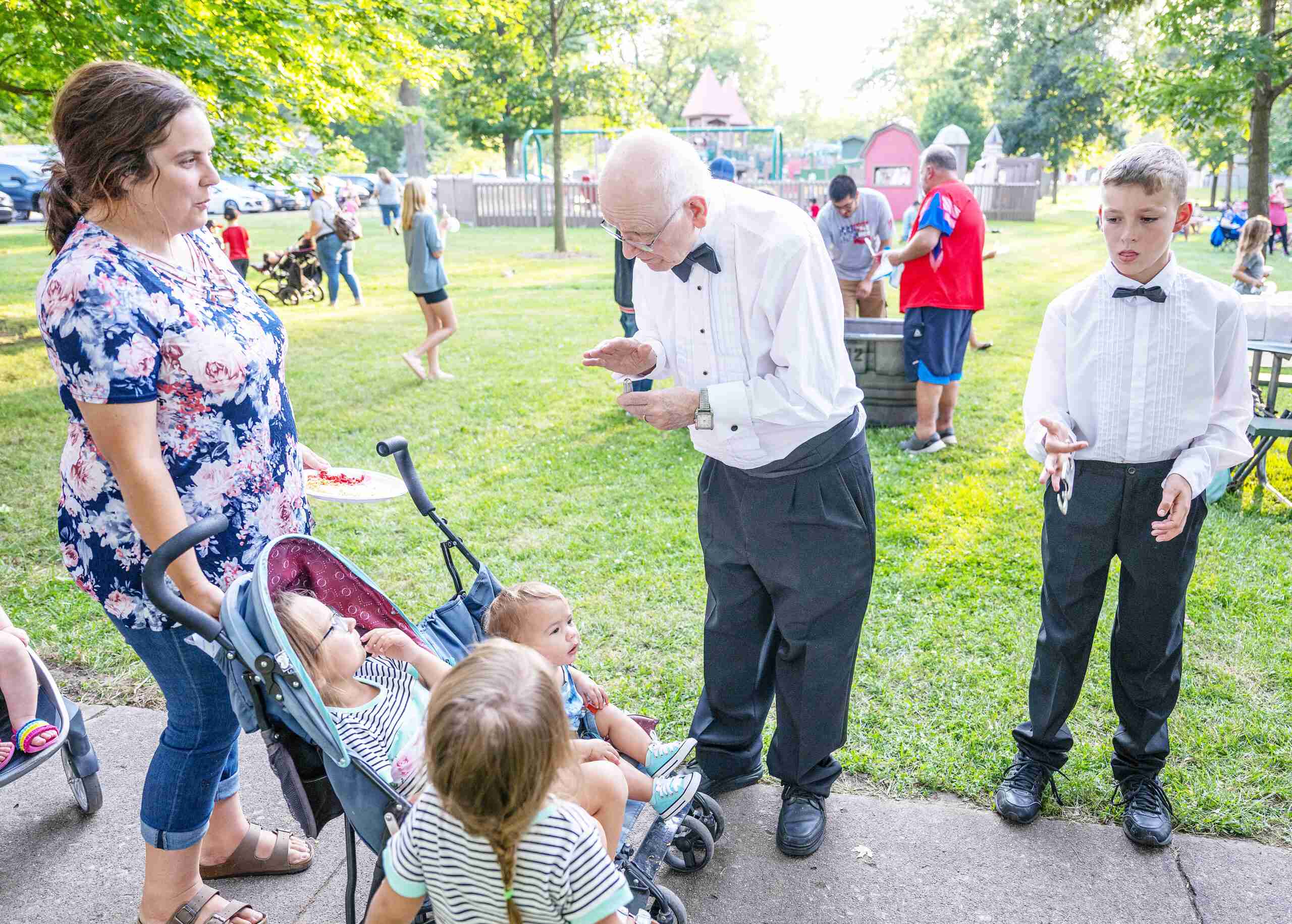 MAGICIAN … Magician Dr. Ken Ladd and his assistant perform magic for children as they wait in line to meet the characters.