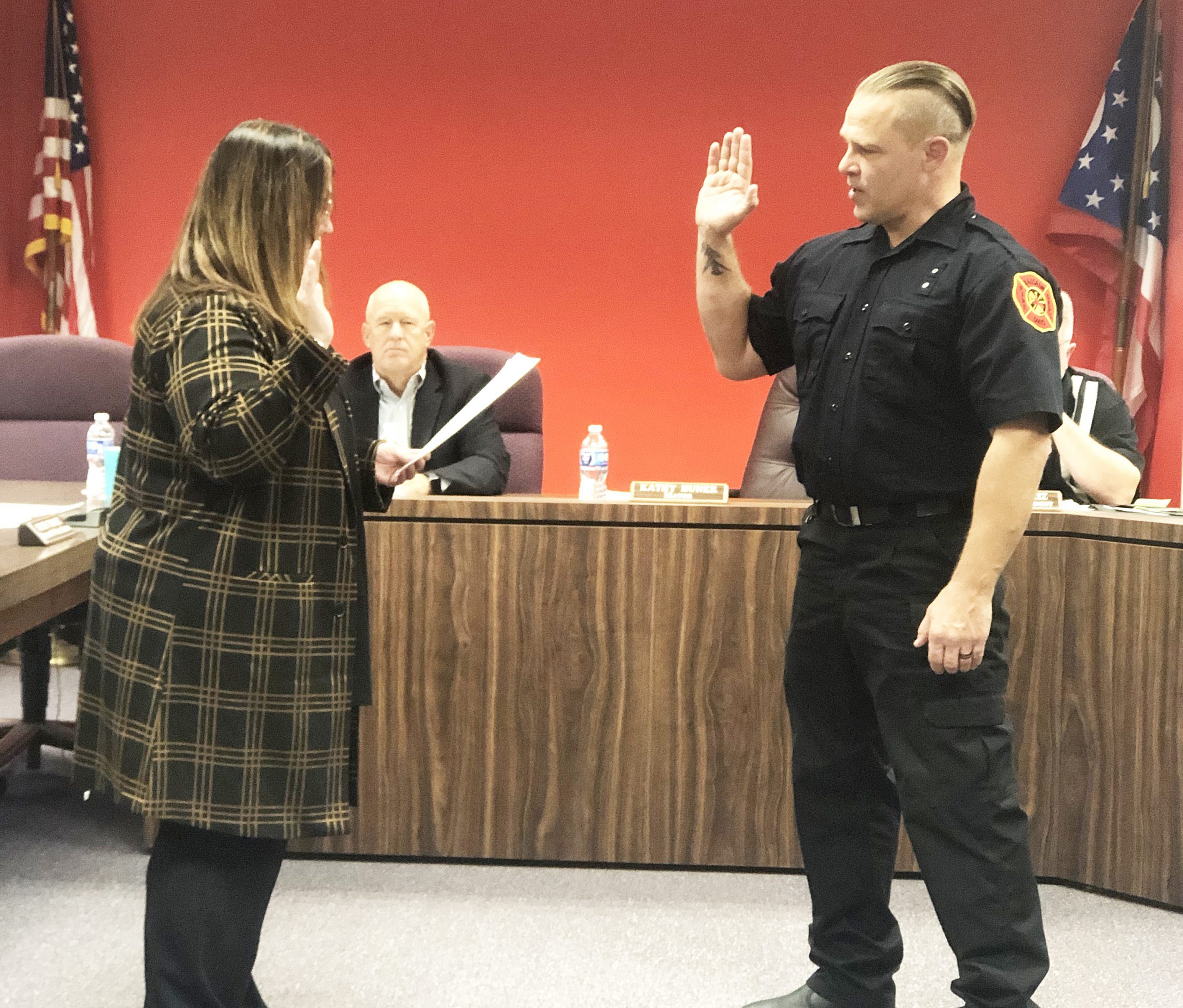 OATH OF OFFICE … City of Wauseon Mayor Kathy Huner reads the Oath Of Office as part of swearing in the fire department’s newest firefighter Chad Branum. Branum was presented a symbolic flag, to which he will raise on his first and last day on the department. (PHOTO BY LINDSAY PHILLIPS, STAFF)

Wauseon City Council held their latest meeting on November 21 at 5:00 p.m. in the Council Chambers.

The meeting was called to order by Mayor Kathy Huner and was followed by the Pledge of Allegiance and a moment of silence.