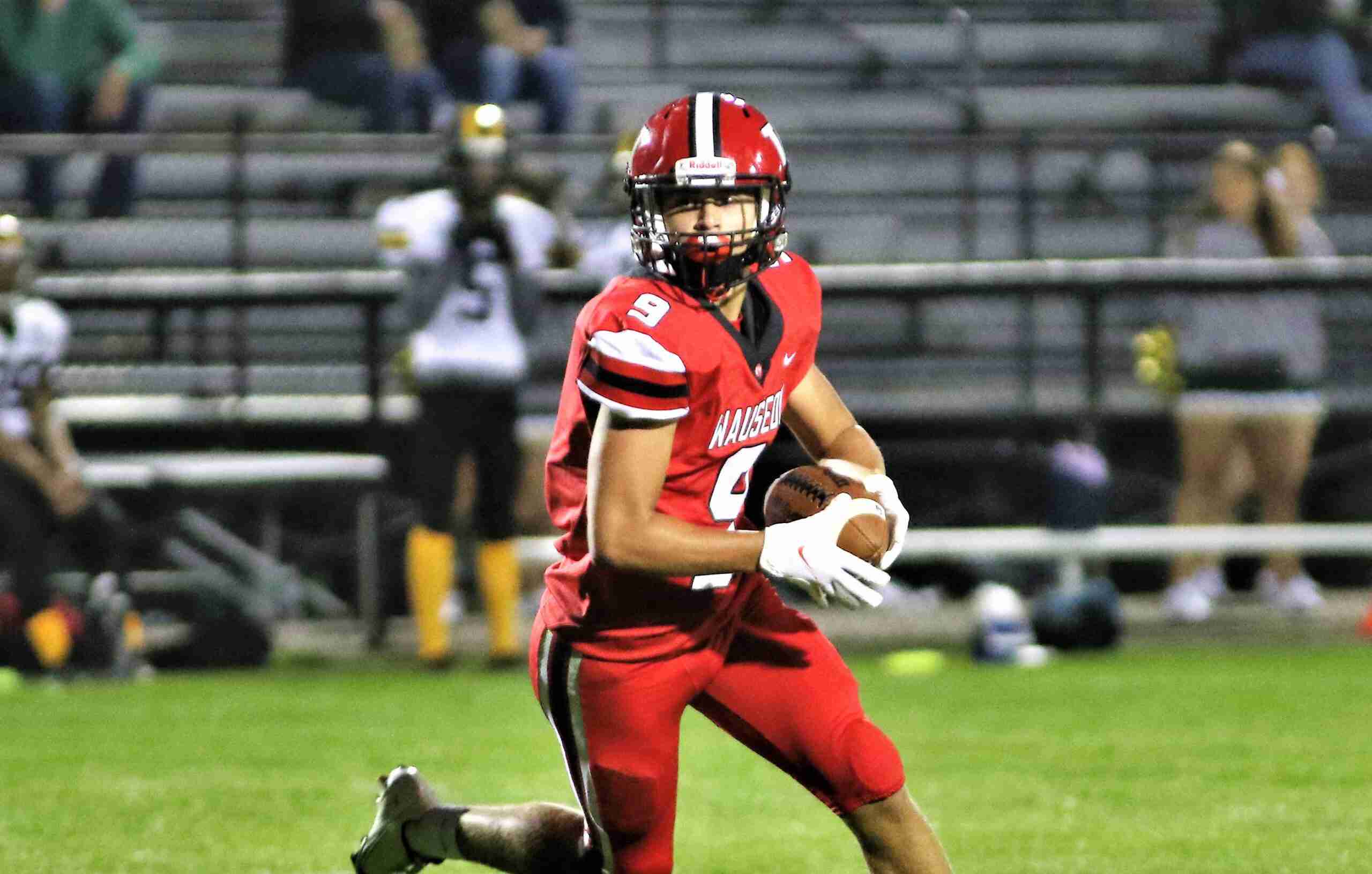 IMPRESSIVE WIN …. Wauseon freshman Tyson Rodriguez looks to make a move in the second half of Friday night’s win over Evergreen. VIEW ALL PHOTOS OF THIS CONTEST ONLINE FOR FREE AT WWW.THEVILLAGEREPORTER.COM. (PHOTOS BY BILL O’CONNELL)

WAUSEON-The Indians defense held Evergreen to just 83 yards of total offense and forced two Viking turnovers on their way to recording a shutout for the second straight week. Wauseon took control of the game quickly as Connar Penrod and Tyson Britsch each had rushing scores in the first quarter to give Wauseon a 15-0 lead.

The Indians continued to build their lead in the second quarter as Penrod connected with Sam Smith for a 29-yard scoring strike, Britsch added a two-yard touchdown run, and Penrod had a three-yard touchdown toss to Kolton DeGroff to make it 35-0 Wauseon at halftime. Penrod, who played only one half was 9/10 passing for 131 yards and two TDs.

Backup quarterback Brady Thomas went 9/12 for 140 yards and a score. Evergreen was led offensively by wide receiver Jacob Riggs who had six catches for 35 yards.