Bryan Storms Back To Take Down Patrick Henry 27-21 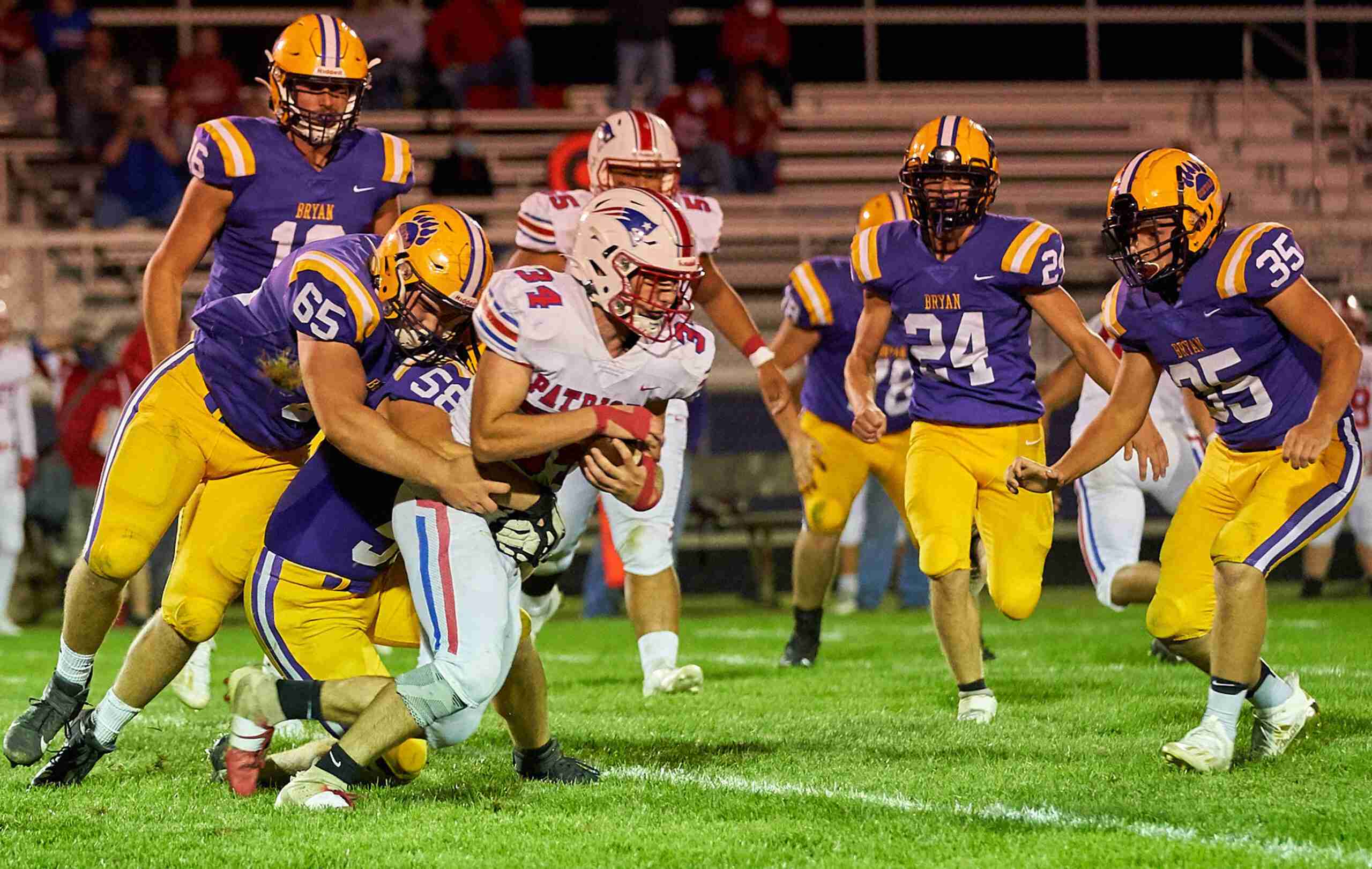 BRYAN-Ethan Wasson was 22/30 for 240 yards and two touchdowns to lead the Golden Bears to come from behind win over Patrick Henry. The Bryan defense scored the first points of the game for the Bears as Titus Rohrer returned a fumble 75 yards for a score to tie the game 7-7.

A scoreless third quarter set up a nailbiter going to the final twelve minutes. Bryan tied the score at 21-21 on an Ayden Pelz four-yard run but the extra point was missed leaving the score deadlocked. Bryan continued with the momentum by taking the lead on a six-yard scoring pass from Wasson to Dakota Shaw making it 27-21 after another missed extra point.

From there the Bryan defense rose to the occasion once again stopping the Patriots one more time to preserve the win. Rohrer ended the game with nine catches for 132 yards and a touchdown.