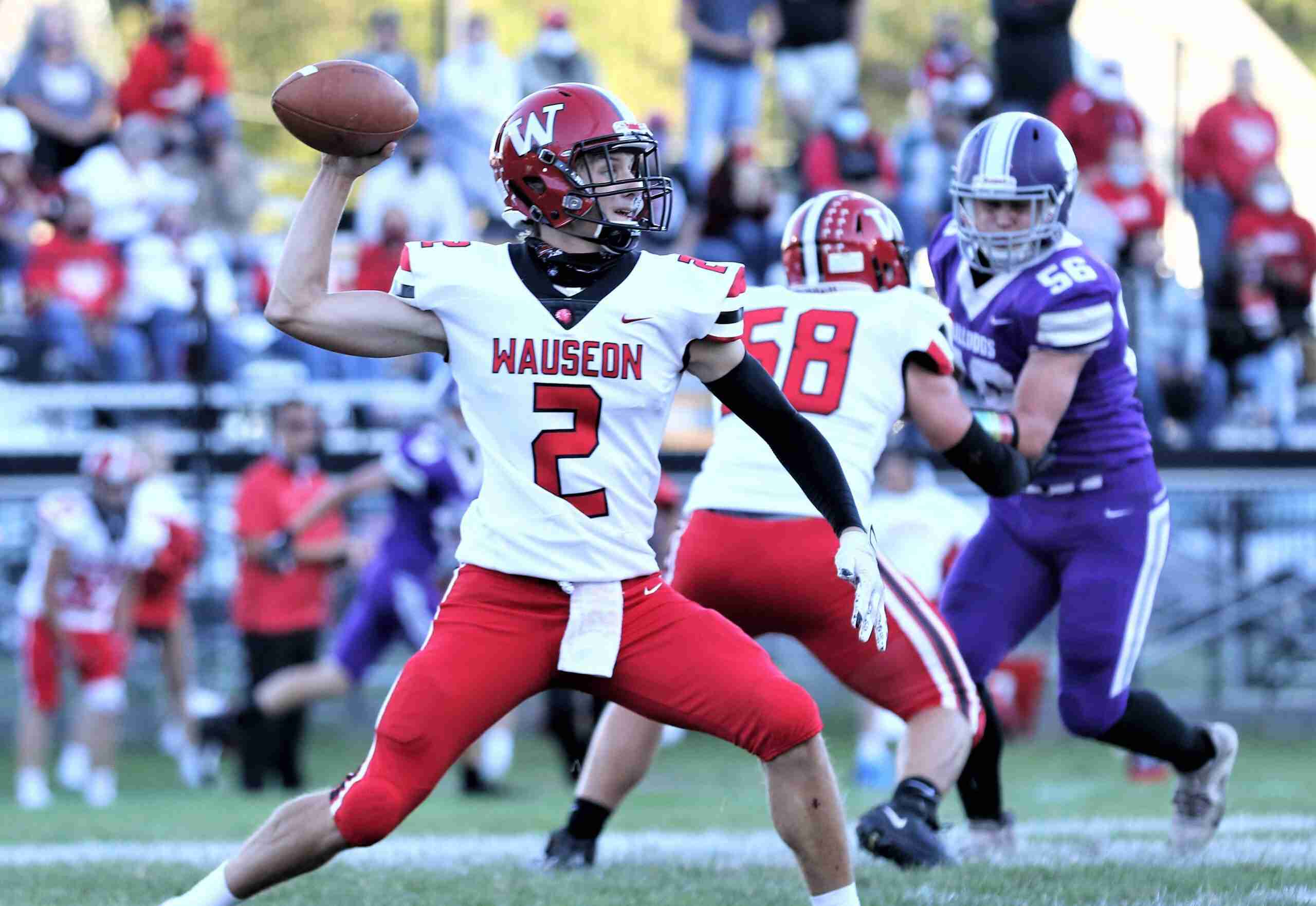 ROAD WIN … Connar Penrod unloads a pass in the first half of Wauseon’s 41-0 win last Friday over Swanton. The Wauseon senior threw for 257 yards and two touchdowns while rushing for three scores. VIEW 359 PHOTOS OF THIS CONTEST ONLINE FOR FREE AT WWW.THEVILLAGEREPORTER.COM. (PHOTOS BY BILL O’CONNELL, STAFF)

SWANTON –After a slow start in week one versus Liberty Center, that was not the case against the Swanton Bulldogs. The Indians scored with less than three minutes into the game and never looked back in a 41-0 at Swanton.

Wauseon got on the board with a Jude Armstrong 15-yard run followed by a six-yard touchdown run by Penrod to take a 13-0 lead after the opening quarter. Penrod tossed two more scoring strikes in the second, the first one 37 yards to Jonas Tester and then to Armstrong covering two yards to make it 24-0 at the break. The Indians struck quickly with another Penrod scoring run with 10:07 to go in the third to stretch their advantage to 34-0.

Penrod added another rushing touchdown in the final quarter to give him three in the game to go along with a 15/27 passing night for 257, two TDs and two INTs. As a team Wauseon rolled up 464 yards of offense (257 passing, 207 rushing) and went 7/12 on third down conversations.

Tyson Britsch led the Wauseon ground attack with 95 yards on 17 carries, Armstrong paced the receivers with seven catches for 71 yards, and Tester added three receptions for 92 yards. Swanton was topped offensively by quarterback Trent Weigel who went 20/33 for 165 yards.