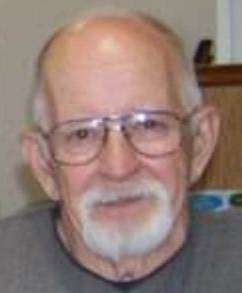 Wayne L. Johnson, 86 years, of Defiance, passed away Sunday, November 29, 2020, at Community Health Professionals Inpatient Hospice Center with his family at his bedside. Wayne was born January 16, 1934, in Hicksville, Ohio, the son of the late Freeman and Juanita (Webb) Johnson.

He was a 1953 graduate of Hicksville High School. Wayne served in the United States Army during the Korean Conflict where he received an Honorable Discharge. Wayne married Shirley C. Devers on October 28, 1958, in Sherwood, and she preceded him in death on October 1, 1995. Wayne was an excellent mechanic, beginning his career at Johnson Auto Service.

He also worked at Boutwell’s Garage, Decker Chevrolet in Sherwood, WL Johns Agri-Temp and Archbold Equipment Company, still working on combines at the age of 80, retiring in 2014. Wayne enjoyed fishing, spending time at Oxbow Lake, shooting guns, taking country drives and most of all, spending time with his family.

Due to the COVID-19 pandemic, visitation and services will be private. Interment will be made in Sherwood Cemetery, with Military Graveside Rites accorded by the Sherwood VFW Post 5665. Arrangements are under the care of Oberlin-Turnbull Funeral Home, Sherwood, Ohio.

Condolences and memories may be shared with the family at www.oberlinturnbull.com