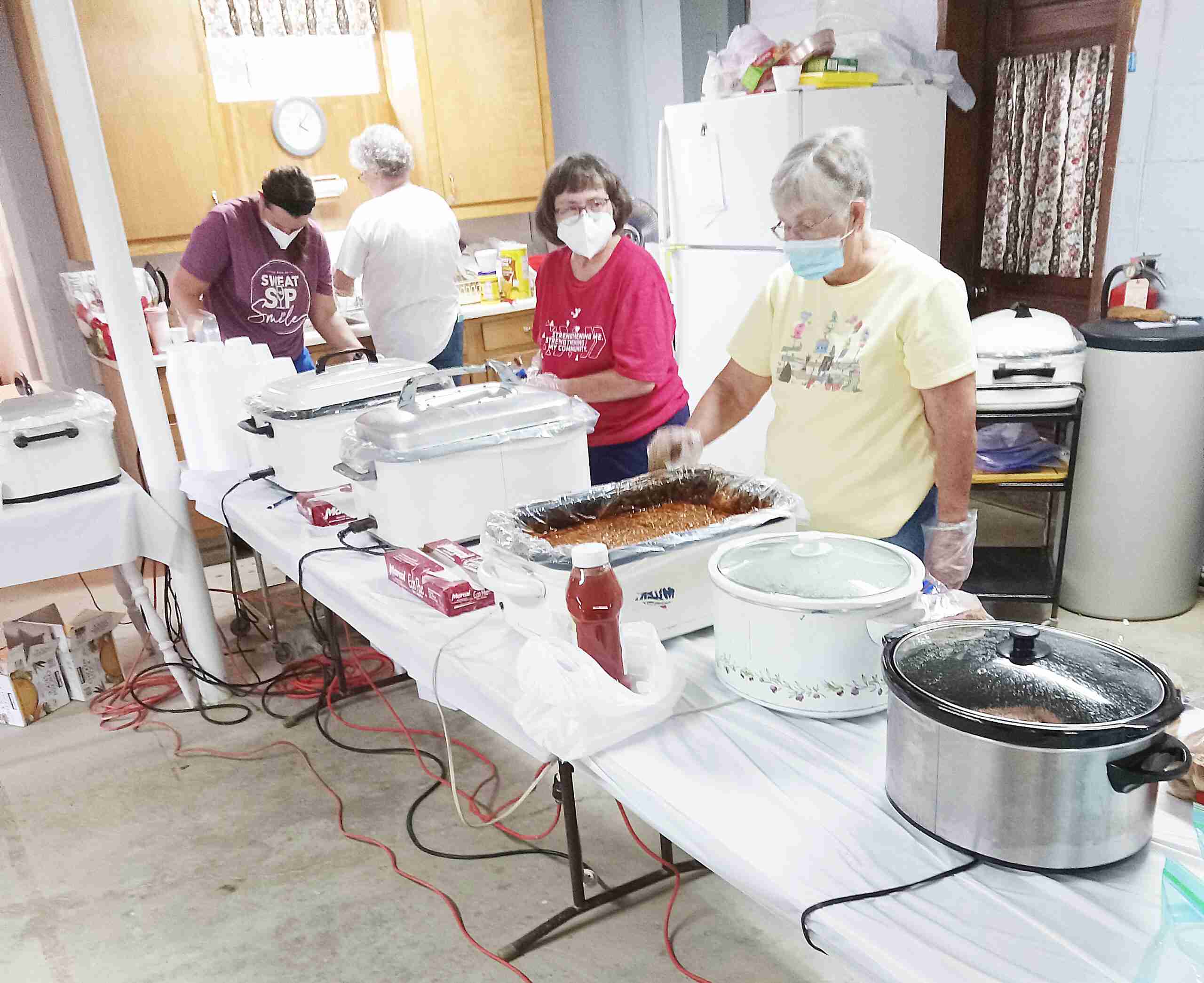 With just nine active members, West Eagle Creek Presbyterian is one of the smallest churches in Williams County. The church is located in rural Montpelier, on the corner of County Road 6 and State Route 20.

West Eagle Creek does it up right, too. Even though the only charge is donation offerings.

“Even with COVID, we have still been able to have the ice cream social every year,” said Phyllis Wistinghausen, who is in charge of the event. “We have made enough money each year to keep our small church going.”

There is not just ice cream that is sold. You can choose from five different meals: chicken and noodles, sloppy joe sandwiches, creamed chicken sandwiches, pulled pork sandwiches and ham sandwiches, along with baked beans and potato salad.

Then there are nine different kinds of pies to choose from, including cherry, apple, raspberry, strawberry and even gooseberry. There are also cookies and cakes and even gluten free brownies if you so choose.

Then, don’t forget the five kinds of ice cream, all from the Homestead Ice Cream Company.It is rumored that Homestead used to hand crank all the ice cream for the social but now, for convenience, and the need to keep up with demand, the different ice cream flavors come in large tubs.

A big reason why the ice cream social can clear so much money each year is because all the food is donated.

The food is popular too, because all the meals, baked beans, potato salad, pies, cookies, brownies and cakes are all homemade.

Though the church membership is small, the ice cream social is something the whole surrounding community, along with sister church West Bethany Presbyterian (70 members), also of Montpelier, gets involved in.

It’s a big family affair, too. Most of Rath’s family, including grandchildren, are involved in the ice cream social, including herding in the traffic from the highway.

Wistinghausen also has her children and grandchildren involved in the preparation of the food. That includes one daughter, who drives in from South Carolina with her children, to participate in the ice cream social each year.

Just the making of the meals is a big event for the members, especially with the popular chicken and noodles.

“It takes six to seven hours to get the 40 pounds of chicken and noodles cooked,” Wistinghausen said.” “Also, all the pies come in around noon and we put them all in containers. This year, we didn’t have enough containers, so we put some in square containers. But it works.”

Wistinghausen was mainly responsible for making 40 pounds of potato salad.

“This church amazes me every year with what they are able to do with this ice cream social,” said Mary Beth McCandless, the pastor of West Eagle and West Bethesda Presbyterian churches.

McCandless is the pastor for both West Eagle and West Bethesda Presyterian churches. She also has a radio broadcast from one of the worship services each Sunday morning at 9:00 a.m. on 96.5 FM.

McCandless stated that the two congregations are extremely giving to all kinds of needs in the Montpelier area, including to food pantries and even Montpelier Schools.

McCandless stated that statistically per capita, the two church congregations outgive 95% of the Presbyterian churches in the entire nation.

To reach McCandless with any questions about West Eagle Presbyterian, call 419-451-9983.