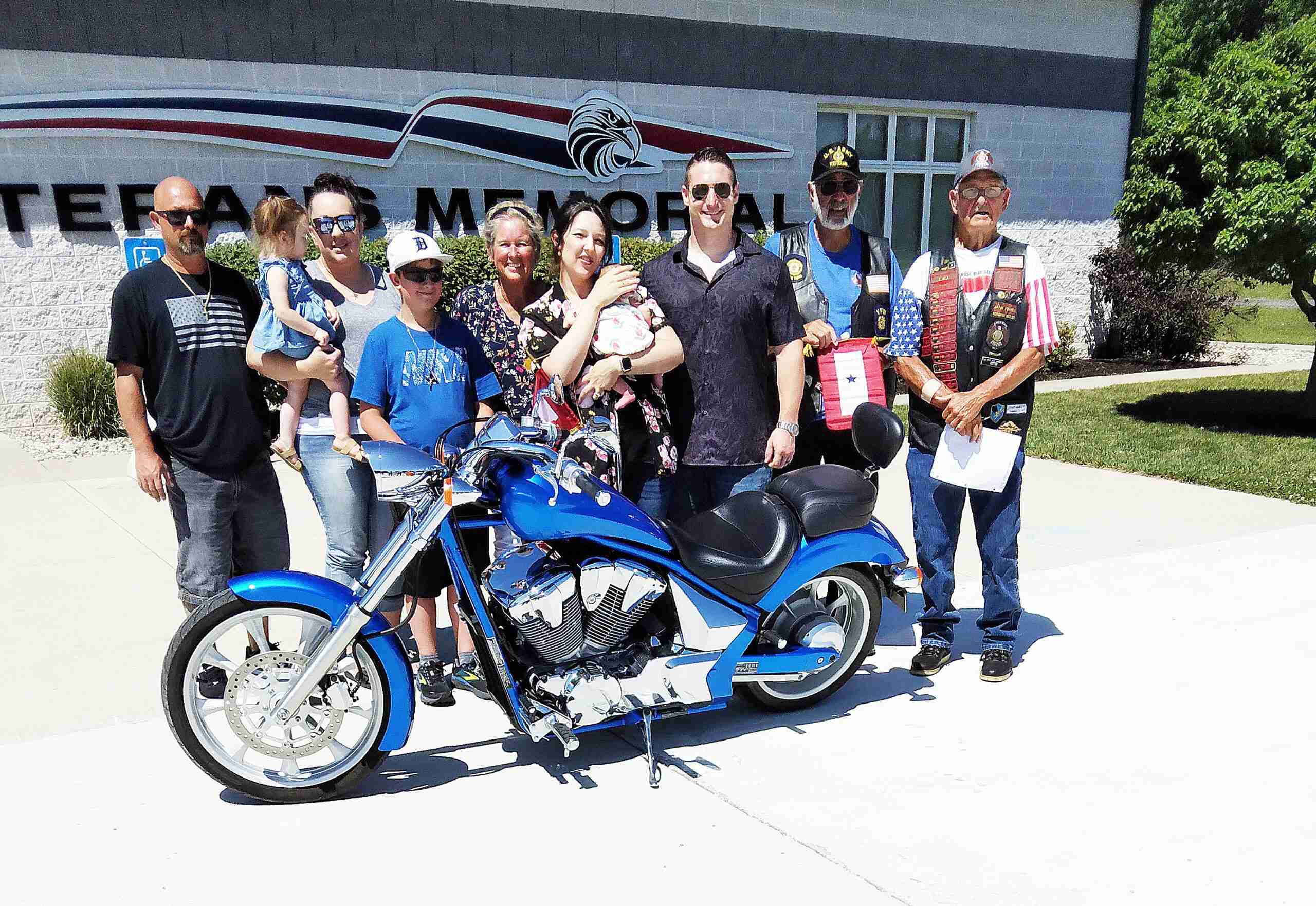 The banners are presented to active members of the military.

According to American Legion member Steve Marvin, the post 669 is the first legion in northwest Ohio to reach this milestone.

“When we started making presentations in 2006, I never dreamed we would reach 1,000 banners,” said Blue Star Banner chairman Bob Clark.

Along with Saddoris, a presentation was also made to his brother Ken Poyle. Saddoris also received a certificate of appreciation, along with a challenge coin.

“I’m very appreciative of Williams County, said Ben Saddonis, who is a sergeant in the 68th Aviation Support Battalion. “Being recognized is a huge honor.”

After the presentations were made to Saddonis, he and the rest of his family in attendance picked out one of the 44 motorcycles that were driven there for the presentation, to take a photo with.