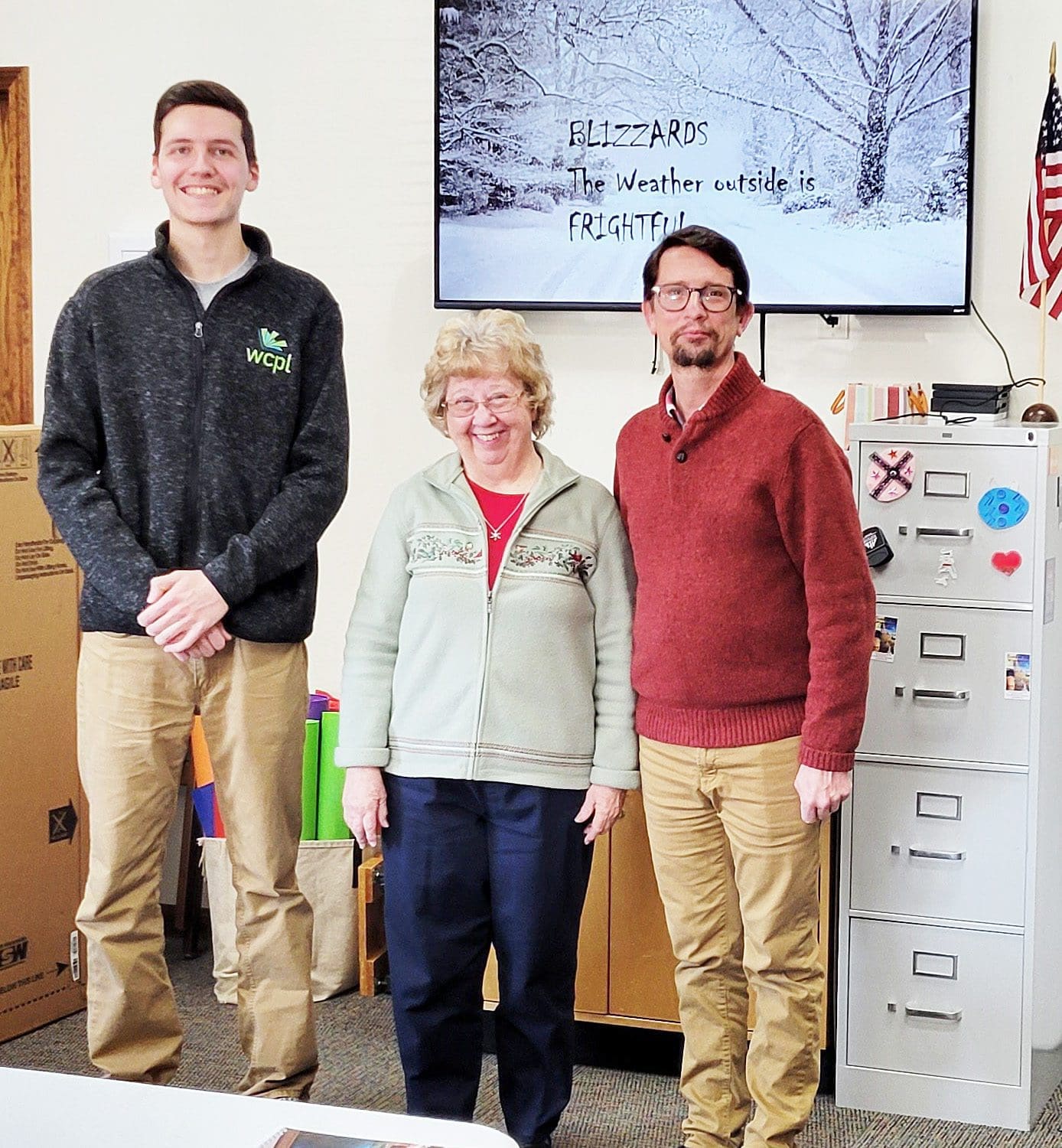 The club met at the West Unity Library at 2:00 p.m. with guest speakers Denver Henderson and Jared Schnee from the Williams County Public Library in Bryan.

They spoke on blizzards of Williams County. Roll call was answered with “Memories of 1978 Blizzard” and each ach club member received a 2023 calendar.

Jared Schnee was introduced as the new Local History Center Manager. He stated they have microfilm back to 1857 and used photograph archives to produce the calendar.

The club members were invited to a meeting on Thursday, January 12, 2023 about Ellis Island – the Gates to the United States, traced back to 1842.

Denver Henderson then spoke on blizzards in Williams County. A blizzard is defined by the National Weather Service as snow lasting more than 3 hours, winds above 35 mph. and visibility reduced to 1/4 of a mile or less.

It was documented that a herd of cattle laid down in a barn and froze to the ground.

The Blizzard of 1913 called “White Hurricane” left up to 10-12 inches of snow across the county and when the snow melted it caused a huge flood.

Michigan won the game 9-3 and the result led to the resignation of the head coach at OSU and the hiring of Woody Hayes.

The “Blizzard of 1978” left 51 people dead in Ohio as 500 members of the Ohio National Guard were called to help in the aftermath of the storm.

The storm caused the entire state of Ohio to be shutdown with universities closing for three weeks.

The northern and southern part of the state were damaged the hardest.

In March 2008, a storm left 20 inches of snow in Columbus and 10 inches in Williams County.

In regular business, President Linda Summer started the meeting with Pledge of Allegiance and Club Collect.

Business meeting was discussed with a very successful 2022 Christmas HouseWalk.

Linda Sumner was hostess at this meeting. A discussion was held on the club members planting the flowers & watering them in the barrels downtown West Unity.

The club also voted to donate money to the upcoming science fair.