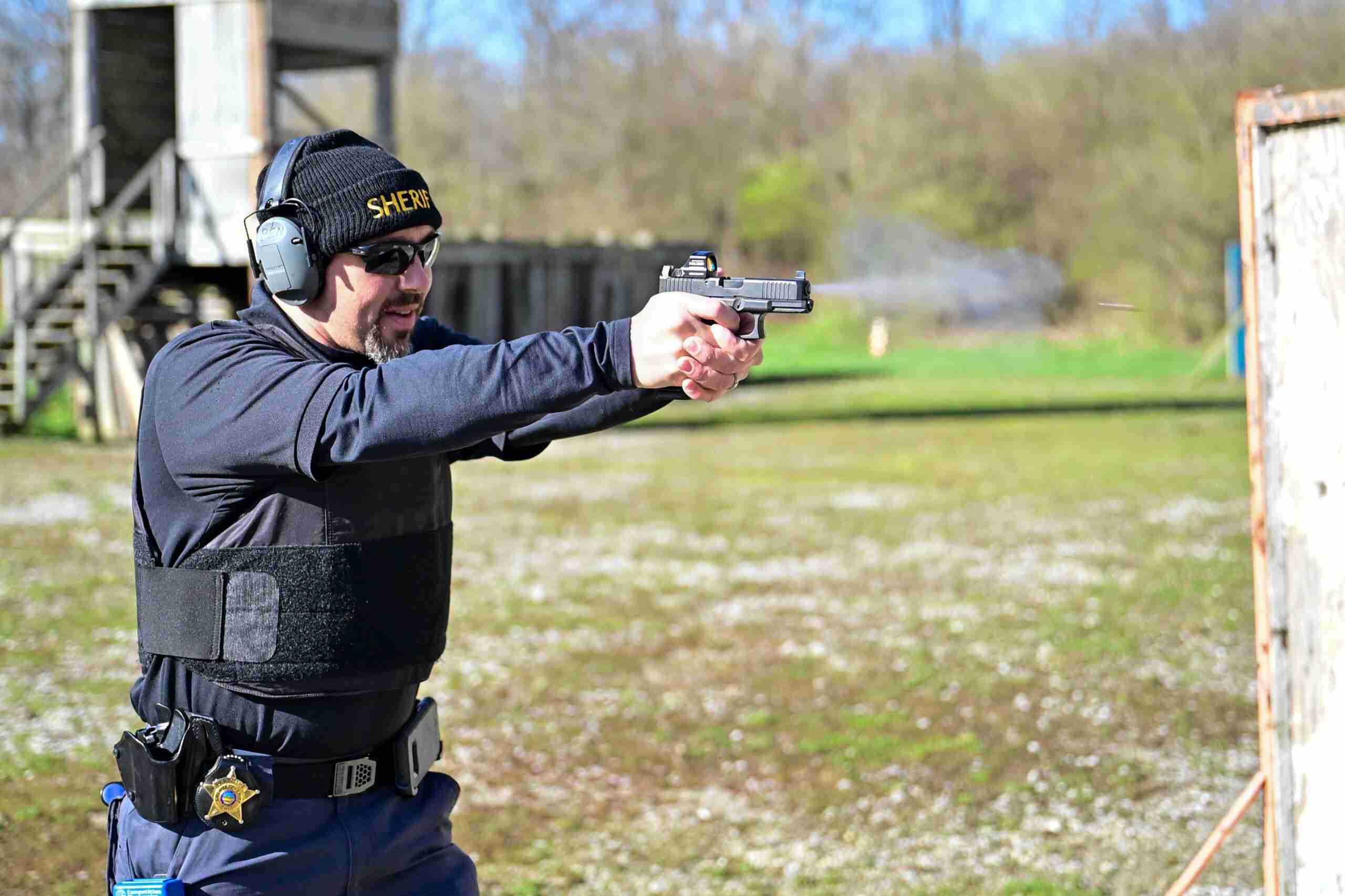 This past week the Williams County Sheriff’s Department held training for its deputies and other local law enforcement officers in the county.

Monday night the counties Special Deputies were run through the course first, with half of the department going through the training each day during the morning hours on Tuesday and Wednesday. Thursday morning saw training for officers that were unable to make it during the previous days due to being on the road.

This training is conducted quarterly to ensure that the skills are not lost. “Unfortunately shooting is one of those skills, it is a diminishing skill.”

“If we don’t practice it, we do lose it. It’s not like riding a bicycle. It’s probably the least used skill of all of them in law enforcement, but it’s that one skill that you need to be proficient at to save your life, your partners life, or the life of another.”

“While most officers will not be involved in an officer involved shooting in their career, it’s still one of the most important things we need to train for to make sure each officer is prepared if that time should come. Because if were not ready for it then were behind the eight ball,” said Det. Ben Baldwin.

Sheriff Kochert also explained that this class is vital to the success of officers and are intended to keep people safe.

“It is never our intention to use force on anyone. These trainings are made for our officers to work more confidently in what they are allowed to do.”

More trainings are slated to take place in the future including new possibilities.

Quarterly trainings like this will take place throughout the rest of the year and will continue to provide 2 hours of live fire training and 2 hours of another topic.