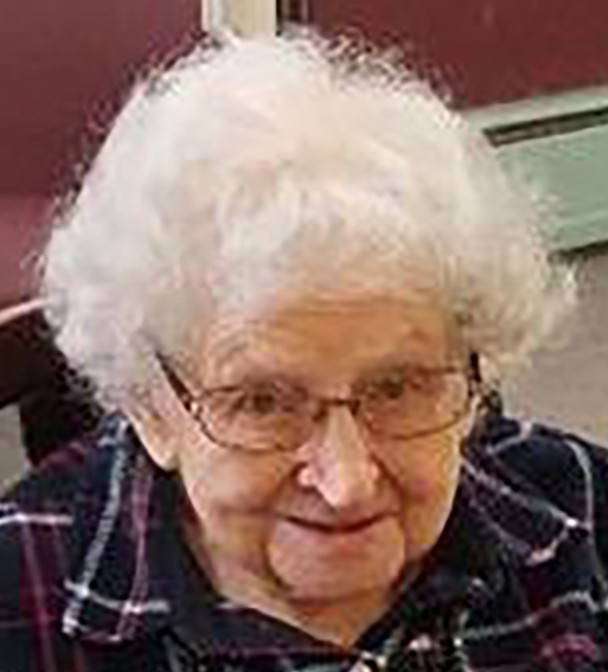 Wilma Carolyn Weisz, 99, of Bryan, Ohio, died peacefully on February 13, 2020, at Fountain Park Assisted Living. She was born in Rochester, New York, on April 13, 1920, the daughter of Arthur and Florice Bloomfield, the oldest of three children.

She lived in and around Rochester for 16 years. The family then moved to Indiana and she graduated from Butler High School in Butler, Indiana.

After graduation she became the proofreader for the Higley Publishing Company in Butler. Two years later she went to South Bend to become a secretary for the Bendix Aviation Company.

On June 13, 1943, Wilma married Richard Weisz of Edgerton, Ohio, and they moved to Bryan. Richard worked at The Aro Corporation as an engineer.

They had three children, Cheryl, Randy, and Sandra (who passed away shortly after birth). When Randy started school, she took a part-time position in the Williams County Courthouse as secretary to the County Superintendent of Schools, which became full time when both children had graduated. She retired after 28 years. Richard and Wilma were happily married for 69 years.

Wilma is preceded in death by her parents, her husband and a brother, Lyle Bloomfield. She is survived by her brother, Leonard Bloomfield, of Lakeland, Florida, daughter Cheryl (Ron) Cosner, grandchildren, Stephen Cosner and Debbie Cosner (Rory) Toth, great-grandchildren, Ryan, Kaylie, and Aydan Toth, who all live in Charles Town, West Virginia, and her son, Randy Weisz, of Coldwater Lake, Michigan, and grandchildren, John Weisz, of Albany, New York, and Van Weisz, of Vail, Colorado.

Wilma and her family were members of the Bryan Methodist Church (now Wesley UMC), where she was a member of the Methodist Women’s Society and the choir.

She played the piano for the children’s Sunday School Department and taught the third-grade class. Wilma joined the Bryan Mothers Club, that met at the Lincoln Elementary School. Richard and Wilma were Charter Members of the Fountain City Square Dance Club.

In 1967, Richard and Wilma joined the United Church of God in Indiana. Wilma played the piano for the church services for many years.

A memorial service will be held on Sunday, February 23, 2020, at 2:00 P.M. with Elder Scott Moss officiating, held at the Krill Funeral Home, 860 West Mulberry Street, Bryan. Interment will be a private service at Fountain Grove Cemetery, Bryan.

Memorial gifts may be designated for the United Church of God, Hillside Country Living, Heartland Hospice or Fountain Park.