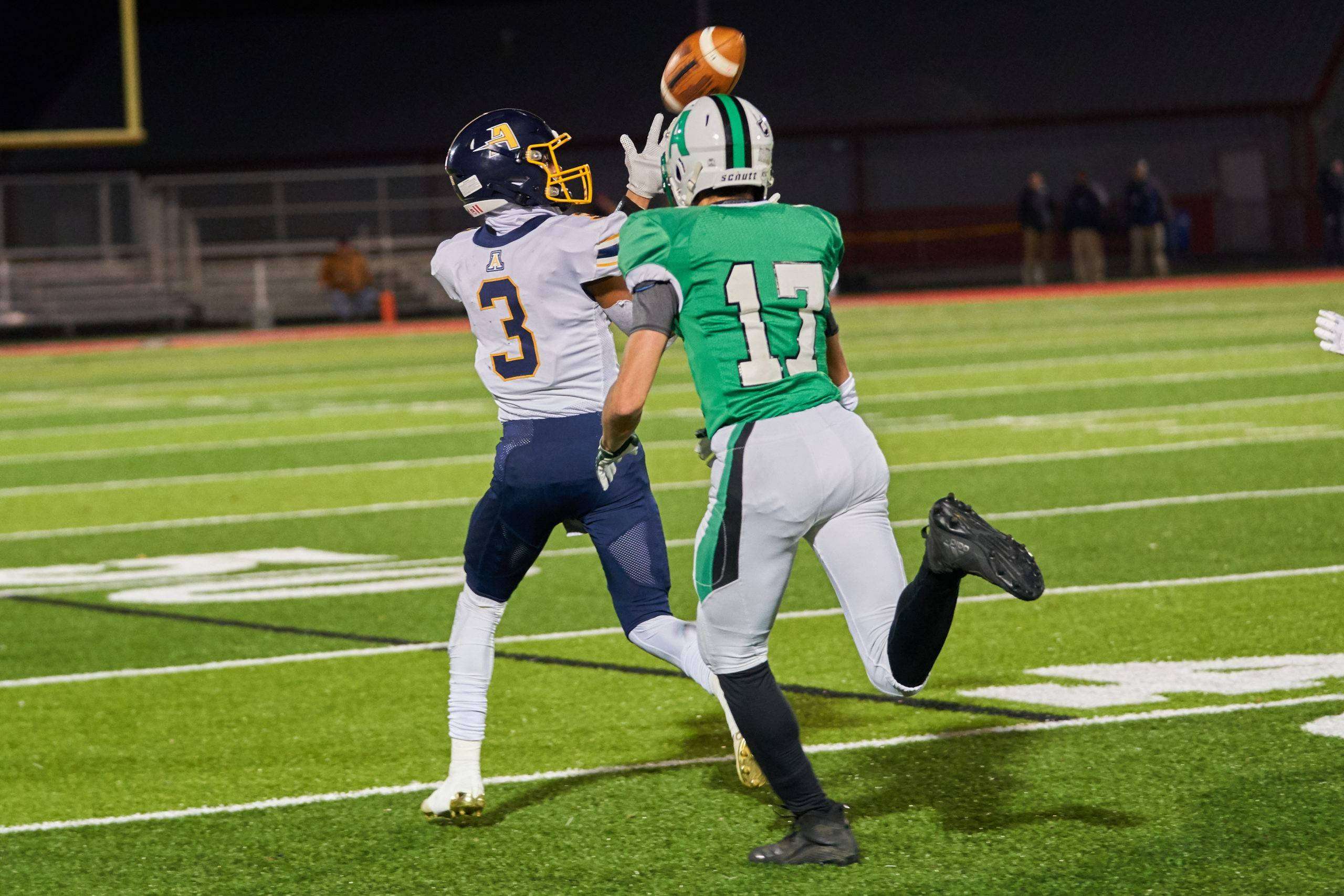 LIMA-The Anna Rockets have been the top ranked team in the state for Division VI for most of the season and they showed why in the Division VI Region 23 championship game last Friday against Archbold.

Anna needed just 11 plays in the first half to score three touchdowns and their defense added a score of their own as they built a 28-0 lead at the half on their way to a 42-7 win.

After the Archbold opening drive was stopped on fourth down at the Anna 27-yard line the Rockets took over and went 73 yards in seven plays capped off by a quarterback sneak from Brett Bixler to make it 7-0.

The Bluestreaks would go three and out on their next possession and Anna took just two plays to find the end zone as Riley Huelskamp scampered 41 yards for a score to make it quickly 14-0.

The Rockets next drive started near midfield after stopping the Streaks on downs and Huelskamp scored on an eight-yard run to put Archbold in a 21-0 hole.

The Anna defense then added a touchdown when Brandon Shannon rumbled 62 yards for a touchdown after he scooped up a backwards lateral by Archbold quarterback DJ Newman that went thru the receivers’ arms to extend the Anna lead to 28-0 at halftime.

It took the Rockets just three plays to score on the opening possession of the second half as Bixler went to the air for the first time and connected on a 36-yard strike to Nolan Emerson on a pass that was tipped by Archbold cornerback Tony Grime before Emerson hauled it in.

With the running clock in effect, the tenth time Anna has had a running clock this season, the Streaks answered with a 12 play, 65 yard drive that resulted in a Newman to Antonio Cruz 18-yard touchdown to make it 35-7 with 4:13 to go in the third quarter.

Anna (12-1) then took advantage of a short field after recovering an Archbold onside kick with a drive that covered 51 yards on nine plays, ending with Huelskamp scoring his third touchdown of the night, this one on a three-yard run to make it 42-7 with 10:20 left in the game

Newman, who was under pressure all night, went 11/22 for 130 yards with a touchdown and one interception. Archbold (11-2) ended the night with 289 yards of offense with Noah Gomez leading the ground game with 67 yards on 15 attempts and Cruz had four receptions for 72 yards.