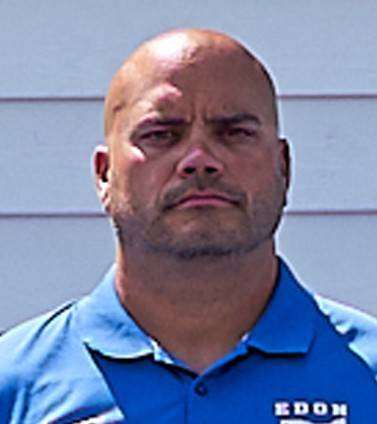 For the second time this week a Williams County football head coach announced he is resigning. Two days after Steve Brancheau stepped down at Montpelier, Edon head man Scott Staten submitted his letter of resignation after a successful ten-year run.

“As of today, I am officially resigning as Head Football Coach and Weightroom Coordinator for Edon Northwest Schools. I am extremely proud of all that we were able to accomplish over the last ten years and the young men we were able to develop”, said Staten in his resignation letter.

“First, I would like to thank my family for their continued support and allowing me to coach the great game of football, at a high level. You have been my foundation through wins and losses and my two children are the motivation behind my drive to succeed.”

“Thank you to the assistant coaches, both paid and volunteer, that shared the sidelines with me over the last ten years. Your time away from family and dedication to the program helped us reach a mountain of success”, he continued.

“You were able to witness the true joy of victory and the toll losses play. We promoted winning and a lot of winning took place along the way. Through this football program we were able to teach many young people that hard work, discipline, mental toughness and handling adversity will lead you to success in life.”

“During our time with the Bombers, we were able to take a struggling program and turn it into immediate success. In our first year, the 2010 team went from 2-8 to 7-3 because of that groups willingness to believe in the process and outwork the competition.”

“In our first four years of running the Bombers Football Program, the 2013 class became the winningest class in school history. We put Edon back on the map and gained the respect of other programs from all of northwest Ohio and surrounding areas.”

“We went on to qualify for the state playoffs, three times, to add to a total of five playoff appearances in school history. We developed a competitive lifting team that won the Northwood Powerlifting Meet, twice, and finished runners up three times”, commented Staten as he pointed out the highlights of the program during his ten years.

“We also developed a nutrition program to feed the lifters in the morning and educate them on how to properly take care of their bodies. We could not have done this without the supportive parents and community members. You allowed us to coach and push your kids to get them to complete physical tasks that they never dreamed were possible.”

“I would personally like to thank former Athletic Director, Don Walton, for molding me as a young 28-year-old Head Coach and guiding me along a path to success.”

Staten, a 1999 graduate of Edon, was 54-49 during his time at Edon and was named the TAAC Coach of the Year three times. The 54 career wins make Staten the winningest coach in Edon football history.

After going 7-3 last season, this year’s team shook off a 1-3 start to go 7-3 and qualify for the State Playoffs where they lost to Norwalk St. Paul in the opening round of Division VII Region 26.

“Most importantly I want to thank all my players, past and present. I have given everything I have, physically and emotionally, to you and this program and the return is immeasurable.”

“I cannot say enough how grateful I am to have had the opportunity to teach and coach such incredible human beings with great competitive spirits. The bonds that we have built will never be broken. Keep pushing forward and remember “It’s All Mental.”, concluded Staten.