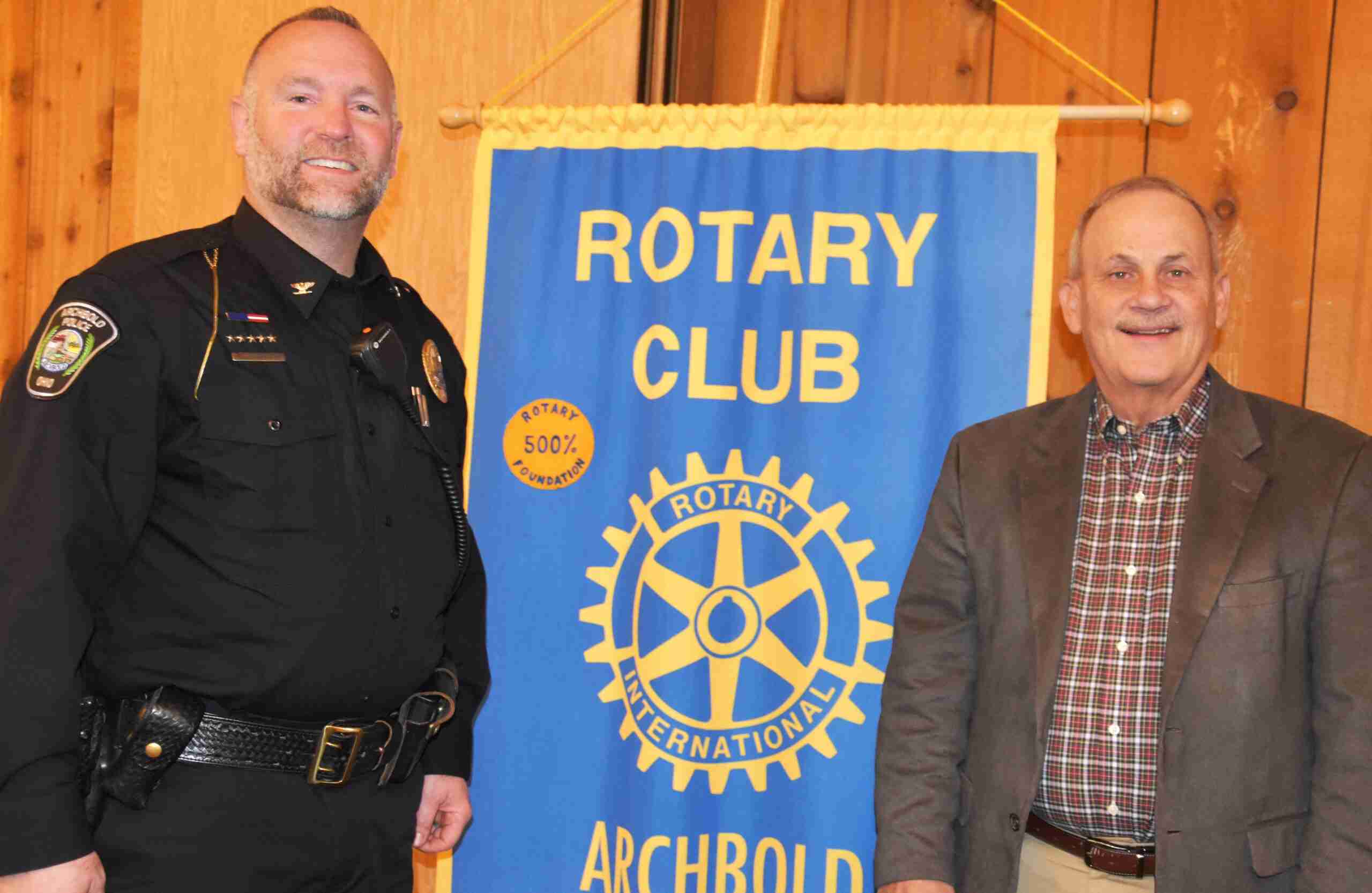 NEW MEMBER … Archbold Police Chief Leo Wixom became the 54th active member of the Archbold Rotary Club at its December 8 meeting. He was sponsored for membership by Bill Rufenacht (right). Chief Wixom has been with the Archbold police department for some six years and was appointed chief in 2017. Before that, he worked 21 years with the Fulton County Sheriff’s Department. He and his wife, Jadea, who is an elementary teacher, have three daughters who have attended Pettisville Schools. For more information about Archbold Rotary and Rotary in general, visit the club’s website at www.archboldrotary.org.