Archbold Rotarians Learn About Battle Against Narcotics In Six-County Area 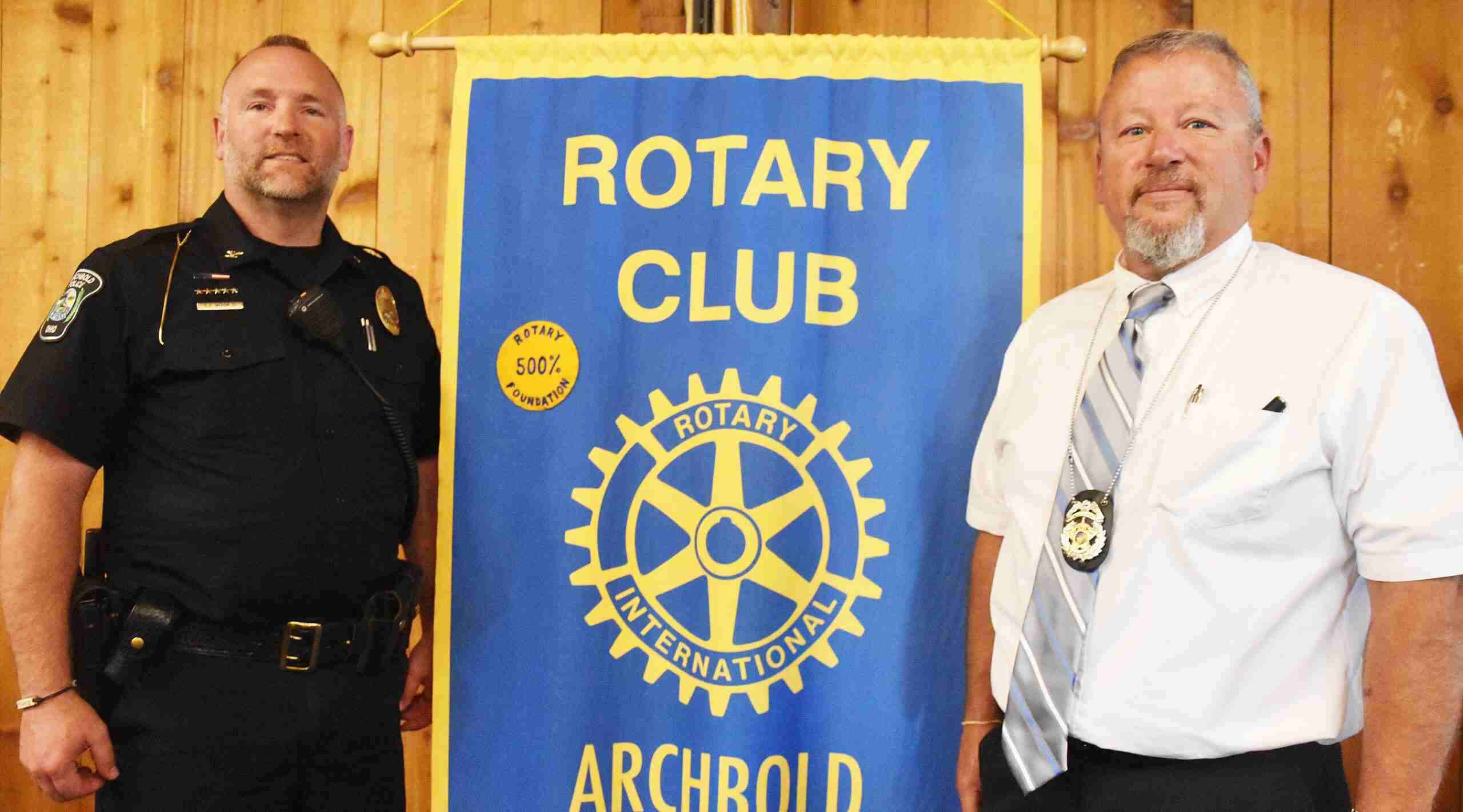 The Multi-Area Narcotics Unit is starting its 32nd year of building cases and bringing justice to individuals who traffic and move all types of narcotics throughout the six-county area.

Commander Max Nofziger, who retired from the Fulton County Sheriff’s Department, told Archbold Rotarians that all types of drugs are available in the area — marijuana, crack, cocaine, heroin, methamphetamines, synthetic drugs and the most dangerous of all — fentanyl.

He showed Rotarians how small single doses of many of the drugs can be and explained why fentanyl causes so many fatal overdoses.

The fentanyl itself is so powerful that it is mixed with other substances. However, mixing fentanyl is hardly a precise science, he said.

As a result, some of the doses may have little fentanyl and may not produce much of a high while others have more — many times enough to cause an overdose and death, even though both doses came from the same dealer. And, the drug itself can vary in strength or purity.

Rotarian Kyle Brodbeck who is the director the Archbold EMS director said that both Archbold police and EMS personnel have been trained to administer Narcan to reverse the effect of an opioid overdose if given immediately.

In the Archbold area alone, he said, the departments use about one and a half doses of Narcan every month.

The local MAN Unit is one of 44 such task forces in Ohio, and different parts of the state deal with different narcotic problems.

Archbold police chief Leo Wixom said that in one way or another, 50 to 60 percent of the local crime cases involve narcotics.

Whether the actual crime is breaking and entering, theft, assault or whatever, narcotic use was a factor in more than half of the cases that the Archbold police deal with.

Since the MAN Unit was formed in 1990, it has been involved in some 10,000 cases. Nofziger explained while that may not sound like a lot of cases over 32 years, most of the cases that the MAN Unit works take a year or more before any arrest is made as the officers try to build a case against a network of dealers, suppliers and users.

Federal cases take even longer, he said, as they work to cast an ever broader net across many jurisdictions.

For more information about the MAN Unit or how to provide tips, visit their website: www.manunitohio.org.