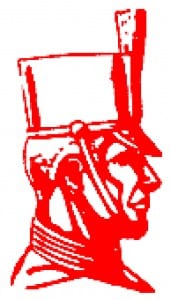 In the aftermath of the tragedy at Sandy Hook Elementary Schools, many school administrators have had to consider how well protected their own schools are against the possibility of a similar attack. Superintendent Bob Smith and school board members, in addition to the Mayor of West Unity Peg Bernath and Chief of Police J. R. Jones, have taken the issue very seriously and passed a resolution to hire an officer to guard and protect the children and staff of the Millcreek-West Unity school district. This was one of several issues discussed and approved during the organizational and regular meetings of the school board on Monday, January 7, 2013.
During the organizational portion of the meeting, members voted to elect Ron Baker as President of the Millcreek-West Unity Board of Education, and Sarah Carothers as its Vice-President. They approved a Board of Education Service Fun in the amount of $3000. Last year, the board spent a little over $1000 of the amount established. The board decided that regular meetings will be held the third Monday of each month at 6:00 p.m. in the Band Room during 2013, with the exception of February and June. The February meeting will be held February 11 as the following Monday falls on a holiday, and the meeting in June will be held on the last Monday of the month, June 24. The time and location for those meetings has not been changed. The board voted to continue their compensation at $80 per meeting.

Sarah Carothers was appointed as the Legislative Liason for the 2013 Board of Education, and the board approved the appointment of Elementary Principal Laura Springer as Superintendent Pro-Tem for the 2013 Board of Education. Appointed to the Facilities/Technology Committee were Brian Weiland and Roger Detwiler; and to the Audit Committee, Ron Baker and Sarah Carothers.

The board approved the following authorizations:

Attendance at the following meetings:

The board then moved into the regular meeting of the Board of Education. The consent agenda was approved, which included the following:

Chief of Transportation Al Wheeler reported the bus inspection had gone well, with only minor fixes needed. There are two extra buses ready for use if needed. One bus may need to be put out of commission, so at some point, money will need to be put into it, or another may need to be purchased. Presently, one bus is receiving repairs, which are being done in-house at one-third the cost of taking it to the shop. As temperatures have fallen, the buses are plugged in at night to keep engines warmed, except on the weekends. Wheeler returns to plug them all in on Sunday night so that they are ready in the mornings when school begins for the week, and he arrives early on school days to ensure that the buses in working order before the head out in the morning to pick up students.

Mr. Larry Long, who recently retired after serving as principal in the Patrick Henry Local Schools, was hired as interim high school principal at a cost of $250 per day on an as needed basis. In his third day on the job, he said that he was looking forward to working with the students. He is getting ready to start scheduling for the next school year. He added that he is hoping to bring stability to the staff, students and district, and wants to bring the district forward.

Elementary principal Laura Springer reported on the Slow Train conference that she had attended. She learned how teachers will be evaluated. At present, fifty percent of a teacher’s performance evaluation is based on student achievement. Teachers will receive training during an in-service in February on how they will be evaluated according to state standards.

Springer discussed upcoming activities for the No-Bullying committee. This is part of the Olweus bullying prevention program. On January 14, students will decide which five teachers will receive a pie to the face. Students will purchase tickets with which to cast their votes. Later in the month on January 24, a speaker will come to the school, first meeting with teachers, and then with grades 7 – 12, with fun activities in the commons for younger grades. The program will be open to the community at 7 p.m. that evening. Teachers will receive training January 16 to prepare for the event.
Tracy Thompson gave her report and the board approved revenue increases, and appropriation of modifications. A revised amended certificate will be filed with the Williams County Auditor to reflect the increases in fund expenditures and revenue.

Superintendent Dr. Bob Smith had prepared and distributed a letter that he read during the meeting regarding the shooting at Sandy Hook Elementary School in Connecticut, and the need to make sure that the district’s students are protected from similar harm. He indicated that he had approached Chief of Police J. R. Jones to discuss the use of a safety officer for the building. He noted that Millcreek-West Unity are all housed in one building, so this would make it feasible to have one officer hired to serve the entire student population. Smith wrote that the officer would be on site to protect vulnerable areas such as the elementary playground, and would be available for other duties within the school including:

Smith indicated that “a safety officer would be our way of being pro-active in an unstable gun climate – our way of insuring parents that the safety of these kids and our staff is our first priority.” He added that “the cost for this program would be under $20,000 – a cost that hurts an already strained budget (but) can we afford not to do it?”

Smith recognized Mayor Peg Bernath and Chief J. R. Jones who attended the meeting. He explained that before an officer could be hired and begin duties at the school, the board would have to pass the resolution, and a contract would need to be approved between the village and the West Unity Police Department. Mayor Bernath said that the village would cover the cost of having a police car to be parked at the school if the district would pay the officer’s salary and benefits. She added that the council could vote upon the matter at its Thursday meeting, and it was feasible that an officer could be posted in the school building in the next few days, but that the town’s legal counsel would need to review the contract first. The board voted to pass the resolution. After a contract is entered into, a formally trained police officer will be contracted on a day-to-day basis until there is a permanent assignment. The board will determine the start date.

Superintendent Dr. Smith discussed the districts financial projection. He said that expenditures listed were in line, but that income may have been over-estimated. The district will not receive stimulus money this year, and income will likely be $200,000 to $300,000 less this year. He will compile new projections.

Smith had this in mind when he talked about a levy renewal that will be on the May 2013 ballot. Administrators will begin working on letters to be mailed promoting a renewal, but school funds can not be used in the effort. “We just have to have that (renewal),” said Smith.
Ending the meeting on a lighter note, board member Ron Baker said that “I hope we have a good remainder of the school year.”