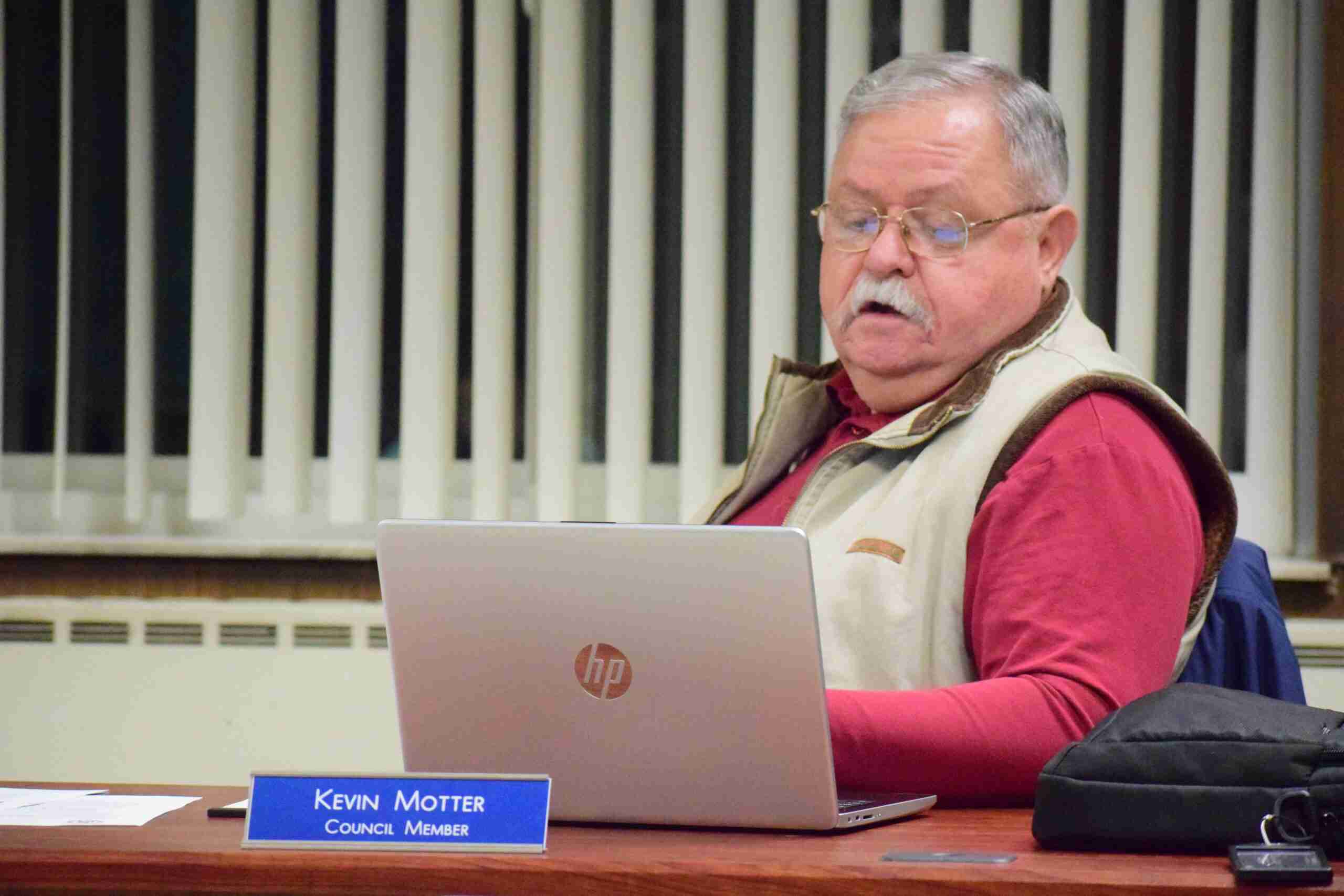 Montpelier Council member Kevin Motter, who is also District Officer in the American Legion, shared during the January 24, 2022 Montpelier Village Council meeting that he had been contacted about a group of National Guardsmen coming to assist the hospitals in Williams County.

National Guard Master Sergeant Michael Sipe from the 180th Fighter Wing in Swanton called Motter on January 12th, asking for some help in finding a contact person in Lucas County “who could provide Morale, Welfare and Recreation (MWR) services for sixty Army and Air National Guardsmen conducting Covid testing for an extended period.

Motter put him in touch with an officer in the American Legion Lucas County Council and soon heard back from Sergeant Sipe.

He said that ten men would be coming to Williams County from January 16 through February 4, “as part of a Task Force assisting hospitals that are being adversely affected by the recent COVID spike.”

He was informed that they would be staying in Holiday City and was asked if he could arrange MWR services for them. Motter said he contacted American Legion Post commanders and Dan Bonney with the Veterans Service office, who contacted the other Veterans organizations within Williams County.

Immediately a long detailed list of MWR was put together for these Guardsmen and they were graciously and exuberantly welcomed to Williams County.

The list began by saying, “The citizens of Williams County wish to extend a warm welcome and it is our hope that your stay with us is comfortable and enjoyable.”

Motter shared some specifics of how the county is providing MWR:

–  The American Legion County Council is providing access to the Pioneer American Legion for recreation and is paying for laundry drop off and pickup at Fabricare Cleaners in Bryan.

–  DAV Chapter 83 is paying for a “Dine In” at JJ Winns Restaurant.

–  Kim Friend at the Montpelier Chamber, arranged Welcome Baskets from various Chamber members and local residents, along with a “Dine In” at Drop Tine Winery and Tap House and a Game Day/Night Party at the Chamber Office sponsored by Distinctive Roof Services.

–  Each member of the detachment was provided a list of local Houses of Worship along with schedules of their services.

–  Names, email addresses and phone numbers of Kevin Motter, Dan Bonney and Kim Friend were given as well, for them to contact if they needed any further assistance.

Motter said that he met with the Detachment Commander, Captain Matthew Clairday, who leads the ten Army and Air Guard members working at the Bryan Hospital.

“Captain Clairday expressed his gratitude for all his soldiers and airmen,” Motter said. He is staying in touch with the Captain periodically to ascertain if there are any other needs that could be met.

Motter said at the Council meeting as he ended his report, “I say thank you to our community for stepping up time and again for Veterans and those serving today.”