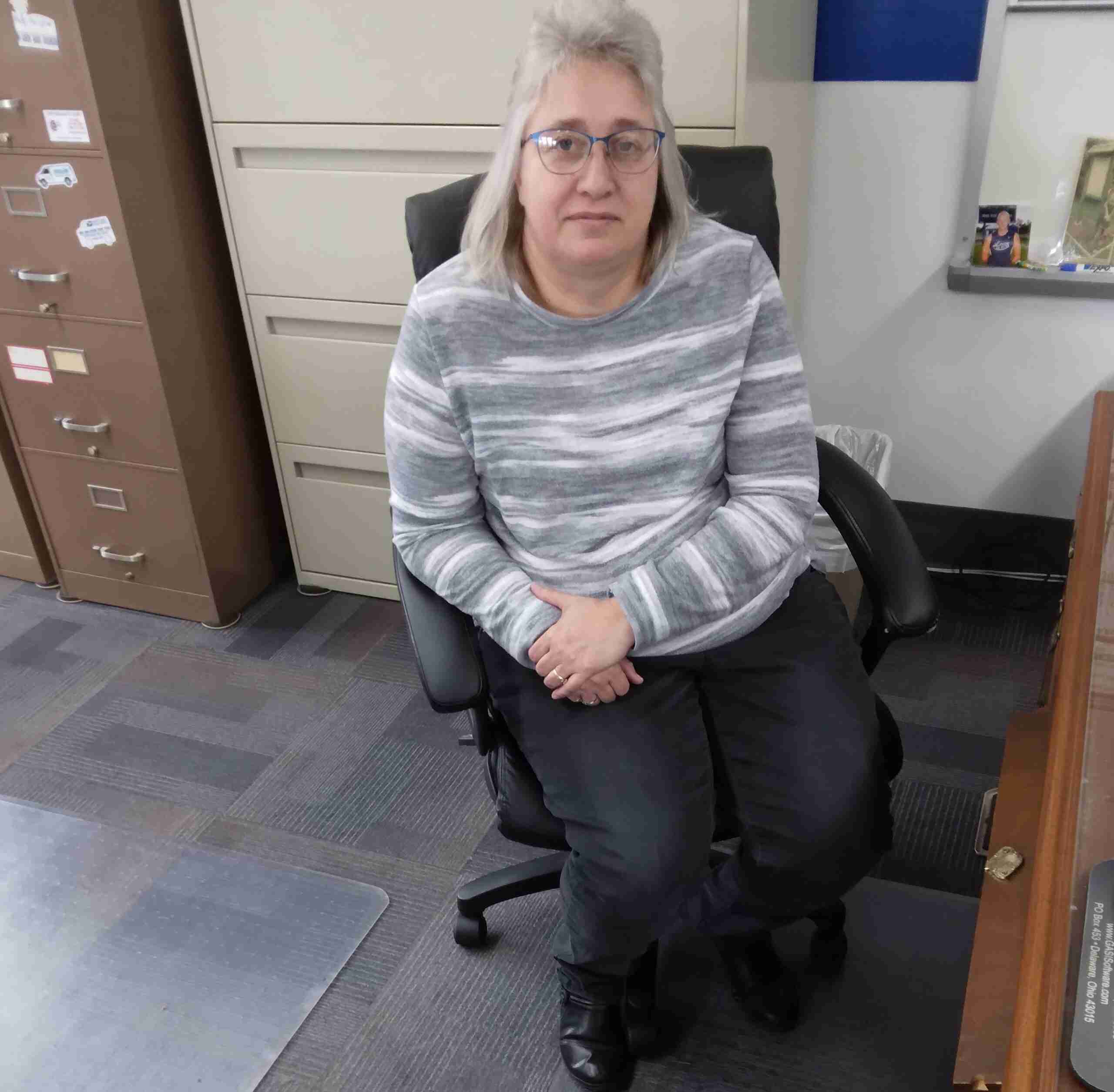 DOUBLE DUTY … Beth Rediger serves as the Fiscal Officer for both Stryker and Blakeslee. (PHOTO BY DANIEL COOLEY, STAFF)

The Blakeslee village council assembled on April 24, but as the meeting time approached, not enough members showed up, in order to hold a regular meeting.

Only three members attended the meeting and four members were needed in order to take a vote on anything.

Rediger also reported that all Blakeslee residents have paid for garbage. With nothing legally to vote on, the meeting was adjourned.