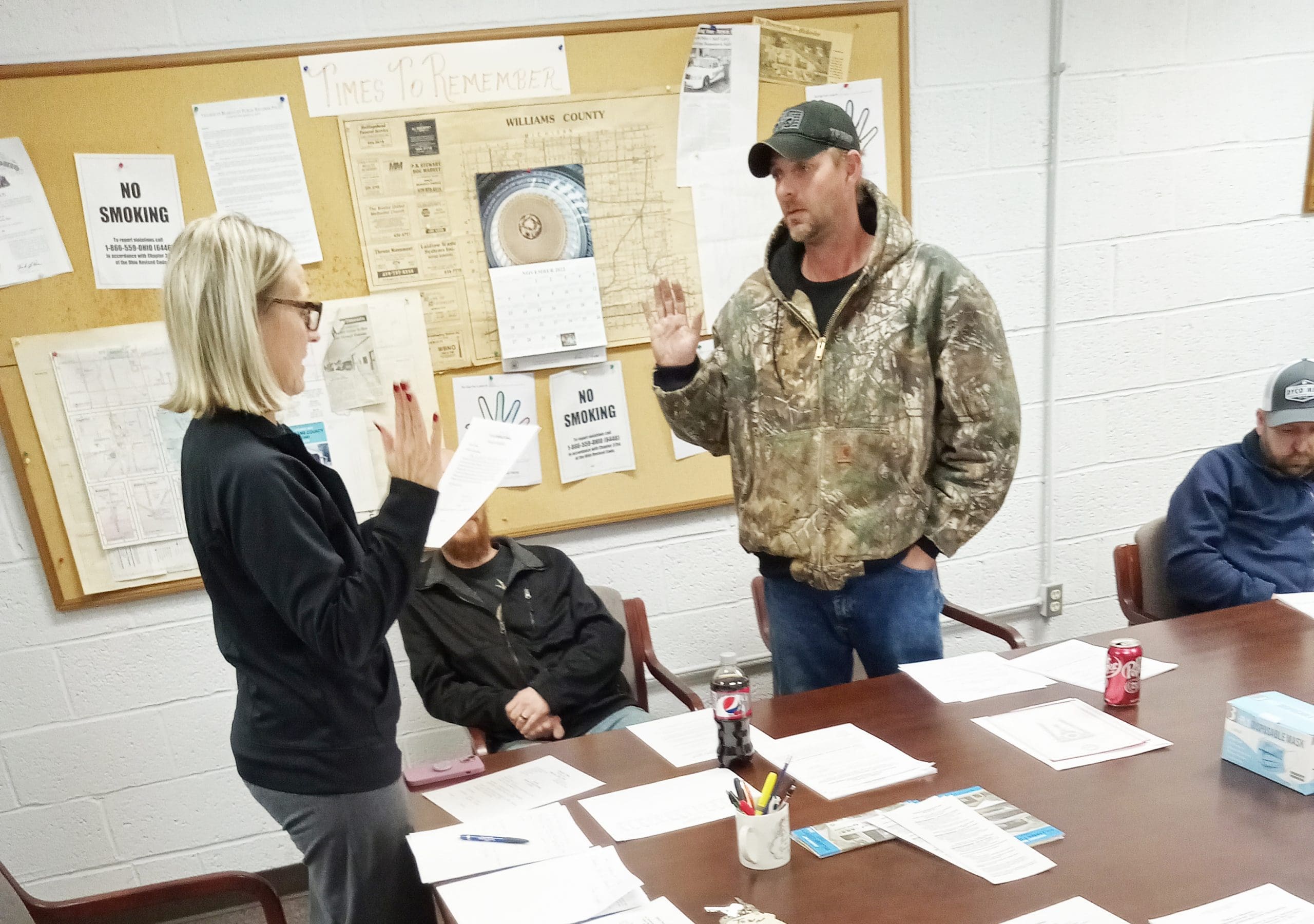 TAKING OVER AS MAYOR … Blakeslee Clerk Courtny Osborn, left, swears in Cody Reynolds as he becomes the new mayor of Blakeslee. Reynolds will begin his mayoral duties on January 1, 2023. (PHOTO BY DANIEL COOLEY, STAFF)

In the first order of business, council approved the minutes from the previous November 16 meeting.

Next, council approved Ordinance 2022-01. This ordinance involves the permanent appropriations for 2023.

Clerk Courtny Osborn stated that all the other finances will be the same, bringing the total for 2023 to $41,569.

Up next, visitor Michelle Powell, a Blakeslee resident, stated that she is concerned about what she considers poor lighting on Main Street, Route 34.

Essentially, she would like to see another light on the street. She is also concerned about potholes, or possible potholes within the village.

Reed said that he will look into the lighting matter. He will check the cost and see if it is feasible to put in another light. He will also keep an eye out for potholes.

Next, Mayor Linda Muehlfeld has put in her resignation letter. Her last day will be December 31. Muehlfeld has served as the Blakeslee mayor for the past 22 years.

Council president Cody Reynolds will take over as mayor, on January 1, 2023. He was sworn in by Osborn. The board will need to fill Reynolds’ spot by February of 2023.

The board will also need to elect a president of council and will do that at the next council meeting on January 12.

Reed thanked Muehlfeld for her many years of service.

Dan can be reached at publisher@thevillagerepoorter.com