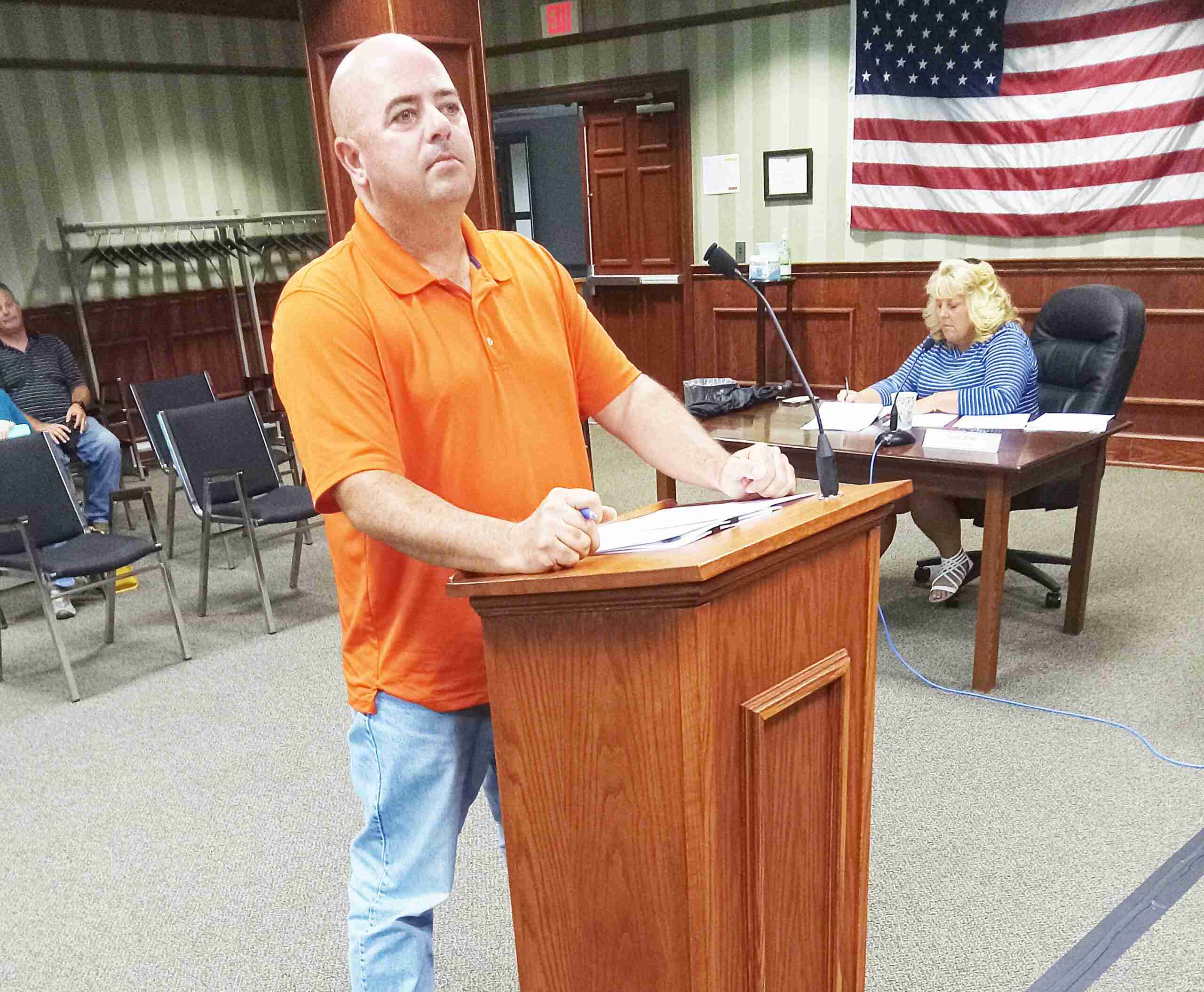 UPCOMING PROJECTS … Bryan City Engineer Brian Wieland asked the council to approve of two sewer projects and a possible third. The third one could be done this year or next. (PHOTO BY DANIEL COOLEY, STAFF)

Next, Bryan resident Marjorie Wilson voiced her concerns about the city’s new trash pickup company. She said that the recycling of items one and two was different than the rules on paper that were given to her. She also didn’t like paying for things that hadn’t even happened yet.

Mayor Carrie Schlade clarified that regular trash goes to the landfill and that recycling items go to Fort Wayne. Yahraus told Wilson that she will investigate her concerns.

Council then approved Ordinance 39. This ordinance approved the transfer of funds from a variety of sources totaling $700,000, for the city of Bryan, through August 31st.

Next, council approved Ordinance 40. This ordinance amends Ordinance 56 from 2006. The new ordinance removes animal control by the Williams County Humane Society, which will no longer be able to trap feral cats.

Outside sources will now do that. Mayor Schlade suggested that residents buy cat tags, which cost twelve dollars, covering the lifetime of the cat.

Council then approved Ordinance 41. This approves the editing and inclusion of certain ordinances as parts of the Codified Ordinances of Bryan conforming traffic and general offenses.

Next, council approved Resolution 42, allowing the mayor to prepare and submit an application to participate in Ohio Works Commission State Capital Improvement for a construction project. Here it’s a sewer project, regarding the South Myers Street area.

Council then approved of Resolution 43, allowing the mayor to apply to the Ohio Works Commission for a sewer project for the South Walnut Street area.

That was followed by council approving Resolution 44-2022. This allows the clerk-treasurer to apply for various bids. Here, engineer Brian Wieland applied for the Western Bryan Sewer Replacement project, for West High Street and areas south.

Wieland said that he wasn’t sure yet if he will do this project this year or not, depending on available funds.

Next, council approved of a building permit for the Williams County Regional Airport construction project.

In council comments, Betts thanked the airport for their investment into the Bryan area.

Yahraus told residents to be patient when dealing with the new trash pickup company and thanked the airport, regarding the building permit.

Hupe thanked Mrs. Wilson for coming in and voicing her concerns and thanked Bryan for the grants that the city has applied for.