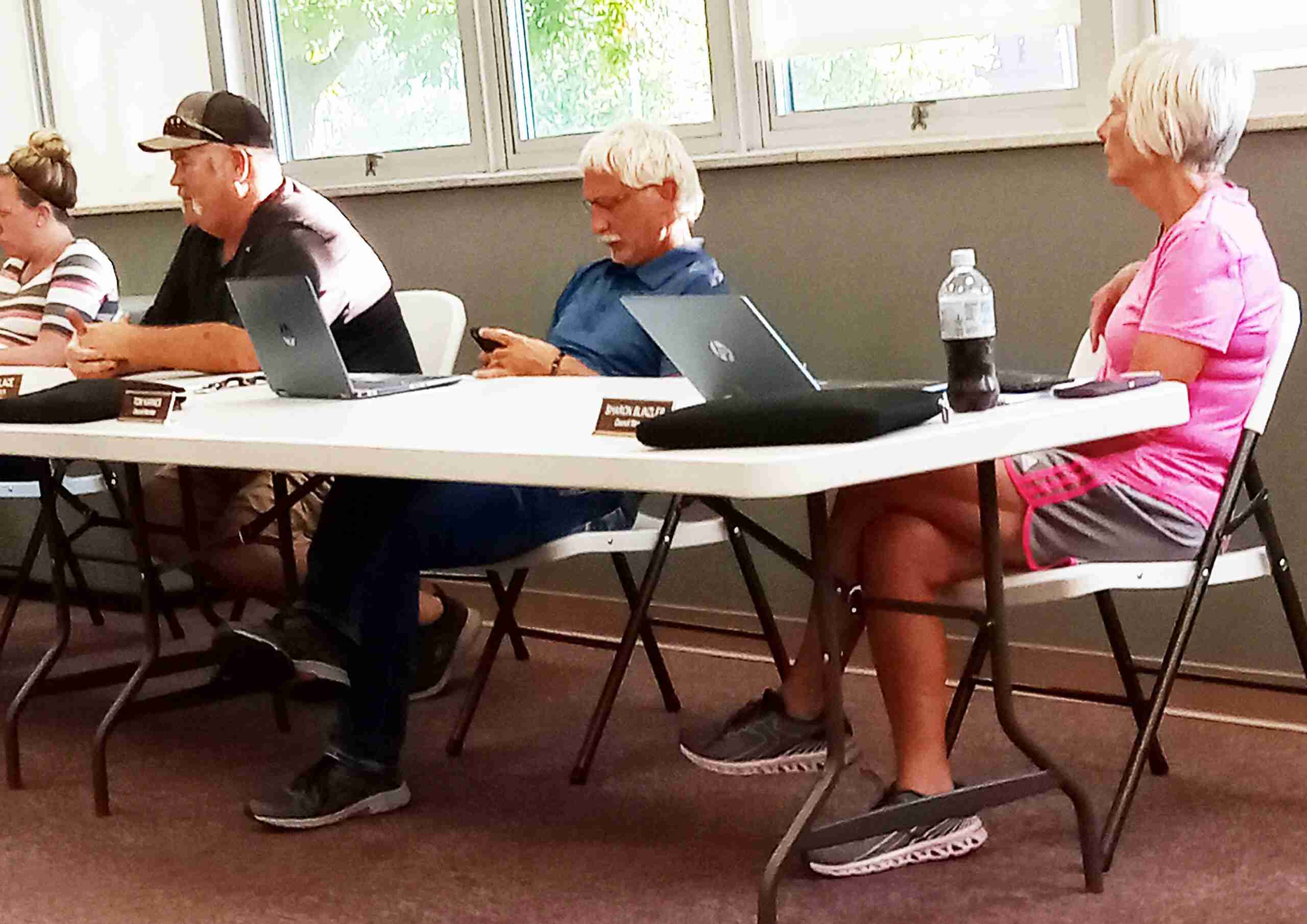 VOTING ON LEGISLATION … Left to right are Edgerton council members Chuck Wallace, Tom Karnes, and Sharon Blinzler. They are getting ready to vote on Resolution 2022-019, involving the water treatment plant. (PHOTO BY DANIEL COOLEY, STAFF)

The Village of Edgerton’s August 2nd council meeting began with the Pledge of Allegiance, followed by a prayer from Mayor Robert Day. That was followed by roll call.

Administrator Dawn Fitzcharles then gave a report. Fitzcharles stated that the lighting upgrade on the outside of the village hall building has been completed.

Fitzcharles also stated that EK Computers has started upgrades, because the backup power supply was not sufficient.

Village Fiscal Officer Denise Knecht then gave a report. She stated that the July financials ended up balancing. Council then approved of the motion to pay the bills.

Mayor Day said that this year’s Homecoming went well including replacing the truck pull with fireworks. Day thanked the Edgerton Chamber of Commerce for all their hard work.

Next, council approved Ordinance 1107. This, according to the agenda provided “for a supplement to the 2022 annual appropriations.”

Council then approved Resolution 2022-019. This resolution is for capital improvements for the water treatment plant. Fitzcharles stated that the village is hoping for a $500,000 grant for the project to make it more affordable.

Fitzcharles stated that improvements on the water treatment plant have been made. Most of the valves and pipes have been there since the 1960’s, so those have been replaced.

Council then went into executive session. Upon return, it was announced that council had approved of the reclassification of employment for Jeremy Wright to probationary line worker trainee.

According to Fitzcharles, “Wright has been with the village since November of 2021. Wright has had perfect attendance and will assist with the electric department.”

In addition, council approved of the village’s request to advertise for a full-time park/street maintenance position.