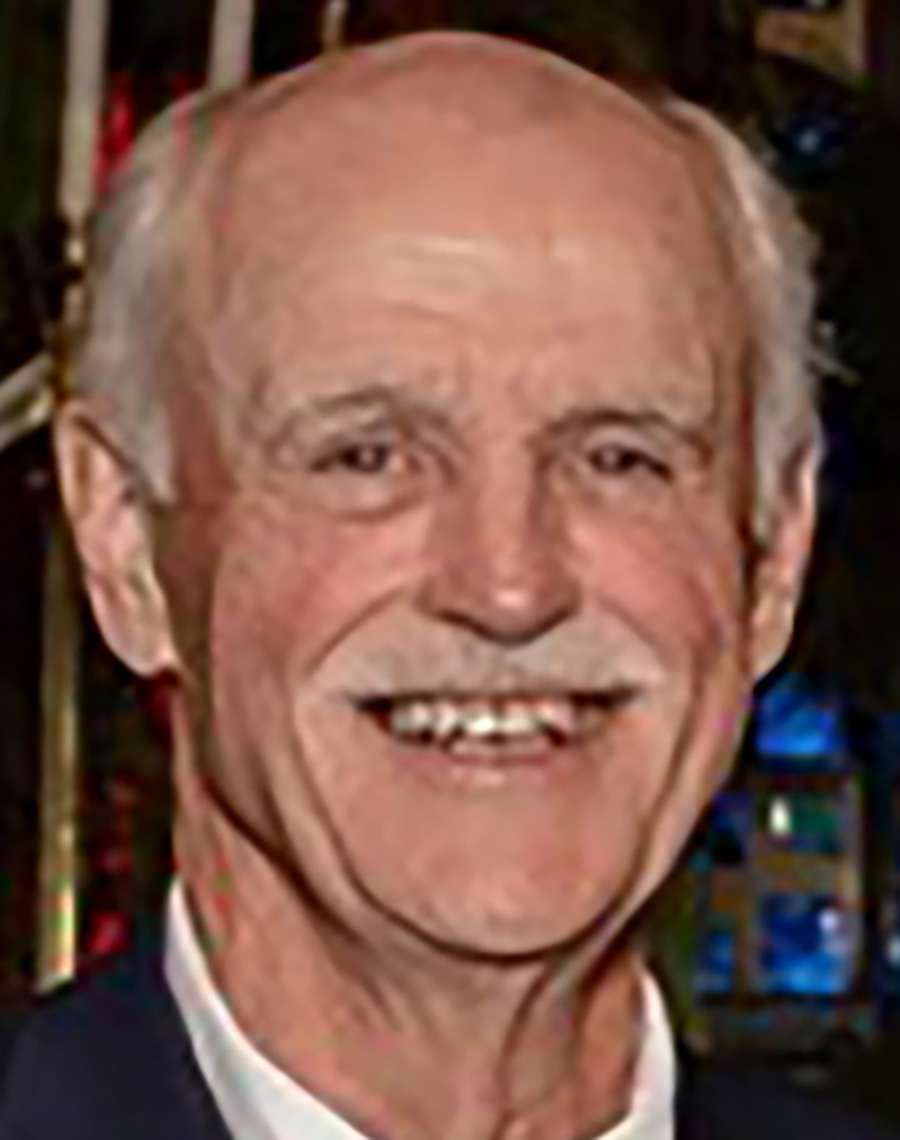 Surviving is his wife JoNell (Walker) Gotshall, whom he married on August 3, 1968, at Bryan’s First Church of Christ.

This is the church in which he was baptized in 1957 and the church he still attended, making him one of the congregants with the longest membership.

For many years he was on the church board as a deacon.

Also surviving are JoNell’s brother, Rick Walker, and wife Maggie, and her sister, Cynthia (Walker) Ashmore, all of the Hendersonville, North Carolina, area.

Always an athlete, he played three varsity sports (football, basketball and baseball) at Bryan High School, and for several years he held the scoring record in basketball.

While earning his B.A. at Adrian College, he was a varsity baseball pitcher and member of the Sigma Alpha Epsilon fraternity.

He became an avid racquetball player when the “Y” opened in Bryan. After retirement he took up golf, joining Stryker’s Riverside Greens, where his ability to organize eventually had him setting up the senior scrambles on four out of five weekdays.

At Stryker and at two other golf courses he five times achieved a golfer’s goal of scoring a hole in one. For years he also was the organizer of regular poker games.

He liked solving puzzles, such as jigsaw and crossword puzzles, and while a high school principal before the use of computers, he treated setting up the master schedule of classes for all the students as a big puzzle.

His career in education was spent in the Edon Northwest School System. After teaching in the middle school along with coaching high school baseball and football for three years, he earned his M.Ed. in administration while serving as high school principal beginning in 1972, along with being athletic director.

In 1983 he changed responsibilities at EHS, earning another degree while assuming the position of guidance counselor, from which position he retired in 1997.

According to his wishes, there will be neither visitation nor funeral service. However, there will be a gathering to celebrate his life on Sunday, March 27, 2022, from 2:00-4:00 P.M. in the fellowship hall of the First Church of Christ, where sharing memories of him will be welcomed.

Memorials may be made to the First Church of Christ, the Williams County Humane Society, the American Heart Association or a charity of the donor’s choice.