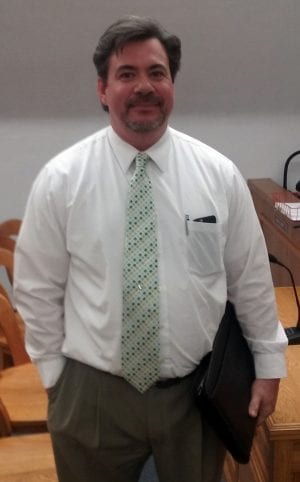 Williams County will not be changing financial institutions anytime soon, after the Board of Commissioners decided to stay with local banks.

County Treasurer Vicki Grimm appeared before the board Oct. 24 for a meeting of the Investment Advisory Board. The board includes Grimm and the three county commissioners.

Grimm had sent an article about the possible investment opportunities if the county went with Star Ohio, which was offering 0.63 percent interest. The shift would require constant vigilance tracking the investment, she said.

“We are still doing well overall (with our) portfolio,” Grimm said. “Our CDs do better than 0.63 percent.

“Star Ohio’s interest rate may be higher, but the workload is higher.”

The commissioners were not keen to support Star Ohio since the institution isn’t paying the freight.

“Star Ohio does not pay real estate tax in the county,” Lewis Hilkert said, contrasting that with local banks who do pay taxes. “I am not in favor of putting (our) money in Star Ohio.”

The county’s investment picture is improving since the last quarterly update in June, Grimm said. Collections of taxes and interest on investments are making up for the earlier losses, she said.

While interest rates are down now, following the lead of lending rates, Hilkert said if those rates start to rise, interest rate may start back up as well. He cautioned against thinking the heady days of 2007 will come back anytime soon, or if ever.

In other news:
-The commissioners received the monthly update from Jobs and Family Services Director Fred Lord who brought in a couple of his staff. The pair deal with a lot of the bookkeeping of the department in terms of allocations and federal grants.

The two women are experienced with the system and know the “magic tricks” to get things done (legally).

Lord said he is in the process of getting wi-fi installed at his office.

-The planned courthouse decorating blitz for Nov. 6 has been put on hold until the work at the Courthouse Clock Tower has been completed. Items for the event will be placed on the bandstand until they can be set up.

A new air conditioning unit at the Clerk of Courts office has been approved for $7,862.