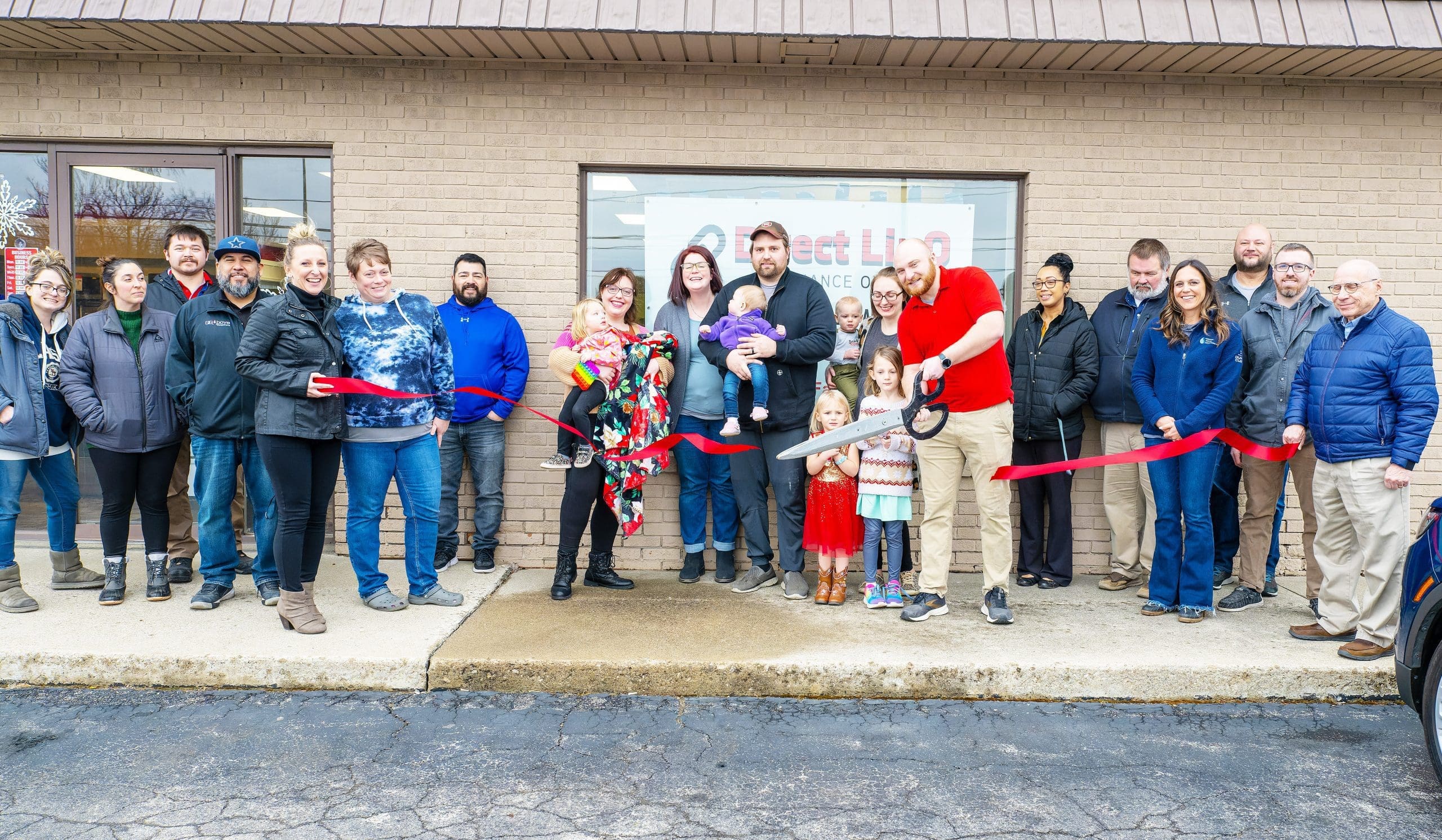 A ribbon cutting was held for the occasion on Tuesday, January 17th.

The event saw numerous other local business owners in attendance, along with city officials and the Wauseon Chamber of Commerce.

Owners Phil Walsh, Clarence Walsh, Jake Jones, and Austin Mseis were also there to greet everyone who came out for the event.

Many may already know the name Direct LinQ since it was in operation ten years ago as a computer business.

It was sold, and then five years later opened in Bryan, Ohio as an appliance store. The store specializes in new, used, scratched and dent appliances.

The store is also a full-service repair shop that has two technicians who will come onsite to fix your appliance issue.

Delivery and install is also available for orders, and if they don’t have what you’re looking for, they can order it.

Brands of all kinds are offered at the store including Whirlpool, Kitchen Aid and Speed Queen.

These and other brands are offered in products such as microwaves, dishwashers, ranges, washer and dryers, fridges, and freezers.

This new location is in addition to their already established Bryan location. Owner Jake Jones explained that it was time to bring a new Direct LinQ building to Wauseon.

“We have been expanding and are wanting to expand on the Direct LinQ name. The whole process has been phenomenal along with the support we have been receiving.”

“We have had plenty of business over this way, so it was time to come over in a big way.”

“We also saw that there was not much in the area that was like what we do so we decided to open one up here,” said Jake Jones.

Direct LinQ plans to serve the local area to the best of their ability. They do not plan on just being a sale representative for a product you’re buying.

“The main thing we try to push is the fact that we service everything we sell. We are with you from start to finish when it comes to the appliance’s life,” said Jake Jones.

With a whole range of options available, stop on out to Direct LinQ in Wauseon to see for yourself what they have to offer.