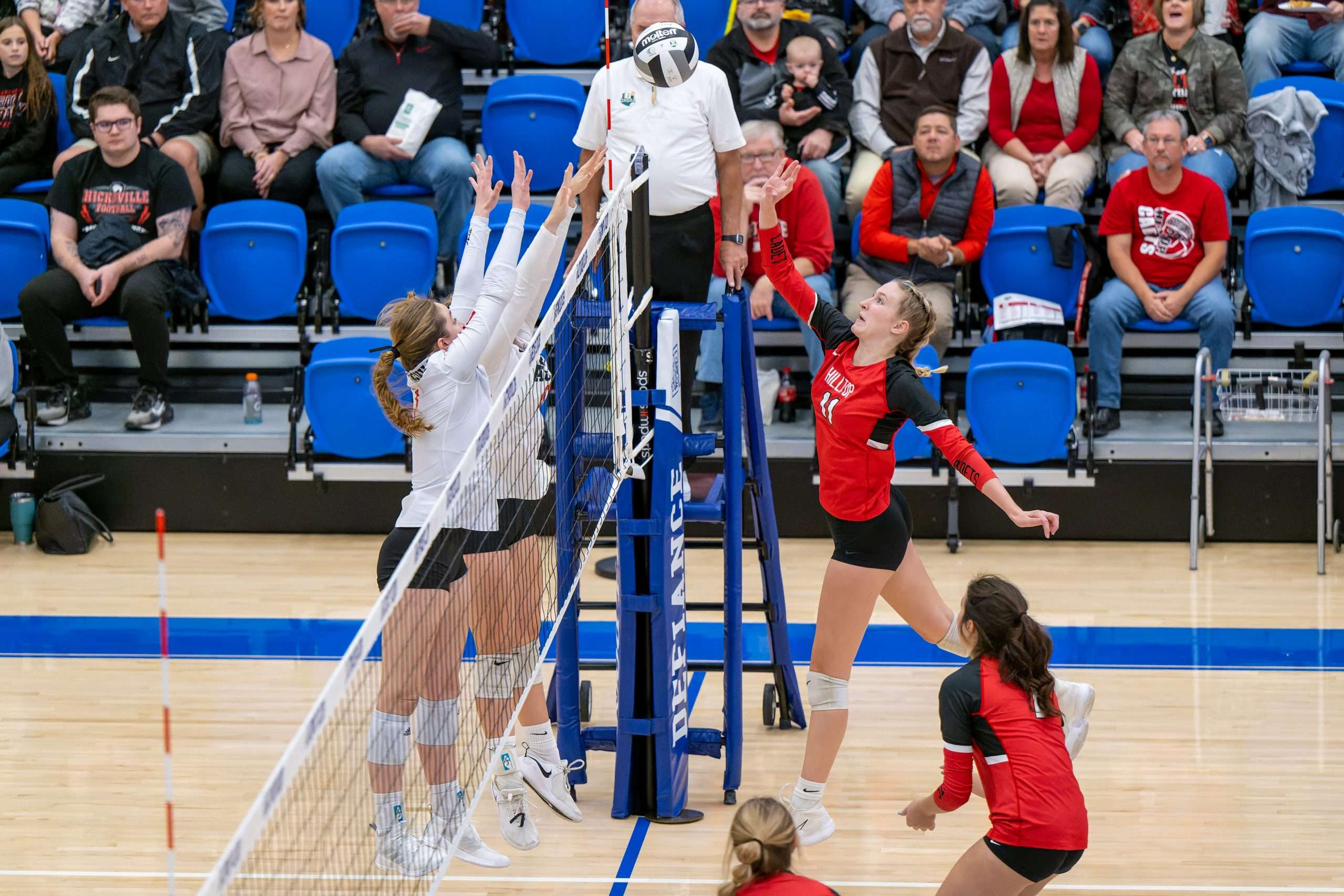 DEFIANCE – In the district semifinal on Tuesday, Hilltop was able to avenge one of their two losses during the regular season by beating Edgerton.

The Cadets had a chance to do the same thing in the district final against Hicksville, but the Aces front line was too much to handle as they beat Hilltop in straight sets for their first district title on Thursday night.