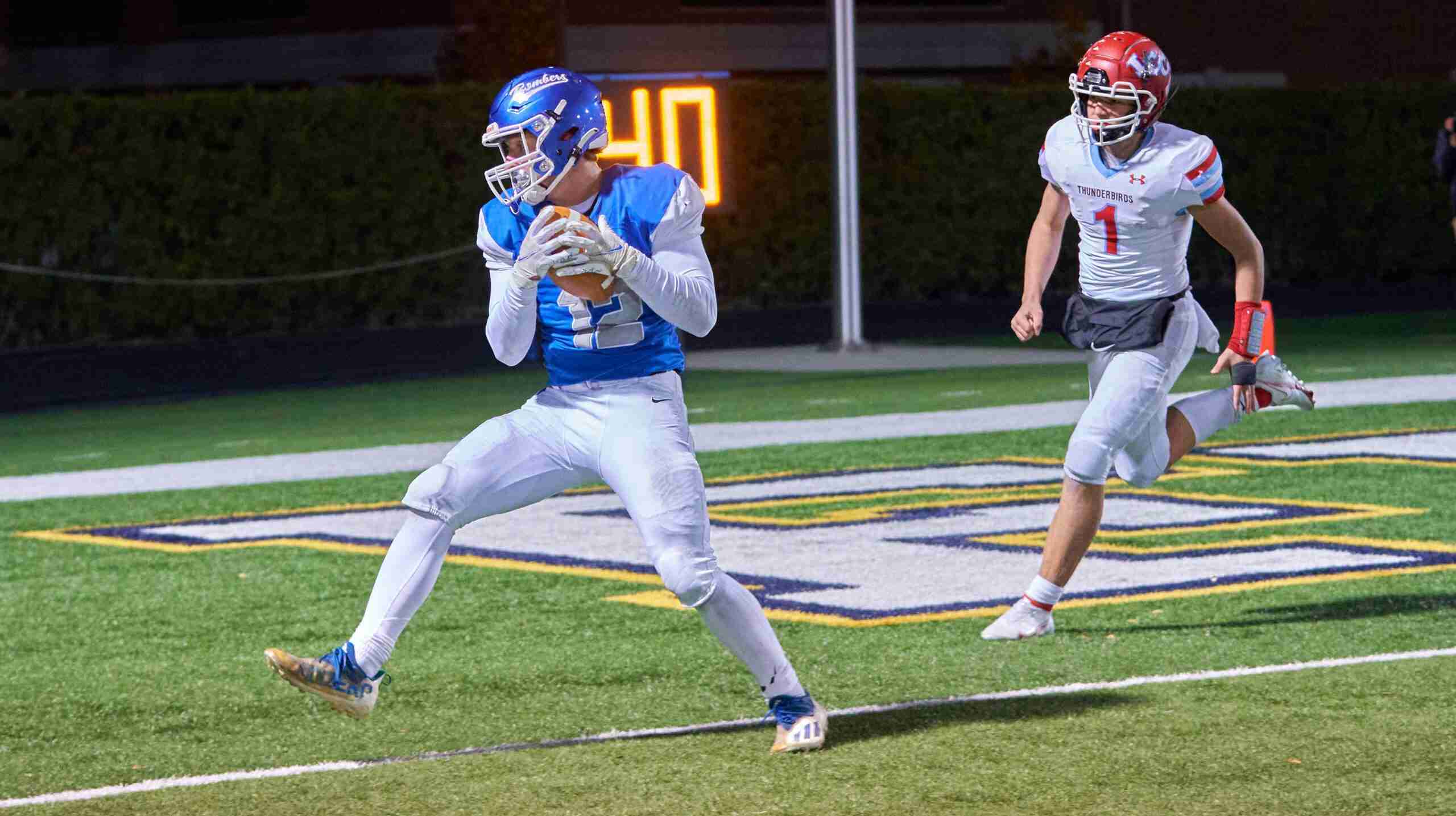 The Thunderbirds (11-2), along with scoring seven offensive touchdowns, also scored TDs on a kickoff return and an interception return.

Lima CC also had a 49-yard kickoff return that set up another score and defensively, intercepted three of Drew Gallehue’s passes.

The Thunderbirds advance to the regional finals against Hopewell-Louden on Saturday, November 20th, at a site yet to be determined. Edon, with its most successful playoff season ever, bows out at 11-2.

Lima CC jumped out to a 7-0 lead on a 10-yard run by quarterback Carson Parker. Edon answered that early touchdown with one of their own, on Gallehue’s four-yard TD pass to Hayden Dye, to cut the Lima CC lead to 7-6. However, two plays turned the tide into Lima CC’s favor, for the remainder of the game.

First, Traves Hoyle returned the ensuing Edon kickoff 84 yards for a touchdown, to put the Thunderbirds up, 13-6. But then came the backbreaker.

Edon looked like it was either going to cut the Lima CC lead to one point or take the lead with a two point conversion, moving to a first and goal at the Lima CC six-yard line.

But Lima CC’s Jamarion Robinson took the ball away from an Edon receiver and returned his interception 95 yards for a touchdown to put Lima CC up, 20-6.

The Lima CC defense then stopped Edon two consecutive times on a punt and an interception. The Thunderbird offense then scored both times, on a 30-yard TD run by Keiron Bailey and a 19-yard TD run by Parker. Those two scores put Lima CC up, 34-6.

Gannon Ripke gave Edon hope with a 77-yard kickoff return, to cut the Thunderbirds lead to 34-12.

Next, after intercepting another Gallehue pass, Parker found Hoyle with a 28-yard TD pass. to give Lima CC a 47-12 lead at halftime.

Edon scored twice in the second half, on Gallehue’s 15-yard TD pass to Ripke and an eight-yard pass from Gallehue to Hayden Dye.

Offensively, Gallehue finished with 330 yards passing, but was victimized by the three interceptions. Ripke led Edon with eight receptions for 109 yards.