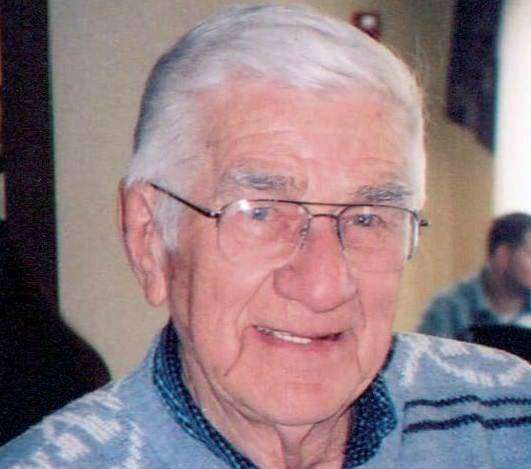 Mr. Wade attended Hicksville High School before entering the United States Navy in 1944, serving in World War II. He trained at Great Lakes, Illinois, and Gulfport, Mississippi, then served on the USS William G. Lee and USS Nields as a Gunner’s Mate 3rd Class. He was awarded the Victory Medal, EAME Ribbon and Asia Pacific Medal and discharged in 1946. He enjoyed working his farm and was employed at Dana Corporation in Auburn, Indiana, for more than twenty years until his retirement. He was a Life member of Farmer American Legion Post #137, attended the Edgerton Church of Christ and was known as a man who could fix almost anything.

Memorials are requested to Williams County Humane Society, Edgerton Church of Christ or to a charity of the donor’s choice.
Condolences may be sent to and the online register signed at www.krillfuneralservice.com.