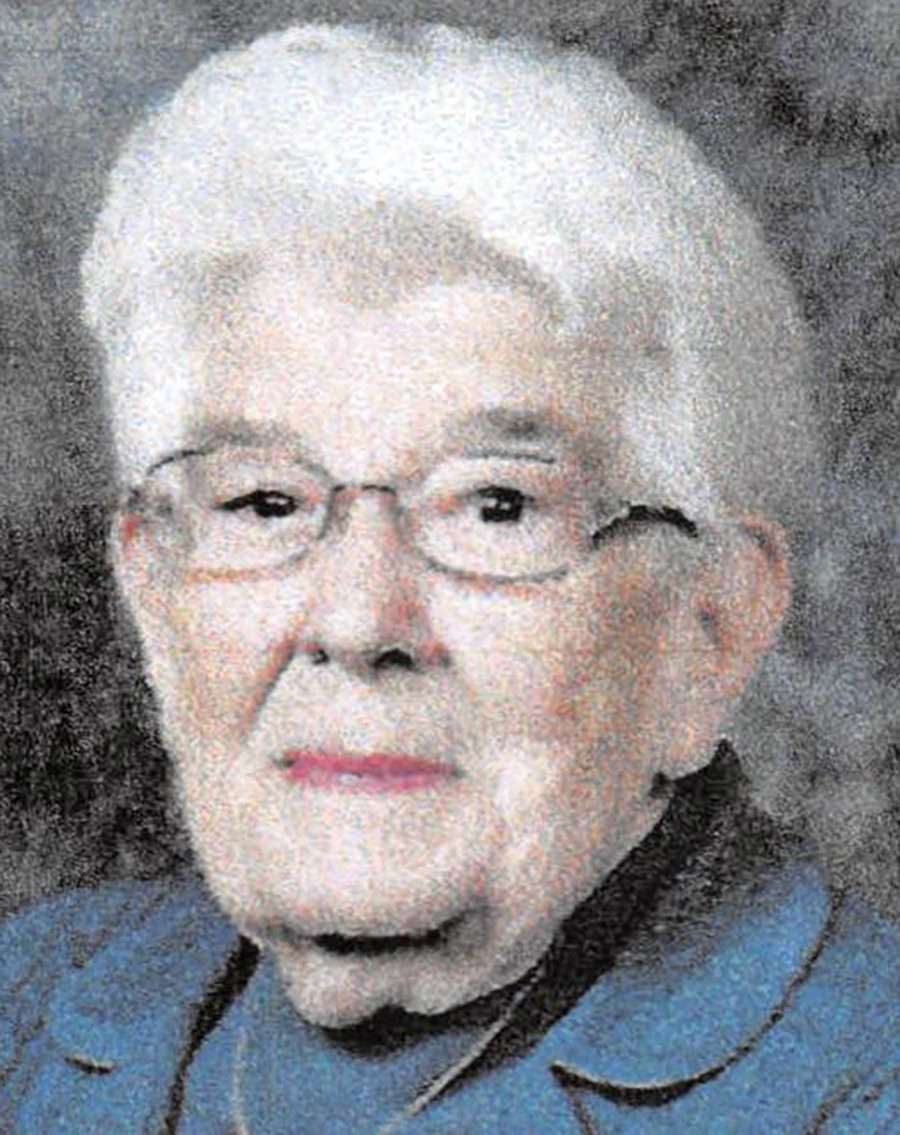 Donna J. King, 91, of Montpelier passed away Friday morning at Evergreen Manor in Montpelier. She was born on August 17, 1930 in West Unity to Charley and Carrie (Wirick) Traxler.

Donna graduated from West Unity High School in 1948.  On June 29, 1951 she married Theodore “Ted” King and he preceded her in death in 1995. She earned her Bachelor’s Degree in Teaching from Defiance College in 1967.

Donna was a member of St. Paul’s United Methodist Church in Montpelier, where she taught Sunday School and was a Bible School Director for many years.

She was also a member of the UMC Women Officers for many years, serving as Treasurer. Donna was also a chairman of the Keenagers Senior program, planning many of their programs, speakers, dinners and trips.

She was known as Mom to many of the King Kids Sunday School Class, who met in her home while they were putting an addition onto the church.

She began her teaching career at Bryan City Schools as a first-grade teacher and later became a 2nd grade teacher at Montpelier Schools until her retirement.

Donna was a Martha Holden Jennings Lecture Series Graduate. She served as a grand deputy in Ohio for Order of Eastern Star, and was a charter member of the Delta Zeta Chapter of Delta Kappa Gamma International for Key Women Educators, serving twice as President. Donna was a charter member of the Psi Iota Xi Sorority and the Three Arts Club, serving as the first President.

She received Grand Cross of Color in the International Order of Rainbow for Girls Mother Advisor, and also served on the Advisory Board.

Donna was a 65-year member of the Lillian Chapter #41 Order of the Eastern Star, Worthy Matron in 1957 and Deputy Grand Matron of District 7 – Grand Chapter of Ohio in 1963.

Donna was a former member of the Friends of the Montpelier Library, where she served as president; AAUW, American Legion Auxiliary and the See and Do Club.

Ted and Donna enjoyed spending time at the cabin in Northern Michigan. After retirement she would spend several weeks each winter in Florida, where she was known as the Cookie Lady.

She had many friends and enjoyed walking the beach. She liked to cook and bake and entertain in her home. Donna also enjoyed caring for others, reading, playing cards, and doing puzzles and sudoku.

She is survived by her daughter Cindy King of Montpelier and her sister Janet Lee of Montpelier.  Donna was preceded in death by her parents, husband Ted, son Charles Allen King and siblings Florence Keiser, Irene Fauver, Peter Traxler, Alice Tressler and Richard Traxler.

Visitation for Donna will be on Tuesday, January 11th from 11am-1pm, with a 1pm service to be officiated by Pastor Kevin Doseck. Interment will follow at Riverside Cemetery in Montpelier.

Memorial contributions may be given to St. Paul’s UM Women’s organization or St. Jude’s. Condolences can be left for the family at www.thethompsonfuneralhome.com.