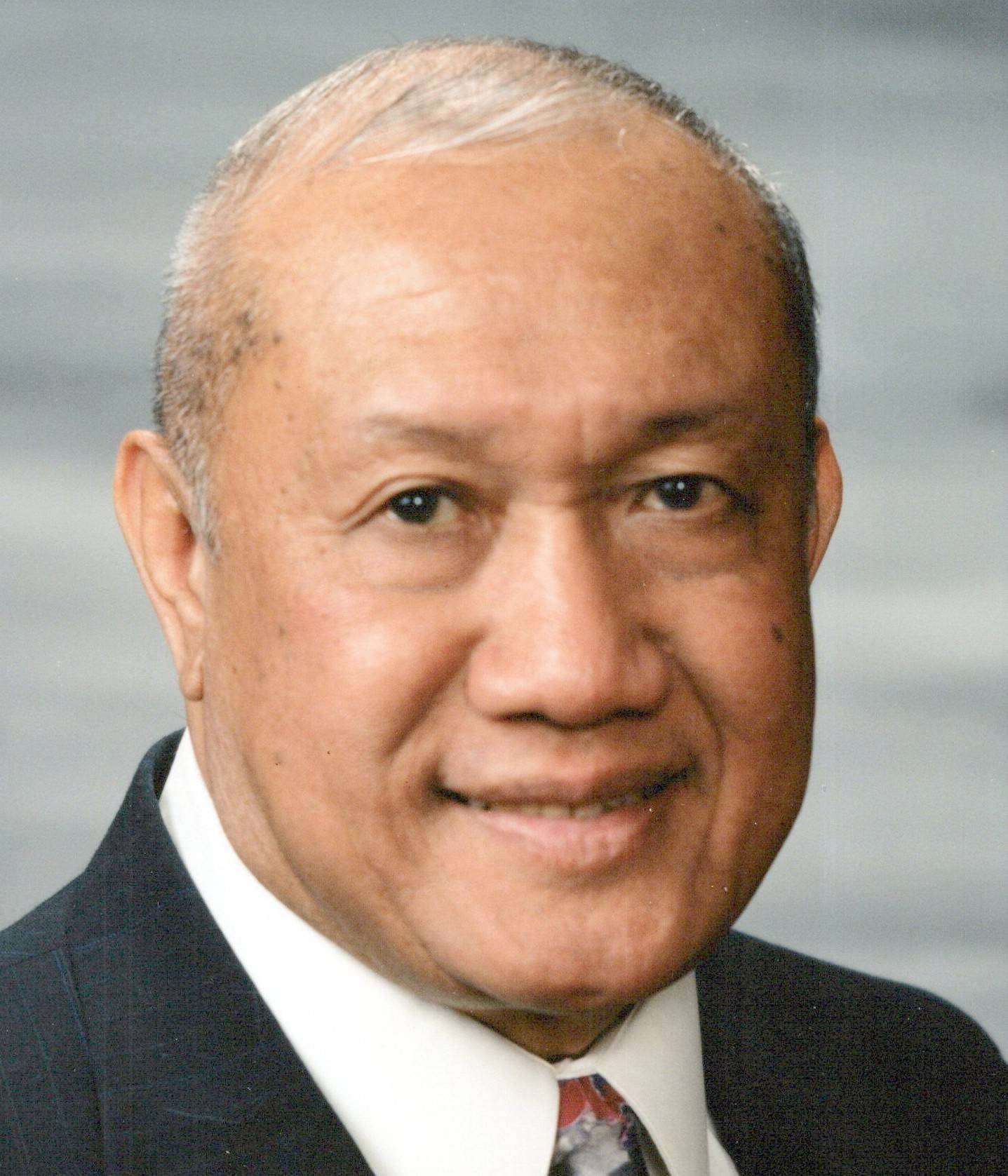 On the morning of February 17th, Dr. Rebilo Apilado Diccion transitioned from this life to the next with his wife by his side. He was born on November 18, 1929 in San Manuel, Pangasinan, Philippines to Cornelio M. and Catalina Garcia (Apilado) Diccion. On November 18, 2019, he celebrated his 90th birthday.

Dr. Diccion graduated from the University of Santo Tomas Medical School, Manila, Philippines in 1954. While serving a year’s internship at St. Louis City Hospital and Evangelical Deaconess Hospital, he developed a reputation as a serious student and practitioner.

It was also here where his future wife, Sybil Lee Andres, saw the kindness with which he interacted with patients and families and became smitten with him. A clever elevator operator in the hospital kept track of Dr. Diccion’s location while he worked, providing intel to Sybil so she could “show up” near him.

The doctor, too, began to notice this lovely young nursing student. They joined in a marriage that lasted 64 years with a commitment to one another that would have easily lasted many times over.

Dr. Diccion’s next assignment was a rotating residency at Dade County Hospital in Miami, Florida, where his skills as a surgeon were honed while operating on a seemingly unending flow of patients with traumatic wounds.

He always knew he wanted to become a general practitioner in a small community, following the footsteps of his physician-uncle whom, as a young boy, he would accompany on house calls. To that end, Dr. Diccion accepted an obstetrics-gynecology residency from 1957-1960 at Tennessee’s Mid-State Baptist Hospital in Nashville, Tennessee.

The department faculty made him Chief Resident early in his program in recognition of his consistent achievements, particularly when caring for mothers and babies during childbirth.

Dr. Diccion started private practice in Addison, Michigan in January of  ’63. He and Sybil bought a home on Round Lake in Manitou Beach, a place he enjoyed thoroughly for the rest of his life.

He was part of the Palm Sunday tornado response in 1965.  By the summer of  ’66,  Dr. Keith Whitehouse had heard of “that doctor in Addison” with some mighty fine surgical skills and convinced him to join his practice in Morenci.

It was here where Dr. Diccion would spend the remainder of his practice, retiring in December of 1998.

Dr. Diccion was a member of the Morenci Board of Education for eight years and served as the group’s president. During that time, he became a charter founder of the Michigan Association of School Boards’ Legal Trust Fund.

He served as president of the Lenawee County Medical Society and was also a member of the Michigan Medical Society and the AMA. He cared very much about the teachers and staff in the school system, knowing they were key to providing a rich education to the children.

Although medicine took precedence in his life, a strong family relationship was a close second. He took great pride in his role as husband, dad and grandfather and was never happier than to be in the midst of chaotic activities.

Even if he were sleeping after being up all night, the children never had to be quiet because he said he loved hearing their voices and laughter.

“Dick” also loved lake living.  Just sitting for hours, watching, meditating and listening to the waves lapping against the shore was heaven to him. He was a spiritual man of deep Christian faith.

His Bible, studied and worn, silently communicates Dad’s commitment to Christ. He wasn’t afraid of death and taught us how to rejoice, even in this most heartbreaking time.

As a member of the First Congregational Church of Morenci, he served as deacon and moderator.He also led adult Sunday School for a number of years and was known to preach a heavy dose of the Gospels from pulpits in the area when he was called upon to serve as lay minister. His library of commentaries and other religious books are voluminous.

He loved to take his wife dancing, and oh how they could dance. Much like their personalities, he had smooth “Rico Suave” moves (as his children would call them) that complemented Sybil’s energetic rhythms that burst open as he gracefully spun her around him. It seemed he covered a tenth of the floor she did, yet their dancing was magical.

Fluent in many languages and dialects, Diccion retained the accent borne from his native tongue, which some found difficult to understand. To his family and friends, his pronunciation of certain words was a source of sheer delight and shared laughter.

While complimenting Sybil’s cooking, he was often misheard to say she was a good “kook.” His funny accent belied his command of formal English. Who knew a “philatelist” is a stamp collector?

His passing will be missed by many but none more so than by his adoring family. He is survived by his wife, Sybil; his three children: Armando “Butch” Diccion (Sherry) of Lake Fenton, Stephanie Diccion-MacDonald (Roderick) of Ann Arbor and and Christopher Joel Diccion, also of Ann Arbor. He also leaves behind two grandsons, Joel Diccion and Ian MacDonald; two brothers, Romeo II and Jose, both of Saline, MI  and two sisters in the Philippines, Lorna Diccion and Zaida Porvosolas.

Preceding him in death were his parents and seven brothers: Elisio, Cornelio Jr., Romeo, Gil, Arthur, Roquito and Isidro.

In lieu of flowers, it is suggested that donations be given to the Lenawee Humane Society, Stair District Library or the First Congregational Church of Morenci.