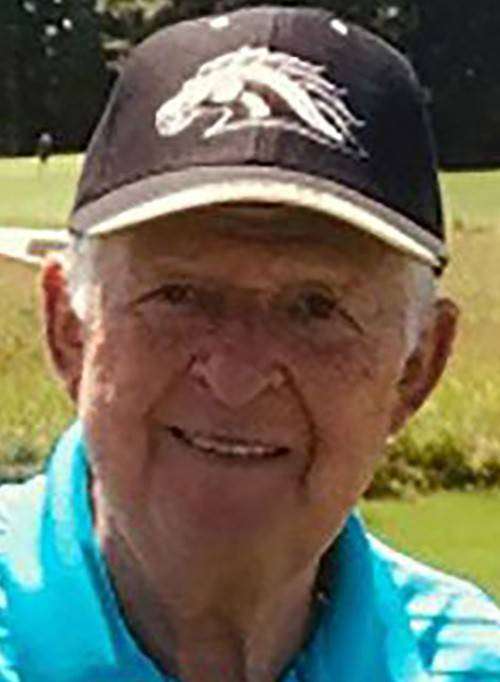 Dr. Robert Philip Hamet passed away peacefully on Wednesday, March 11, surrounded by his loving family. Bob was born on June 28, 1939, in Wauseon, Ohio, the son of the late Robert and Erna (Buehrer) Hamet. He grew up in Bryan, Ohio, where he graduated from Bryan High School in 1957.

After graduating college in 1961, he signed with the Chicago White Sox organization and began his professional baseball career in Lincoln, Nebraska. As a minor league pitcher, he had the opportunity to pitch against, and strike out, MLB great Pete Rose!

After his baseball career, Bob returned to WMU, earning a master’s and doctoral degree in educational leadership. His educational career began with the KVISD at Youth Opportunities Unlimited.

He was a lifelong advocate for education and a treasured superintendent for Comstock Public Schools for 25 years, before retiring in 2001. He was essential to the success of the district, serving as a humble leader who gained the love and respect of the Comstock community.

Bob devoted his life to public service. He was a mentor and board member for the Kalamazoo Area Academic Achievement Program (KAAAP), a founding member of the Excellence in Education program, helped to establish the Comstock Public Schools Foundation, was an active member of the Michigan School Board Association, a Bronson Hospital trustee and a dedicated member of First United Methodist Church, serving in many capacities.

Bob coached all four of his children in little league, touching countless young lives through his powerful leadership. In addition to various public service awards, he received the Golden Apple Award in 2001 from WMU’s College of Education.

He was a collector of sports memorabilia and baseball cards, an avid lifetime fan of the Ohio State Buckeyes and loved being out on the golf course. Bob had time for everyone he met and built his life around the importance of building relationships. Above all, he cherished his family and leaves behind a legacy of love.

Cremation will take place and a celebration of life will be held at a later date. Memorial contributions can be made in Bob Hamet’s name to the Comstock Public Schools Foundation or First United Methodist Church. Family and friends may share a condolence message online at www.joldersma-klein.com.