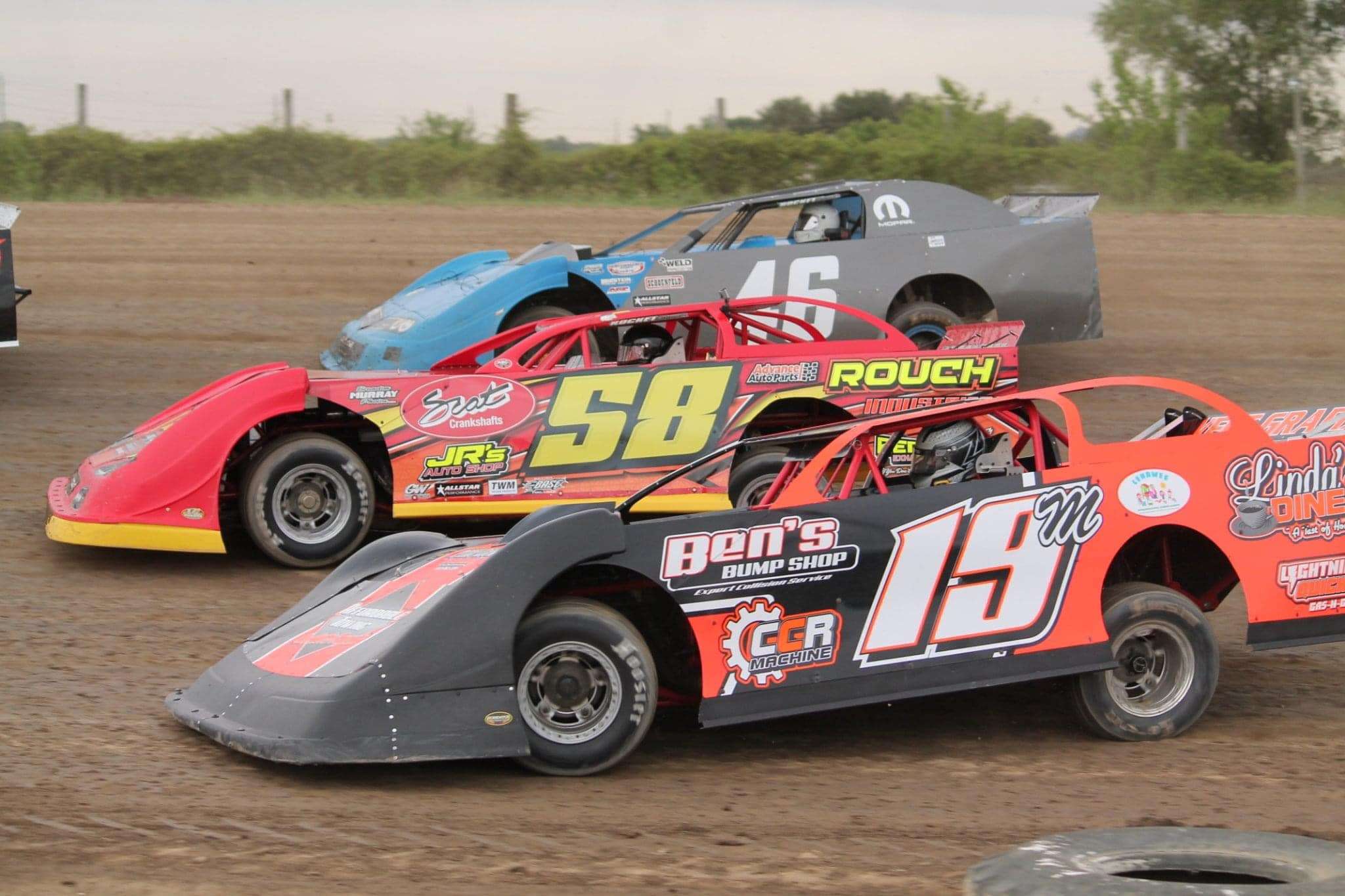 Moore started on the pole and darted out to a sizeable lead early in the 25-lap DIRTcar UMP Late Model main event, but the yellow flag would fly after a Steve Miller spin with one lap complete.

Moore was able to repeat his initial start and pull away once again on the restart. With no more caution periods the remainder of the race, Moore eventually caught the tail end of the field and began to meticulously work through lapped traffic.

That allowed the battle for second to close the gap behind the race leader ever so slightly. Moore would maintain a decent advantage and made it look easy picking up the win.

Colin Shipley got by Drew Smith late in the race to finish in the second position. Rusty Smith finished fourth behind Drew and Terry Rushlow came home fifth.

Carter Murday became the first repeat feature winner this season in the Sportsman class at Oakshade Raceway. It was Jake Gamber gaining the lead at the start after starting on the pole.

Murday tracked him down from this third starting position about halfway through the feature event. The Adrian, Michigan, driver then opened up a big lead until an incident involving Josh Corkwell, Karl Spoores, Abby Rendel and Matt Ringger brought out the yellow flag with three laps remaining.

Murday pulled away again on the restart on the way to picking up the checkered flag. His second win of the season moves him to within 6 points behind track point leader Jesse Jones.

Gamber held off Josh Robertson to finish second with Carter Schlenk and Mike Jessen rounding out the rest of the top five finishers.

Toledo, Ohio’s Dylan Burt led a caution-filled Dominator Super Stock A Main from flag to flag to earn his very first A Main feature victory. Burt started on the pole and began to open up some breathing room ahead of the battle for second.

Numerous caution periods kept the field tight. The last of which came out after Kolin Schilt spun in turn two while battling for second with just four laps to go.

Adam Noonan mounted a challenge on the restart, but Burt went on to pick up the checkered flag. Noonan held off Scott Hammer for a second-place finish.

Aaron VanPelt led the first couple laps of the Compact A Main feature event after starting on the pole. Last week’s B Main winner, Eric Carr out of Wauseon, Ohio, took command of the race on lap three and drove away to his second A Main win of the season.

Dan Shaffer from Morenci, Michigan, survived a crash-filled Dominator Super Stock B Main to earn his first feature win of the season. Shaffer started on the outside of the front row and led the entire distance.

A huge pile-up in front of the flag stand at the white flag involving Garry Domoe, Kyle Hickman, Haley Dippman and Harriet Callahan would bring out the red flag and set up a one-lap shootout to the finish.

Shaffer would hang on to pick up the victory. Chris Bleikamp started deep in the field and got by Josh Overmyer on that final lap to finish second. Josh McNicol and Sam Estes were the rest of the top five finishers.

The evening’s racing would conclude with the Compact B Main. Drivers raced four-wide down the backstretch on the first lap for the lead and Christian Hulbert ended up getting turned around to bring out the caution.

Brian Stutzman would lose a wheel while battling in the top five to bring out another caution flag a couple laps later. Dalton Mcvey led the entire event until slowing up a bit in turn two on the final lap.

That allowed Chris Yockum from Ft. Wayne, Indiana, to duck to the inside and take the lead coming off turn two. Mcvey would recover and drove back to the outside of Yockum in the final set of corners with Yockum just edging out the win in an exciting side by side finish.

In addition, there will be a special “Hot Dog Race” at intermission sponsored by Nickloy’s Fix & Fab and the Hammer Down Racing Report.