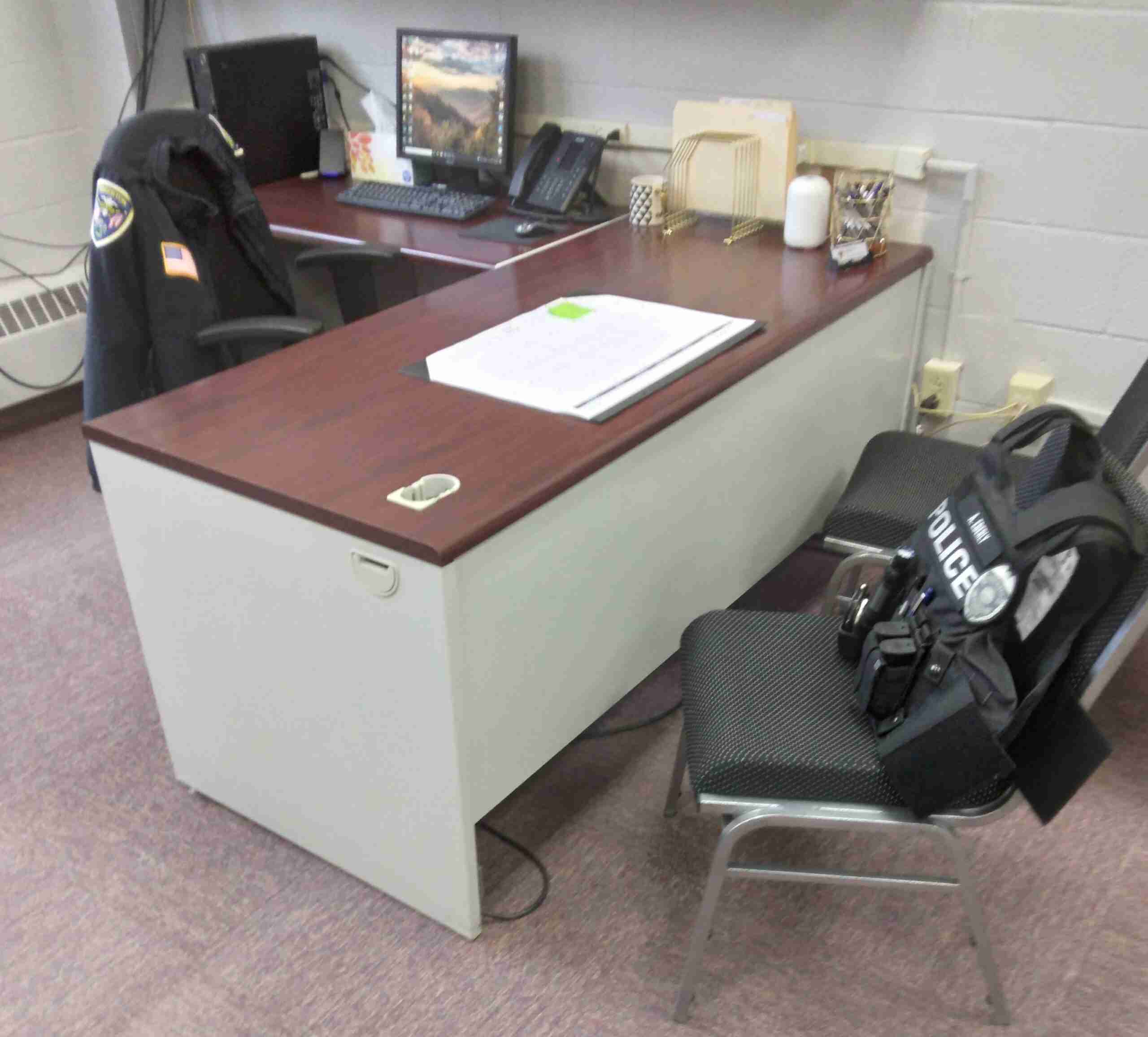 ON THE MOVE … While moving to the front of the building has made the Edgerton Police Department more visible, there is a lot more space. Some of the part timers now have their own desk, like Ashley Eberly’s desk, as shown here. (PHOTO BY DANIEL COOLEY, STAFF)

Trying to find the Edgerton Police Department could sometimes be confusing and maybe even frustrating.

“They had to be guided down the hallway to where we were,” said Edgerton police sergeant Justin Coffman.

“It’s better visibility and it’s much more conducive to doing our work,” Coffman said. “It’s still a work in progress, because new armory and evidence rooms are in the works.”

“But when they are done, there will be a lot more room. We have an evidence and armory room now, but they are both kind of cramped, right now.”

Patrolman Ashley Eberly likes the new digs a whole lot better. “There’s more room and I now have my own desk,” Eberly said. “Before, I had to share my desk with all of the part timers and there was a lot less room.”

The move to the back of the town hall building has worked out well, too, for the administration and the utilities.