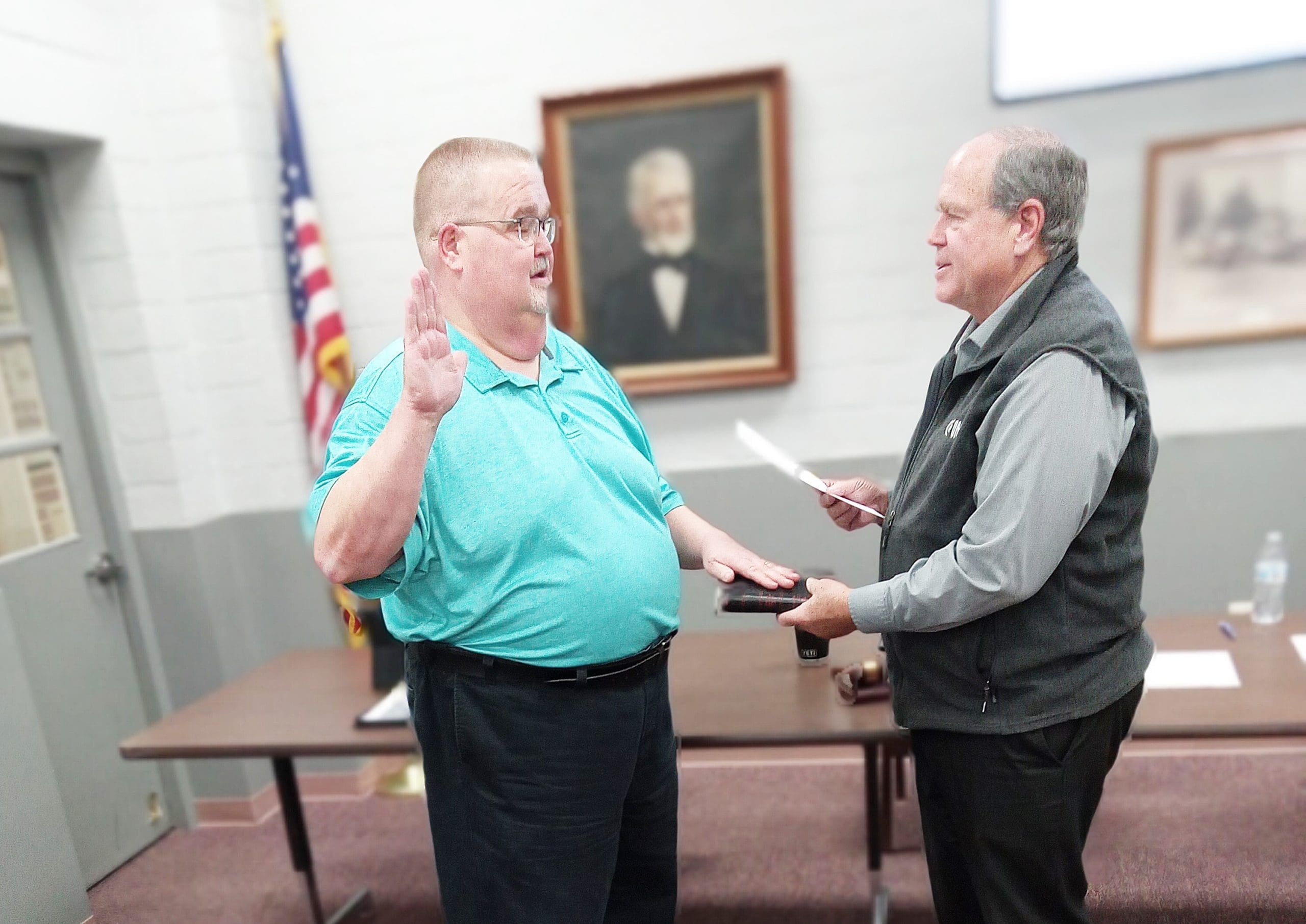 The Edgerton Village Council meeting of January 3 began with the Pledge of Allegiance, followed by a prayer from Mayor Robert Day.

Next, VanAusdale was elected as the council Pro Tempore.

In the mayor’s report, Day stated that the reading of names on New Year’s Eve is a solemn and reverent event.

Day said that the reading was well attended and that it’s nice to hear a loved one’s name.

In the administrator report, Dawn Fitzcharles welcomed new council member Bowsher and stated that the bad weather around Christmas was a challenge for the village.

Fitzcharles recommended that if a resident has a frozen pipe, call a professional before it thaws out.

Fitzcharles also stated that the village is working through grant provisions for Edgerton Metals and that the fire department recently received a grant.

In the fiscal officer report, Denise Knecht reported that the documents for the December financials are complete, and the results have been sent out to the auditor. The village is now working on financials for the new year.

Council then approved of the paying of the bills.

Next, council approved of the 2023 legal representation agreement with Richards and Walker, Ltd.

Day stated that it’s a breath of fresh air with Chris Walker and stated he’s easy to work with.

Fitzcharles stated that the cost of the sidewalk project is just shy of one million dollars. However, it looks very promising to get a grant from ODOT, as the village is eligible for up to 100 percent funding.

This is also a reimbursement program, where ODOT will refund the money when the project is completed.

Fitzcharles said that the safe route to school project will be finished first and that the earliest that construction on the sidewalk project could begin is July of 2025.

Next, council approved Resolution 2023-002. This provides for a new fund, ODD Brownfield Remediation. This project goes along with the requirements of ORC 5705.09.

Also, Fitzcharles stated that Ohio EPA has an H2O Ohio Fund that will reimburse up to $10,000. Fitzcharles said that the village wants to purchase amplified equipment that will track water leaks.

She said that the village is working on what the equipment will officially cost. Council approved the request.

In council comments, Bowsher said that he is looking forward to being involved. Wallace said that the urban tree tour was scheduled to take place on Wednesday, January 4, at 9 a.m.