EDON BOARD OF EDUCATION: Board Receives Update On Stadium Construction Project 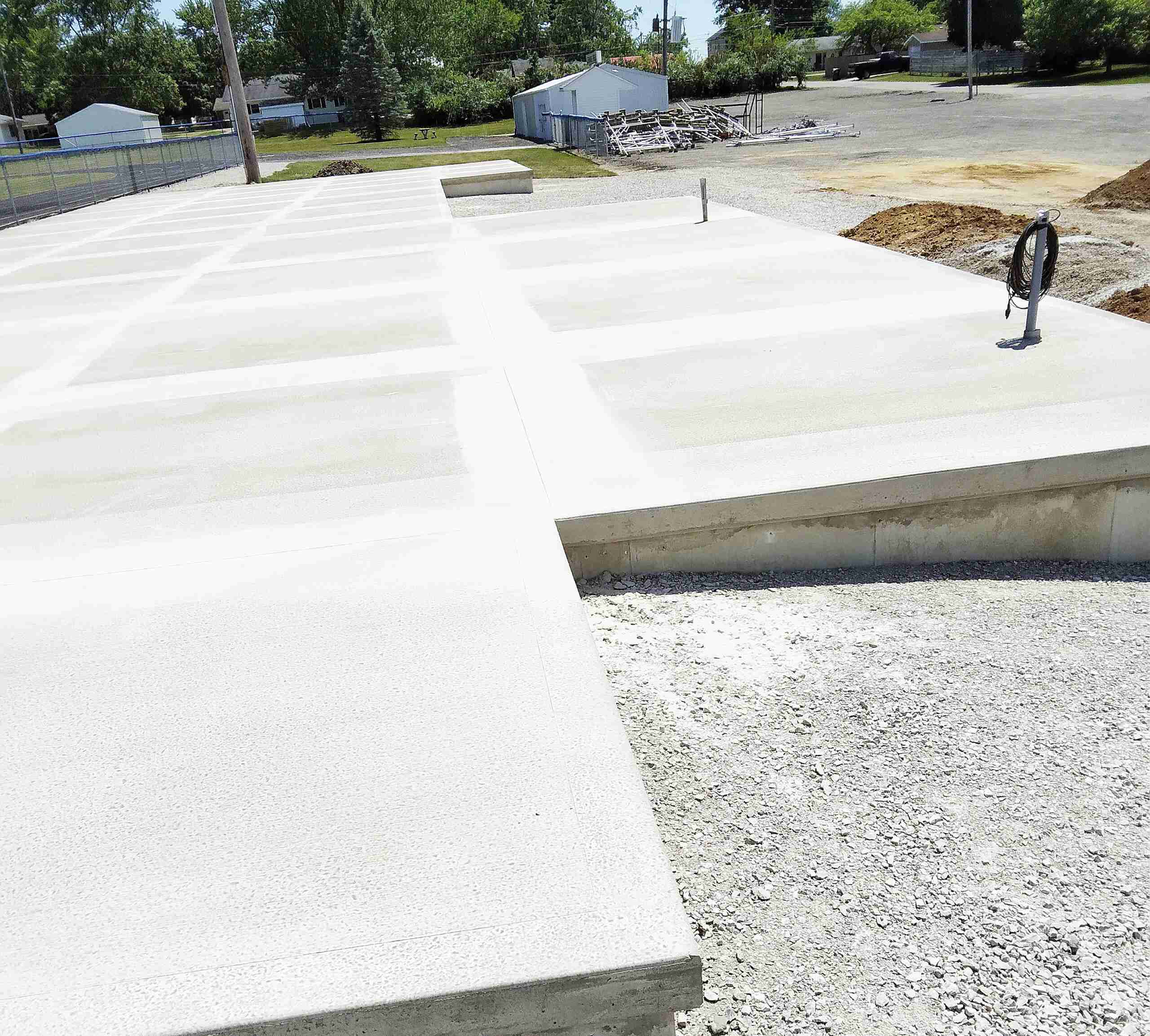 PROJECT PROGRESSING … At Edon, the concrete pad has been completed. The next step is to put in new bleachers and a new press box. The project is expected to be completed by the end of July. (PHOTO BY DANIEL COOLEY, STAFF)

The Edon School Board meeting of June 27th began with the Pledge of Allegiance, followed by roll call. Board members Cody Best, Jamie Schaffter, David Wehrle and Patty Eicher, were in attendance.

The board then approved the NWOCA membership fees and the fiscal agent or Early Childhood Special Education-Idea Grant Consortium.

Next, the board granted permission to participate in all federal programs for the fiscal year.

That was followed by the board approving of the following items: permission to participate in federal lunch and breakfast programs; an agreement with the Northwest Ohio Juvenile Detention Training and Rehabilitation Center for 2022-23; a property and liability insurance policy through June 30, 2023; an FFA trip to the FFA camp for July 11-15 and consent agenda items.

Superintendent Anthony Stevens then gave a report. He stated that the electrical work and groundwork for the stadium is done and hopefully, the concrete pad would be completed by the end of the week.

Stevens said that the asphalt sealing began on Monday, June 27. The plan is to begin with the front of the building and then work around. That would allow people to still enter the building. He expected the project to be completed by the end of the week.

Stevens also stated that all the school buses passed inspection. For the next project, Stevens said that he has been talking to Habitec and Beilharz Architects about having visitors enter directly into the front office space, instead of being buzzed in. He is working on ideas to see what can be done.

Next, the board approved classified employees, the athletic handbook and coach’s handbook.

The board then accepted the resignation of teacher Hilary Staten; the contract for Allison Bloir, a long substitute school counselor, the one-year contract for teacher Angela Coles, the shared service agreement with Archbold Schools for Spanish instructor services and an increase of $100 per day for daily substitutes.