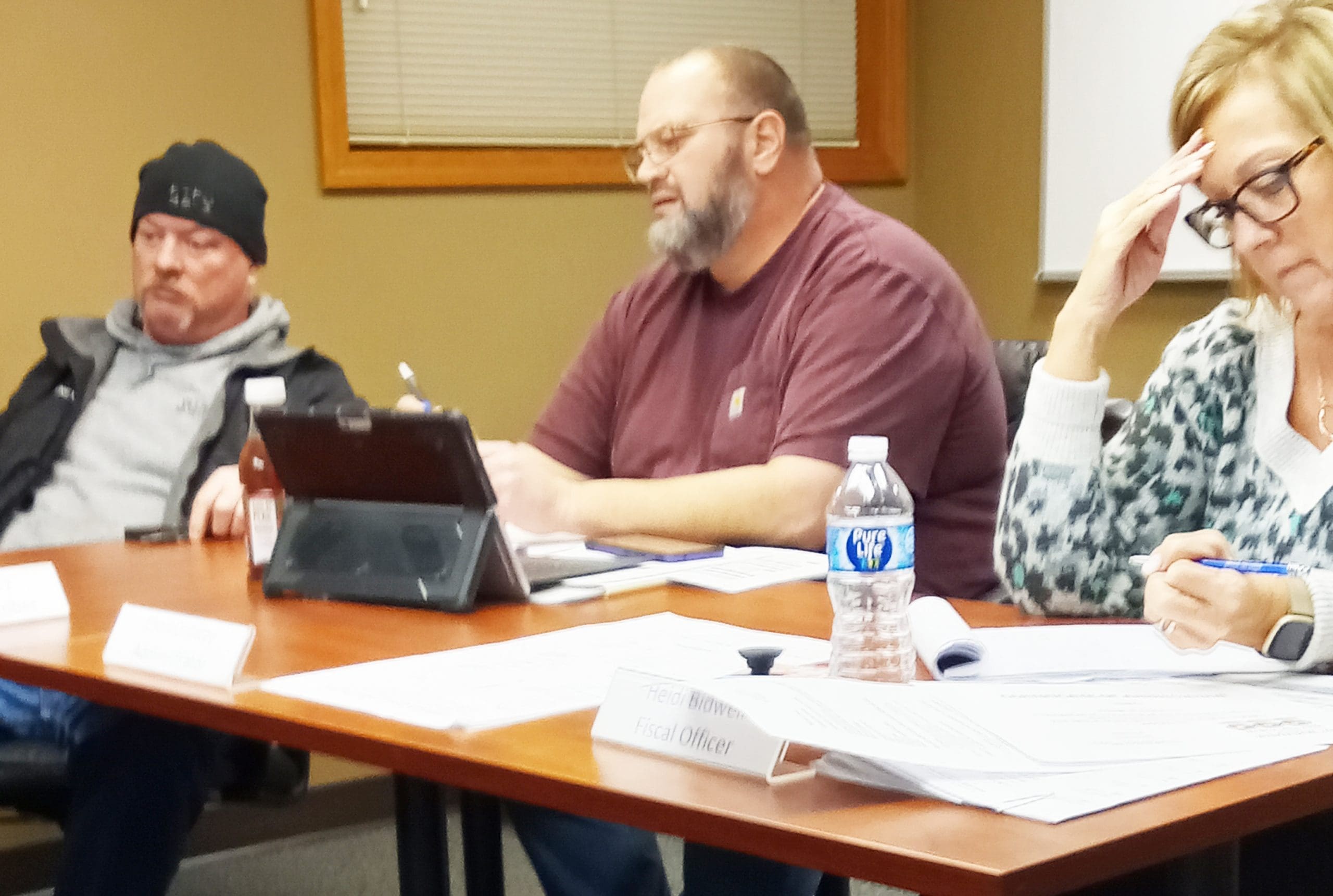 The Edon Village Council meeting of December 19 began with the Pledge of Allegiance, followed by roll call.

First, council approved the minutes from the previous November 21 meeting.

Council then approved the financial report and the bills.

Next Mayor Duane Thiel reported that the offices will be closed December 23 and December 26, along with January 2.

Tom Szymczak then gave the police report. First, he stated that the police department has covered all of Edon’s home games for the high school girls and boys basketball.

He also said that the officers have completed their CPT Training and a pizza and movie night was held for special needs kids.

Szymczak also asked for a final week of payout for vacation. Council approved the payout.

Next Village Administrator Chad Ordway said that there will be a wage and compensation meeting on December 28 at 7 p.m., to discuss the budget for next year.

Also, Ordway stated that the salt barn framing is complete. He also said that 3.400 pounds of tires were collected, and it cost $820 to dispose of them. Ordway also said that they are ready for snow removal.

Next, in old business, council approved Ordinance 12-22, the wage ordinance for employees.

Council then passed the second reading of Ordinance 13-22. This is a repealing of section 925.02, for sanitary sewer charges.

That was followed by council approving the second reading of Ordinance 14-22. This repeals section 921.05, dealing with water installation of the village water system.

Next, in looking at reviewing 2023 appropriations, this will need to be passed at the December 28 special meeting.

In new business, council approved Resolution 03-22. This allows Ordway to apply for ODOT funding, for the downtown project.

Council then approved Ordinance 15-22, the vacating of Franklin Drive. While the village already passed the three-lot sale on Franklin Drive, this first step, vacating, had to be done before the county auditor would accept the three lots.

Following the approval of bonuses, council moved into executive session before adjourning.