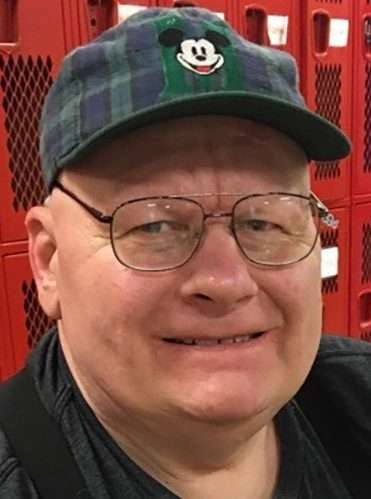 Edward Loch, age 66, of Wauseon, Ohio, passed away July 28, 2020 at the Fulton County Health Center. At age 65, Ed retired from Triangular Processing, where he had worked since it opened. He was a member of the Catholic community and attended St. Caspar’s Catholic Church.

Ed was born July 1, 1954 to the late Joseph and Betty (Beckett) Loch. He grew up in Swanton, Ohio, and lived several years in Point Place, Ohio before moving back to Fulton County. His interests included current events and American history.

He had an impressive ability to remember dates of importance. Ed was an avid fan and collector of classic American movies and TV shows. Lost in Space and Gilligan’s Island inspired his well-known hobbies of building robot models and collecting Captain hats.

Ed also enjoyed routinely visiting his local library and favorite community businesses. His presence and good nature will be missed.

Surviving Edward is his brother, Don (Janet) Loch of Swanton, Ohio, and his many nephews and nieces. He is preceded in death by his parents and brother Joseph Loch.

All services will be private at a later date. Online condolences may be offered to the family and friends of Ed at www.grisierfh.com. Edgar-Grisier Funeral Home in Wauseon has been entrusted with the arrangements.