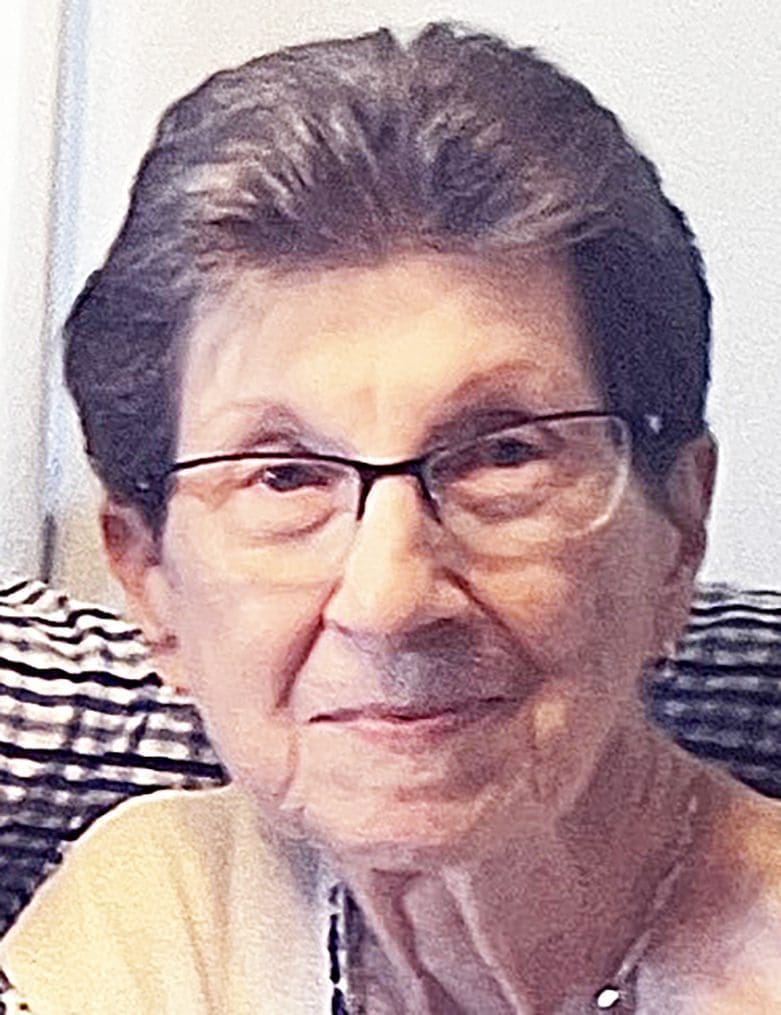 Born on September 4, 1934, in Jackson, Michigan, she was the eldest of three daughters of the late Melvin and Ruth (Rowe) Heselschwerdt.

After graduating from Manchester High School, she attended Cleary Business College in Michigan.

Ellen was introduced by friends to her true love, Rollo Frazier, at a Wamplers Lake summer gathering.

The couple quickly fell in love but were separated during his two-year Army tour of duty overseas.

They were married on January 2, 1954, and later moved to Wauseon where they lived for 66 years in the home they built together.

An impeccable homemaker, Ellen’s yellow rubber gloves were never far away. She enjoyed baking and was known for her cheesecake, pecan pie, and milk chocolate cake—family favorites expected at every holiday meal.

She was a talented seamstress, making clothing, curtains and home furnishings. She also crocheted and made blankets for family, friends, and donations.

A constant reader, she enjoyed trading books with her friends. Ellen was a member of the Children’s Childhood League, the Republican Women’s Club, and the First Christian Church.

In addition to raising a family and homemaking, Ellen was also employed most of her adult life.

More than anything, Ellen loved her family. She is survived by her dear husband Rollo and their two children Doug (Julie) Frazier and Laurie (David) Barnes. She will be missed by her grandchildren Sydney Frazier, Derek Sommers, Briton Beerbower, Deiter (Sarah) Beerbower, Hannah Harp, Holden Frazier, and nine great-grandchildren. She is also survived by sisters Marie (Tom) Snyder and Carol (Jerry) Langowski, many nieces and nephews, and was preceded in death by her parents.

Visitation for Ellen will take place on Tuesday, December 20, 2022, at Edgar-Grisier Funeral Home in Wauseon, Ohio, from 5 p.m. to 8 p.m. A funeral service for Ellen will be held on Wednesday, December 21, 2022, at the Edgar-Grisier Funeral Home at 11 a.m. with Pastor Michael Doerr officiating. The service will be followed by burial at the Wauseon Union Cemetery.

In lieu of flowers, the family asks that memorial contributions be made to the Alzheimer’s Association or the First ChristianChurch of Wauseon.

Online condolences may be offered to the family at www.grisierfh.com. The Edgar-Grisier Funeral Home is honored to serve the Frazier family.