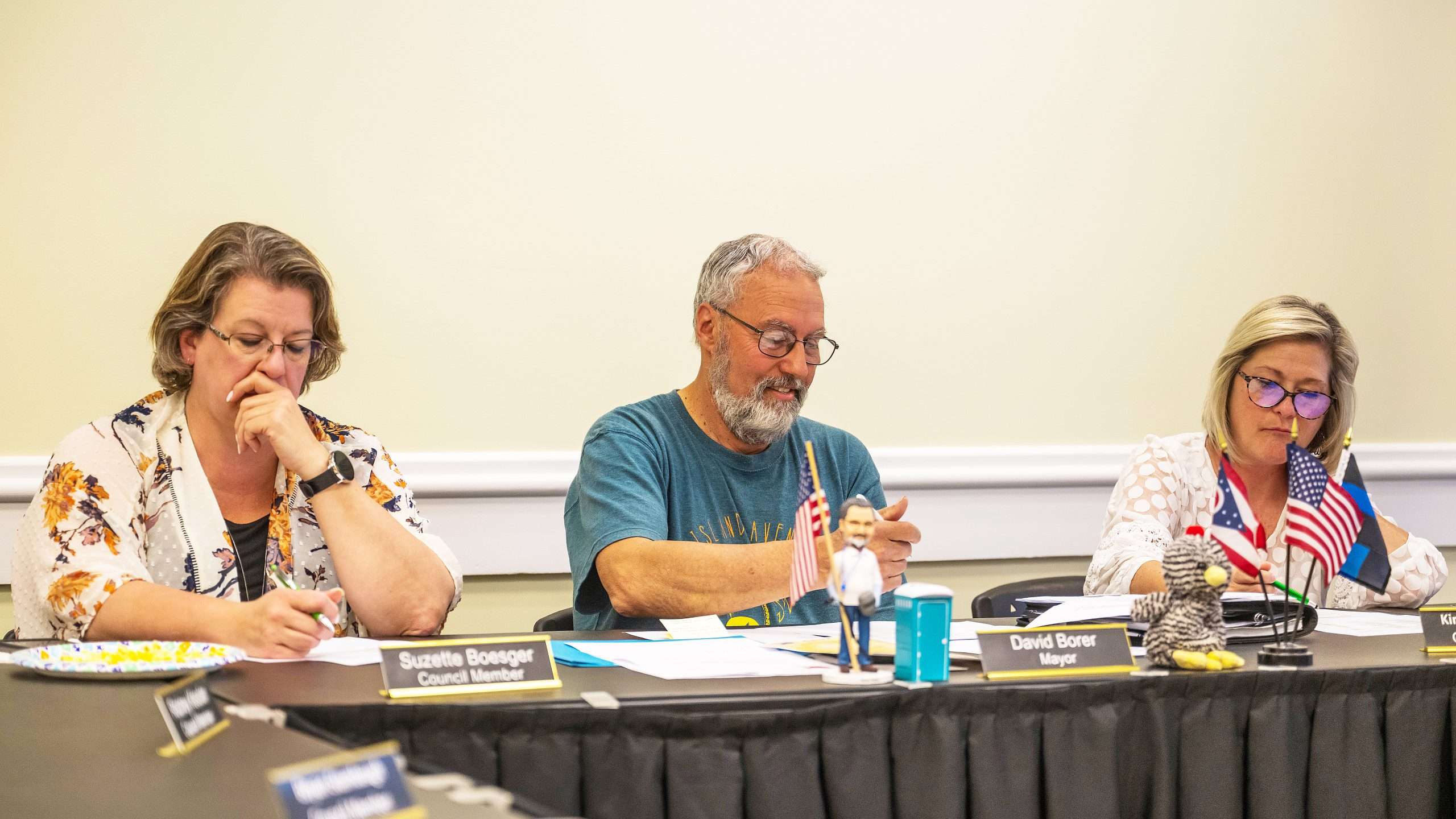 FAYETTE COUNCIL … Members of the Fayette Village Council, and the mayor, discuss agenda items before them during the meeting held on Wednesday, May 25th. (PHOTO BY JACOB KESSLER, STAFF)

The Fayette Village Council held their meeting on Wednesday, May 25th. The meeting was called to order at 6:00 p.m. followed by a prayer and the Pledge of Allegiance.

Council first moved to approve the agenda as amended while also approving the minutes from the May 11th council meeting and the May 18th Public Works and Finance Committee meeting minutes.

Introduction of visitors took place next with a group speaking first from the Community Development Corporation. President of the CDC, Karen King, spoke stating that they were attending because of their interest in Fayette Businesses.

King also invited members of council to the next CDC meeting. Brittany Theis then spoke to council regarding the Bull Thistle event. She informed council that they are looking into having a beer area at the event after the normal festivities have concluded.

This area would be open around 6:00 p.m. and would close down sometime around 10:00 p.m. A band is also being looked into in order to have music at the event.

If this continues to be explored, the original event application may need to be amended. Colleen Rufenacht then spoke to council regarding the Fayette Opera House and the Bean Creek Valley Historical Society who will be presenting a movie.

The movie is called the Sons and Daughters of Thunder. It explores the beginning of the end of slavery in America. Emmy-winning producers will be present to introduce the film as well.

The mayor’s report was then heard with it being stated first that the community garage sales will be starting on May 26th through the 28th. Fifteen have signed up so far.

The Fulton County Veterans Service Office will be holding a presentation with a guest speaker regarding unclaimed remains and burial on June 30th at 10:30 a.m.

In the VFO’s report, changes to the bill list were made. A new list was printed out and given to council members with changes highlighted. The village has also taken possession of the new police vehicle.

The Second Reading for Ordinance 2022-03 for supplemental appropriations. Approved twelve hours of comp. time for Police Chief Jason Simon for the pay period ending May 15th, 2022.

Approved the event permit for the Memorial Day Parade. With no further business to attend to, council moved to adjourn the meeting at 6:21 p.m.