New Drive-In Theatre In Edgerton Plans To Open In July 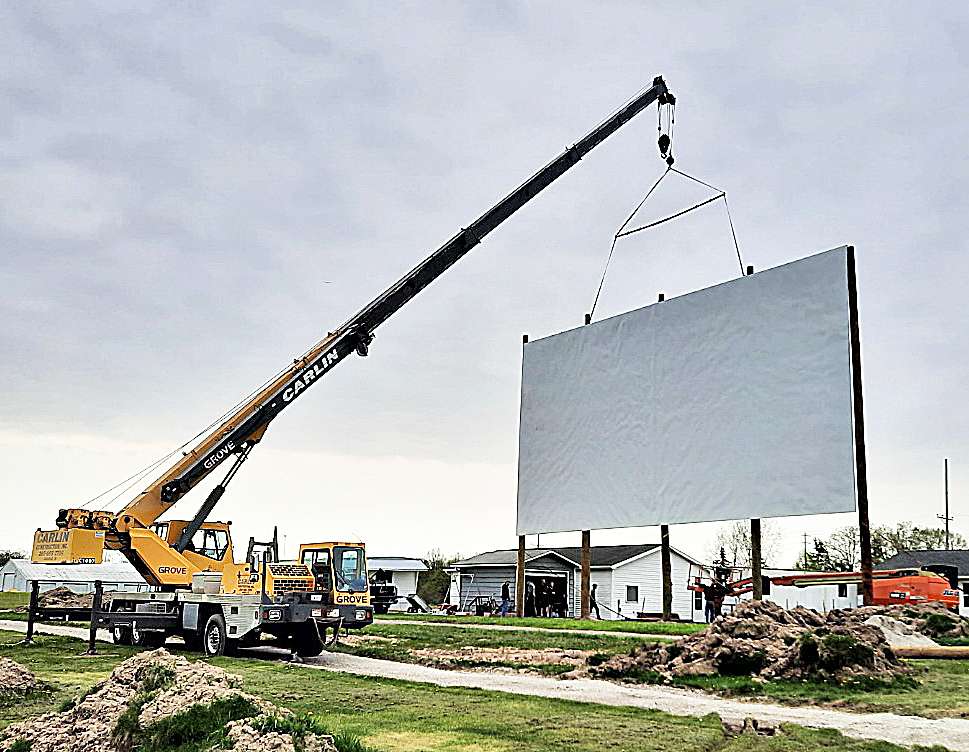 The much anticipated opening of Fleo’s Flicks, a drive-in theatre just outside of Edgerton, will be opening in less than two month. The target date, according to Khris Sines, will be July 8.

The big screen has been put up, so that is a big part of the battle. The screen was acquired from High Speed Welding.

“The last step for the screen is putting up supports on the back,” Sines said. “Then we’ll have the projector setup, which will be in June.”

Khris Sines is involved in the day-to-day operations of the facility, while his mother, Pegge Sines, owns Fleo’s Flicks.

The name of the facility is in honor of Khris’s dad, Leo, who has passed away. Leo was short in stature, so he developed the nickname Flea. Soon, that changed to Fleo.

Fleo’s Flicks will have a vehicle capacity of 200. The sound system will come from an FM transmission, which can be accessed from a car radio, or any portable. There will also be sound speakers throughout the facility.

The facilities will include cornhole and soon to be installed playground equipment.

“I acquired the equipment free of charge, from Butler, Indiana and I just had to find a way to get it here,” Khris said. “We’ll get it up before we open.”

Also included are barricades on two sides of the facilities, to keep it away from businesses. Also, a traffic study was conducted on the facility, so there will be a double lane exit.

As far as what movies Khris plans to show, it won’t be new releases. The releases could be from a couple of months back.

“We have access to movies all the way back to the 1930’s, if needed, so we will show what the public wants to see,” Sines said.

Sines also plans to have various events each weekend, which will include a 50’s night and a Christmas in July night.

Sines also plans to show the Ohio State-Michigan football game and he said there will be a yet to be decided charitable event on that day.

“We’re just about there in getting ready to start,” Sines said. “Right now, we just have a little bit of landscaping to do.” Khris plans to have various events each week.