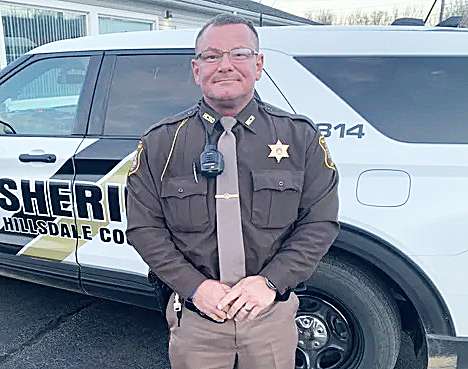 Under the agreement that was announced by the office of Attorney General Dana Nessel, Barkley will be sentenced to three years of probation.

He also will be prohibited from serving in law enforcement in the future.

Barkley exploited his position as a law enforcement officer to coerce a woman into a sexual relationship while the woman was being treated for substance use disorder at a rehabilitation center in Fulton, Kentucky.

While off duty, he used his badge to take the woman out of the facility for the day for the purpose of engaging in sex.

Barkley is also being investigated by law enforcement in Kentucky.

He was fired from the Hillsdale County Sheriff’s Office when the allegations were made against him.

The investigation was turned over to Eaton and Livingston county detectives.

“We hold our law enforcement officers to the highest level of honesty and integrity, and it’s unfortunate when the public’s trust is violated,” said Nessel.

“The Department of Attorney General holds accountable anyone who breaks the law and is a haven for those who have been victimized and exploited.”