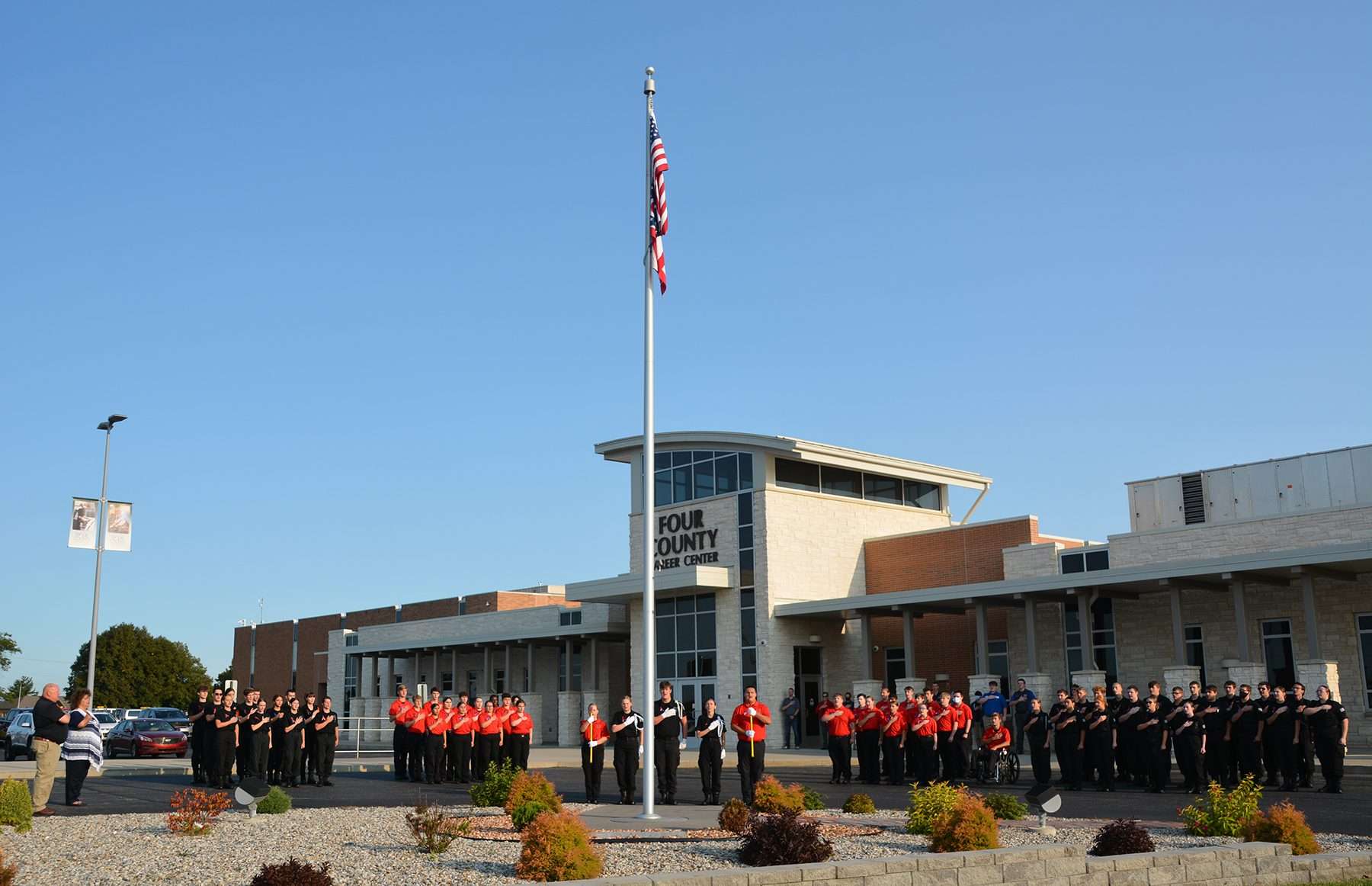 As a tribute to those who lost their lives and to acknowledge the 20th Anniversary of 9-11, Four County Career Center students from the Fire & Rescue and Law Enforcement & Security Tactics classes along with instructors Tonya Fisher and Kevin Thomas, held a Remembrance Ceremony in honor of “Patriot Day.”

Color Guard Law Enforcement & Security Tactics students lowered the flag to half mast in respect for the day. Following a moment of silence in respect for those who have sacrificed so that we may be safe. Taps was played by Ellie Cichocki from Napoleon.Always Remember–Don’t Ever Forget—09-11-01.