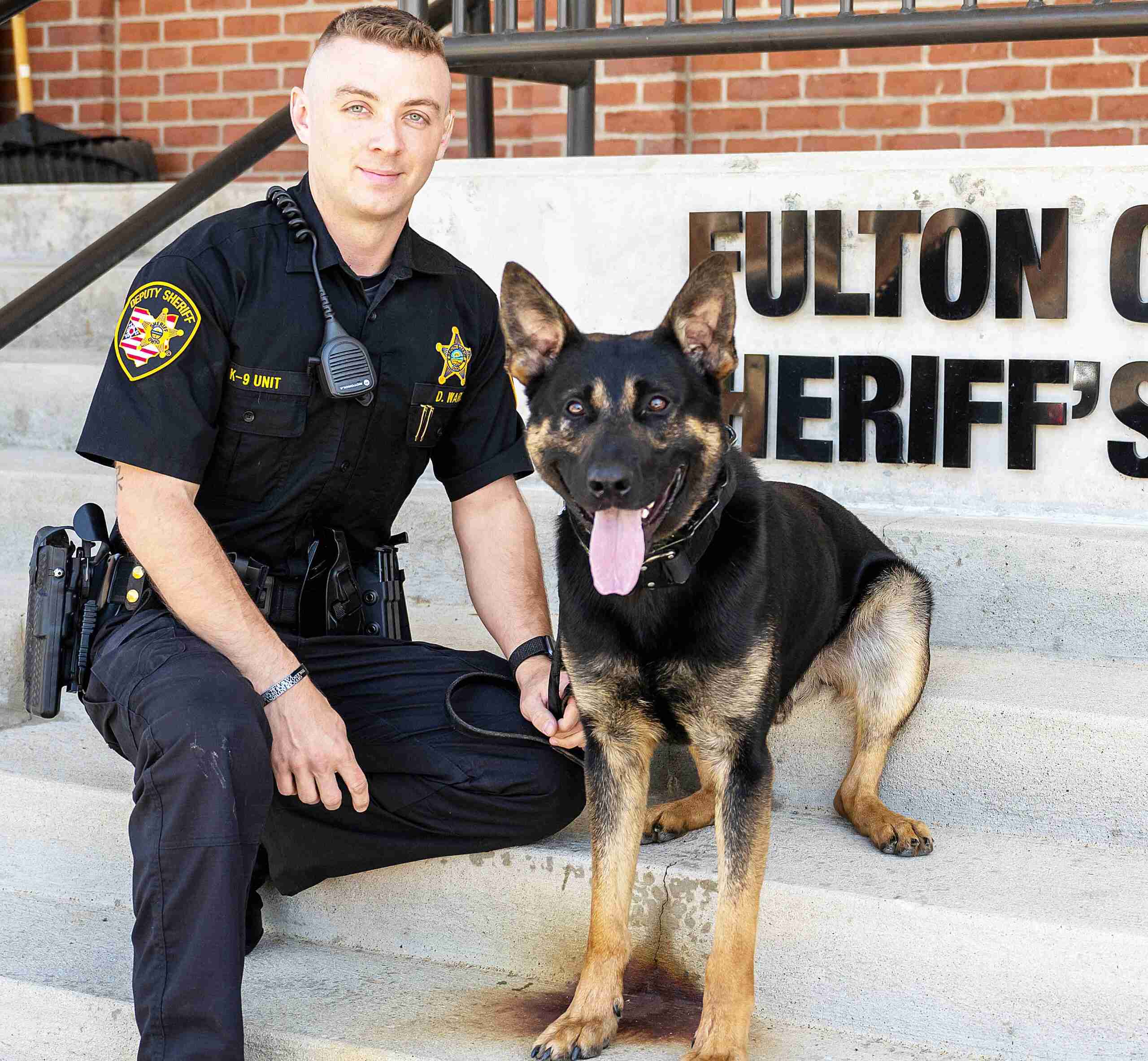 NEW TEAM … Deputy Ward and K9 Dani sit in front of the Fulton County Sheriff’s Office before heading out on shift for the day. (PHOTO BY JACOB KESSLER, STAFF)

The Fulton County Sheriff’s Office has a new K9 team on the force. Deputy Darren Ward and K9 Dani have been working hard to train for their new positions at the department.

They will be joining the other three K9’s at the department who stand ready to serve the people of Fulton County.

Deputy Ward is currently approaching his sixth year at the Fulton County Sheriff’s Office. This milestone will be reached this year in August. Ward is also the drone pilot for the departments drone program and is also a member of the SRT team.

He also used to be a member of two local fire departments. Deputy Ward explained that before the semi-retirement of K9 Maggie, an interest letter was put out for anyone who wanted to become a K9 Deputy.

“I put in for the position and I was selected. I am really excited for the opportunity to have a dog on shift. If all goes well, I will have Dani with me on the job for the next 8 to 9 years. I am hoping to get a lot accomplished on the road,” said Deputy Ward.

He also explained that Dani was imported from Hungary to the Shallow Creek Kennel in Sharpsville, PA. While in Hungary, Dani received some training before also receiving 6 weeks of training in Pennsylvania.

Once Dani was selected by the department, Dani received another 6 weeks of training with Deputy Ward. After the training was finished, the pair headed home and have now been out on the road for the past 2 weeks together.

Sheriff Miller also explained that it is important to have dogs at the department. “I have always thought that K9’s are a useful tool. Being a dog lover myself, it wasn’t hard to decide to have dogs on every shift.”

“I also can’t expect these guys to be on call 24/7, they have things outside of here. This helps with that as well,” said Sheriff Miller.

The Fulton County Sheriff’s K9 program has been made possible in large part to the donations made to it.

Sheriff Miller explained that donations are made from people all the time, in addition to them coming in through organizations like the Back the Blue BBQ, Delta Eagles, and Toledo Kennel Club.

Right now, Deputy Ward and Dani will be patrolling the streets and county roads on second shift. The two will continue to bond over the next while with Dani going home every night to live with his new family.