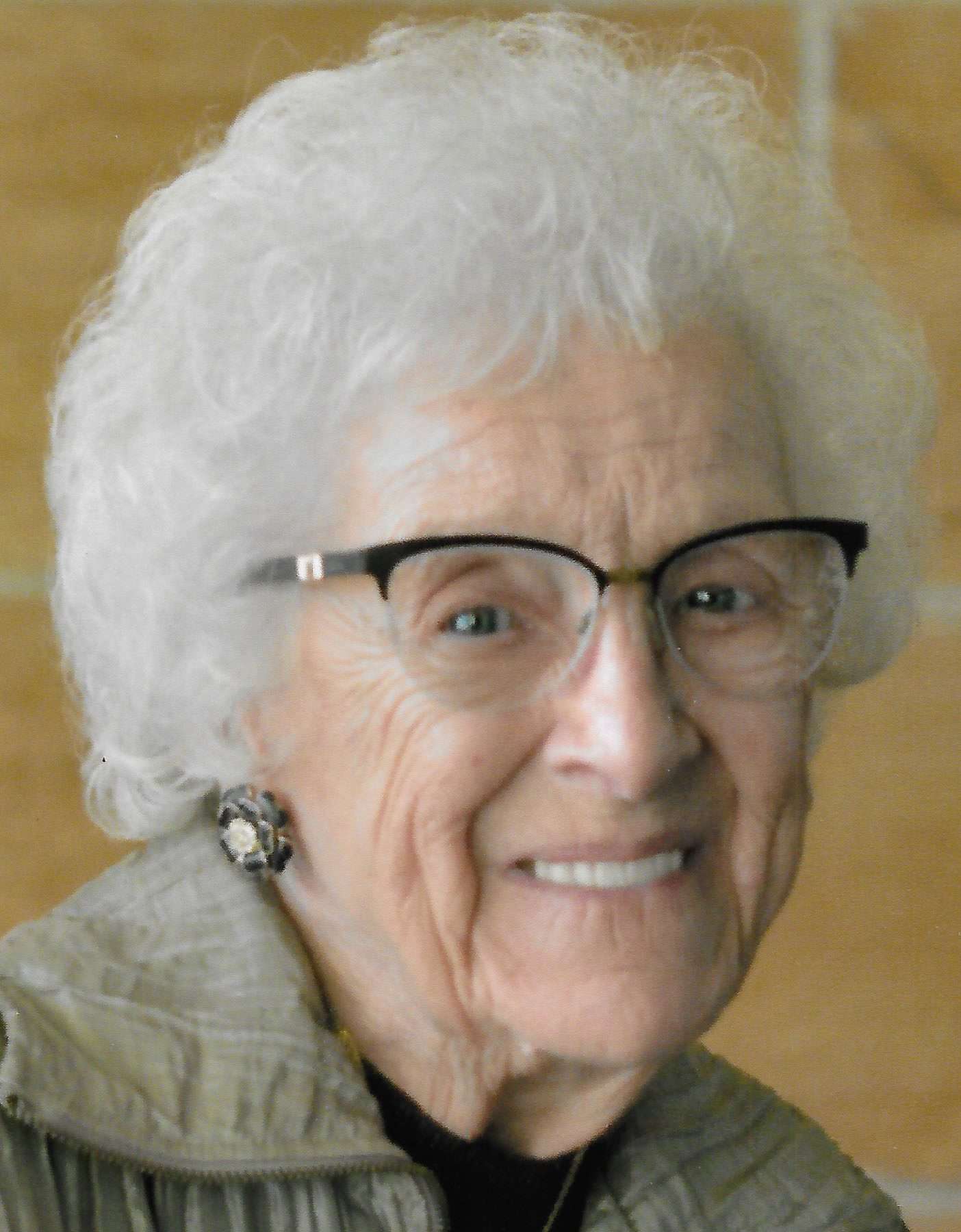 Garnet was born August 27, 1925, in Toledo, Ohio. She was graduate of Defiance High School in 1943 and continued her education obtaining a bachelor’s degree from Defiance College in 1947, and a master’s degree from Indiana University in 1966.

Garnet married H. Olan Smith in Defiance, Ohio and he preceded her in death in 1974. She taught many years at Edon, Ayersville, and Farmer High Schools and eventually retired in education as a Professor Emeritas at Defiance College.

Garnet attended Sherwood United Methodist Church. She enjoyed being a part of many community organizations, including being honored as May Queen at Defiance College, and was a high-ranking member of the Eastern Star, Business and Professional Women’s Clubs, and Women’s Christian Temperance Union.

One of Garnet’s past times was playing in bridge groups with friends. Above all else, Garnet cherished spending time with her family. The stories of her grandchildren and great-grandchildren always made her smile.

Garnet was preceded in death by her parents, Ernest and Gertrude Lano; and two sisters, Helen Hoover, and Virginia Smith.

Preferred Memorials made in Garnet’s name can be shared with Sherwood United Methodist Church or to a charity of the donor’s choice.

Condolences and memories may be shared with the family at www.oberlinturnbull.com